Kris Bernal explains why she moved wedding date to September 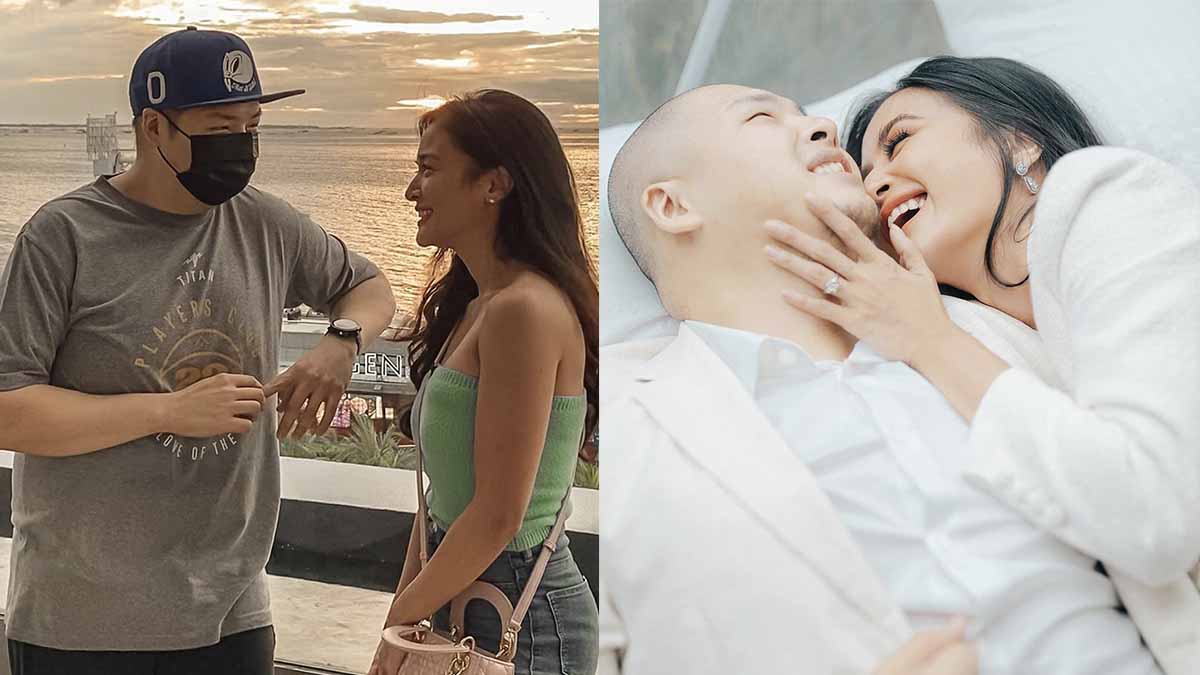 On Saturday, June 5, 2021, Kris Bernal shared a photo from her prenup shoot with fiancé Perry Choi. In her caption, Kris revealed she was originally supposed to get married on this day.
PHOTO/S: @krisbernal on Instagram

Kris Bernal would have been Mrs. Perry Choi by now.

On Saturday, June 5, 2021, the 32-year-old actress shared a photo from her prenup shoot with her fiancé.

The couple's prenup photos were taken by NicePrint Photography at Domescape in Nasugbu, Batangas.

In her caption, Kris revealed that she and Perry originally planned on getting married on this day.

She wrote, "The day I was supposed to turn from Ms. Bernal to Mrs. Choi and my supposed biggest day ever. [church emoji] We were supposed to get married today!

Kris revealed that they had to postpone their wedding to a later date after the country experienced a surge in COVID-19 cases last April.

She wrote, "I remember it was April, when a sudden surge in COVID-19 cases happened and it reached around 12k or 15k a day so we decided to move our wedding instead.

"After careful consultation with our families, friends, and suppliers, it’s with deep sadness and heavy hearts that we had to move the wedding to a latter date because of the coronavirus surge."

Kris recalled crying while sending a message to all their suppliers about their decision to postpone their wedding.

"I remember crying so hard that day as I was having a hard time sending my cancellation message. I think it was one of the toughest decisions that I ever made but we need to prioritize the health and safety of the most important people in our lives.

"Nonetheless, the important thing is, the wedding is not entirely cancelled but moved to a latter date and prioritizing the safety of everyone above anything else. [heart emoji]

"More prenup photos will be out this month! [emoji]"

In her interview with GMA's daytime talk show Mars Pa More last June 2, Kris revealed that she and Perry already picked a new date for their wedding.

Kris added that they are planning to have a hundred guests for their wedding. The actress also noted that she and Perry will shoulder the RT-PCR testing of their guests before they go to their wedding.

Kris and Perry got engaged in February 2020. They've been a couple for over three years before they decided to get married.