"Ask yourself why you’re here. ‘Yon muna. Everything will follow."

– Bea Alonzo, her advice to one who’s starting out in showbiz

Bea Alonzo is in her prime.

She's 30 years old, inarguably the biggest star to come out from ABS-CBN's Star Circle Batch 10 that was launched in 2001.

She was a bright-eyed 13-year-old then in a group of 24 hopefuls.

They included showbiz newbies who are now luminaries in their own right--Dennis Trillo, Andi Manzano, Alfred Vargas, Nadine Samonte, and Karel Marquez.

What is the secret to her star power?

THE ROAD TO BECOMING A SERIOUS ACTRESS. Bea has always had a mature view of things.

In her teens, while her contemporaries in showbiz were dreaming of being the next Judy Ann Santos or Claudine Barretto, she was quietly accepting any role given to her.

In 2007, she was offered the role of Basha in the movie One More Chance opposite John Lloyd Cruz.

The movie was a box office success and her role as Basha would mark Bea as an industry icon.

It was also pivotal moment for Bea, one that would save her from her own misgiving.

She recalls, "I was on the verge of giving up at that time. Kasi parang I was thinking 'ito na ba ‘yon?’ I guess I was looking for a sense of calling, fulfilment na noong time na 'yon hindi ko pa siguro na-realize.

"Part of that was I might have been burned out also because I was doing so many things. Pero 'yong hinahanap ko na calling, nahanap ko siya when I did One More Chance."

After One More Chance, Bea did one unforgettable movie after another which firmly established her cachet in the industry as her generation's queen of Philippine movies.

What makes her an effective actress is the strength of her conviction about her craft.

"I stay true to what the character is about. I always say this.

To young celebrities seeking inspiration, she goads, "Ask yourself why you're here. 'Yon muna. Everything will follow.

SHIFTING GEARS. Bea had promised herself that when she turned 30 last October 17, she would step out of her comfort zone and explore other genres.

Only five months into 2018, she has already done that.

Kasal is her first film for this year.

In this movie, Bea plays Lia, a simple girl from Cebu who is torn between her fiancé (Paulo Avelino) and a former flame (Derek Ramsay).

While the movie is still considered to be core drama, it's a drama with an edge, which is up the alley of its director, Ruel S. Bayani.

According to Bea, "It's my first time to work with Direk Ruel Bayani, and basta 'pag Ruel Bayani, alam mong may pagka-edgy. He was the one who did No Other Woman, at the time na hindi pa uso ang mistress movies.

"But with this one, na-appreciate ko 'yong growth niya as a director kasi it's more quiet than the past films he's done. And dati, normally dalawang babae ang nag-aagawan sa isang guy.

"Advice I would you give to my 20-year old self? Relax. Everything's going to be fine."

HER VIEWS ON LOVE AND MARRIAGE. For Bea, pain and sacrifice are part and parcel of making the commitment to love someone.

"Gano'n talaga. Love will make you or break you. Love can hurt you.

"It's almost impossible not to get hurt by love. You just have to choose what or who is worth the pain."

When asked to name the married couples she finds admirable, she mentions Judy Ann Santos and Ryan Agoncillo; Richard Gomez and Lucy Torres; and Dimples Romana and her non-showbiz husband, Boyet Ahmee.

"That's the most important thing. I mean, regardless of all the hardships, I think it's really the commitment that matters. It becomes a choice. 'Di ba after ng falling in love stage, love becomes a choice?

"It becomes a choice."

FULL SPEED AHEAD. Bea shares she had had wistful moments, that maybe it would be nice to try something else other than showbiz, to have a regular job like other people.

Those were merely passing thoughts as Bea is convinced she is in the right place.

"After seventeen years of searching for what it is that I can do, parang wala akong makita na I have the same passion for.

"And I feel like, to be successful, dapat nag-uumpisa lahat sa love for what you do.

"And then the money follows, or the fame follows, everything else follows.

"I want to be an actress forever, as long as I can.

"But eventually siguro, gusto ko rin mag-try ng ibang role in the industry. Maybe I would like to get into producing films. Baka 'yon. Definitely not directing. Maybe producing, in the future."

"A lot of people have been asking me that, kung gusto ko mag-try ng theater. Yes, I want to but at this point, I'm too scared to try. Maybe I have to prepare for that." 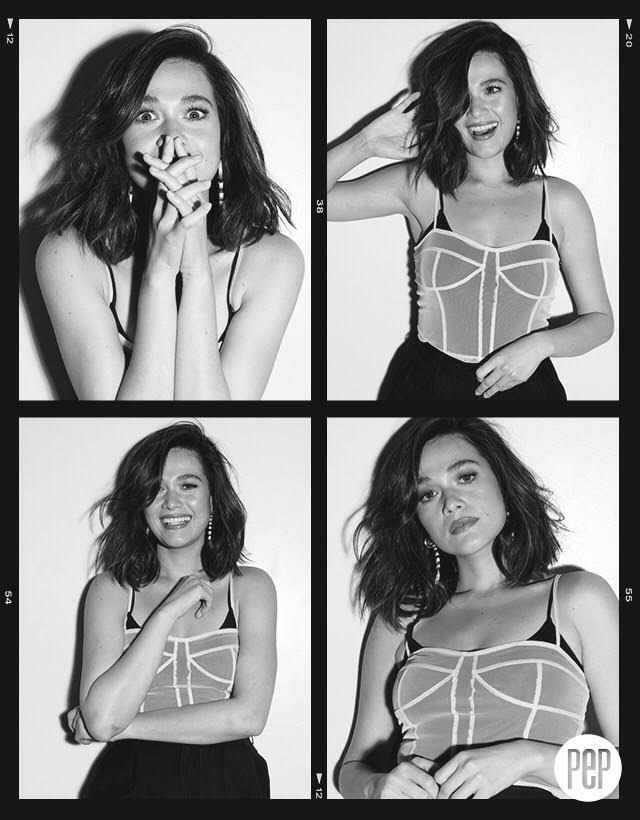 Bea's eyes light up when she talks about the immediate future.

There's another movie to look forward to this year--Eerie, a mystery thriller directed by young filmmaker Mikhail Red. It's Bea's first foray into this genre and she's very excited about it.

Aside from exploring other film categories, she also wants to enroll in the New York Film Academy, get into art, try archery, take up culinary arts.

Her wish list is long, and she is raring to give it all a go.

There is no stopping Bea once her mind is made up.

Special thanks to Joshua Roque of Star Cinema