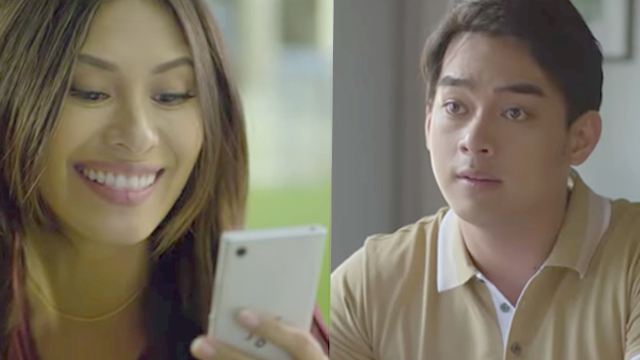 Are you having a difficult time looking for love? If yes, why not try using a dating app? These days, to find “the one,” you’ll need to download a dating app, swipe right—or left—a bunch of times, find a match, chat with him, and go on a date in the hopes of taking things one step further.

Love in time of social media is the subject of the new online romance series FindHer. Produced in part by Smart Communications and directed by critically acclaimed filmmaker Victor Villanueva (Patay Na Si Hesus), the seven-episode YouTube show is a fresh and provocative offering that reflects on the millennial generation’s search for love and connection in the crazy yet empowering age of touchscreens.

Aided by slick cinematography and editing, and a witty script by award-winning writer Carl Chavez (All of You) and best-selling author Rod Marmol, FindHer captures the ups and downs, surprises and anxieties of finding your “forever” via dating apps and social media.

Here’s why you should watch this rom-com now:

FindHer follows the lives of young professionals Lia, Aika, and Gabe as they try to deal with the realities and challenges of dating in the digital age. While the process of getting to know someone has changed, the fact that the road to true love is paved with lots of complications has not.

The series emphasizes this by touching on familiar dating elements: love triangles, the friend zone, not-so-nice guys (called “fun boys” in this series), support systems who give unsolicited advice, plus all the feels of falling in love. It ends with an unexpected twist that may surprise you.

Lia is played by emerging actress Barbara Ruaro (Kung Paano Siya Nawala), while the role of her bestie, Aika, is portrayed by former Pinoy Big Brother housemate Dionne Monsanto (Tubig at Langis). Stage and film actor Vance Larena (Bakwit Boys) brings a boyish likeability to the character of Gabe, and comedian TJ Valderrama plays a scene-stealing waiter who enlightens Lia and Gabe on the link between love and quantum physics.

Each episode is less than 15 minutes long, which means you can easily watch all seven in one sitting—or watch most of them on your phone while sitting through traffic or getting a mani-pedi. You can even watch the pilot episode here. It’s 10 minutes that’ll go by really fast.

3. IT’S AVAILABLE NOW AND FOR FREE.

No need to subscribe or sign up for a streaming service. All seven episodes are now available to watch on YouTube on your smartphone, tablet, or computer. Or better yet, stream the series using Smart Giga99, which gives you 2GB plus 1GB for streaming videos on YouTube, iflix, etc. for seven days. To register, simply dial *121#.

Stop asking, #IsLoveOnline, and find out for yourself by watching FindHer. Watch all episodes here. Follow Smart on Facebook for more updates.