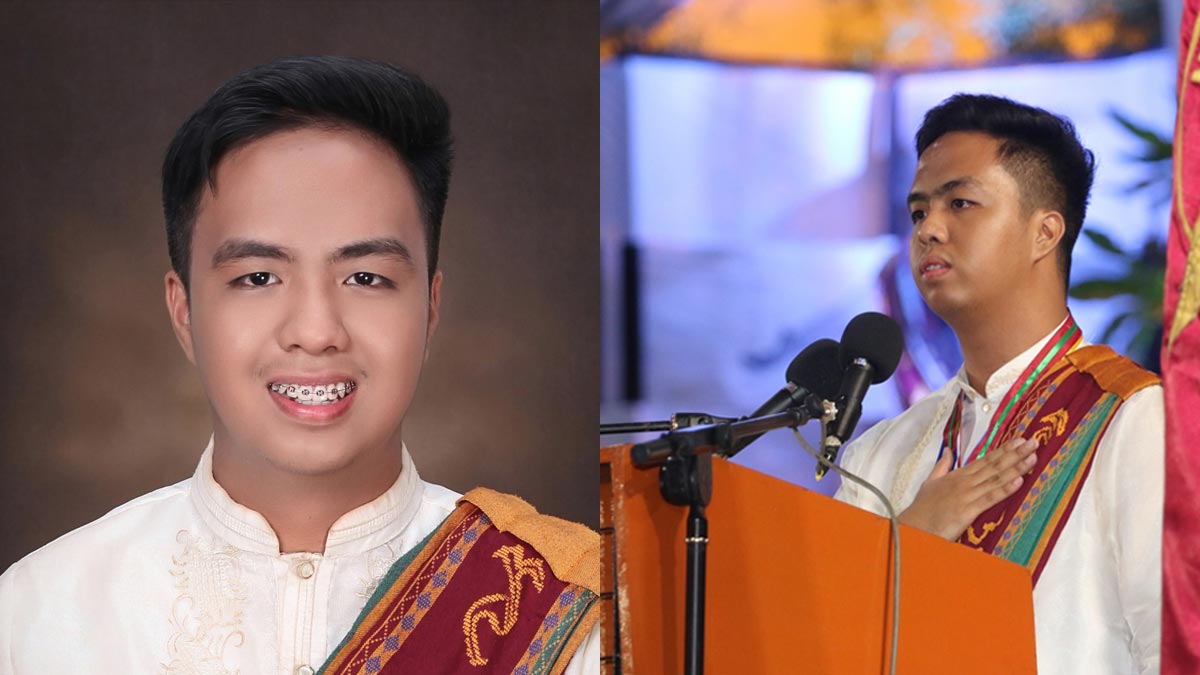 "When I first came to Manila before going to UPLB, the reality of poverty hit me seriously."

Helbert A. Paat began his commencement speech to the faculty and graduating class of the University of the Philippines Los Baños College of Arts and Sciences last June 20, 2019.

Helbert told a story about growing up in a meek household in Cagayan with his father toiling in the farm and his mother working as a saleslady to send him and his two siblings, Angelbert and Margarete, to school.

"Every peso is a product of their intense labor," the achiever recalled. "Every day is a battle to get our needs met."

A math whiz, Herbert originally planned to take up Accountancy in UP Diliman.

However, after seeing the results of his admission test, the university redirected Herbert to the Applied Mathematics program in UPLB.

Department of Science and Technology granted him a scholarship.

Having accomplished that, Helbert set out to reach the highest honor in the university, the second on his must-do list.

With hard work matched with his never-say-die attitude, he slowly saw the fulfilment of his dreams.

"Above 1.20 every sem yung GWA (general weighted average) ko for the first four semesters, and I could not believe it.”

He writes he had moments of doubt when all that kept him up was his faith in God.

“Before, I had all these feelings of insecurity, of lack of self-worth. Whenever I scored low on my exams, sometimes I thought it defined my worth. But when I came to know God, everything changed.”

Helbert is thankful to have completed his studies, with a glowing resume to show for it.

Beyond the formula, statistics, and risk probabilities that mathematics has taught him, Helbert has done well with the simplest of guidelines.

Helbert finished his valedictory speech urging his fellow alumni to step up and serve the country.

He challenged each of them to free themselves from their own poverties that can come in resources, knowledge, and soul.

He said, “Only then can we be honorable and excellent.”