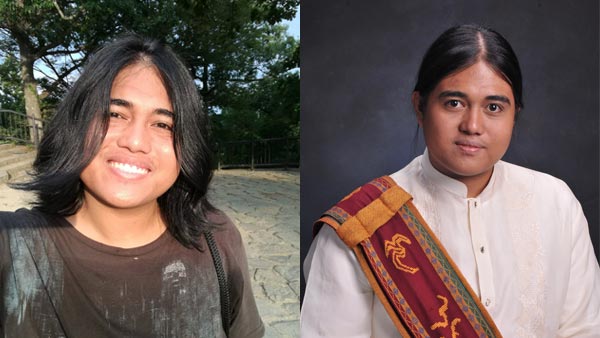 It has long been believed that there is no formula to success.

Yet for University of the Philippines student Leo Jaminola, it only consists of one thing—relentless hard work.

Although the award came as a surprise, it was his reward for studying hard while working as an encoder, transcriptionist, library assistant, tutor, writer, and food vendor to support his own education.

"Juggling jobs, academics, and organizational involvement was not an easy feat," Leo said in his viral Facebook post.

He also shared that he would often choose work over studies, knowing that it is the one that would help him with his increasing debts and expenses.

His sacrifices eventually rewarded him with more than what he expected.

His father earned a day's wage of 210 to 250 pesos while working as a messenger at the local municipal hall. His mother, meanwhile, just stayed at home taking care of him and his younger sister, Sas.

Despite their lack of funds, Leo is grateful for his relatives who were kind enough to aid them in their expenses and granted them "some level of privilege."

LEO: AN ACHIEVER SINCE HIGH SCHOOL

Leo took his secondary education at the Regional Science High School in Mindoro, which was two towns away from his house.

He managed the daily commute by hitching a ride with a neighbor who drove a school service to and from the campus.

Aside from the ease in travel, Leo's mother also insisted on having him enrolled there because of the quality of education that the school offers.

Being the obedient son and diligent student that he was, Leo persisted in his studies until eventually, he graduated as salutatorian of their class.

LEO HUSTLING FROM MORNING TO MORNING

Leo's family was supportive of his decision to study BA Political Science in UP Diliman.

But while his parents expressed their delight, he was having apprehensions about his expenses in Manila.

Leo then decided to help himself and his family by working six jobs while he studied.

His day would start at 9:30 a.m., when he would walk out of his dormitory inside the UP campus and into the classroom for his first class of the day.

By four o'clock in the afternoon, Leo would shift from student to freelancer.

Every day was a long day for Leo. And as if his 10-hour hustle wasn't enough, he would still study or do projects for his organization until two to three in the morning.

Adding to his packed schedule and promising resume, Leo also flew to University of Tokyo to participate in the university's Global Studies in Asia program from March to August of last year.

He applied for the scholarship offered by UP and was lucky enough to be the one awarded with it.

And even when he was abroad, Leo still continued working part-time jobs.

He became an English tutor to Japanese kids and facilitated camps as a councilor. 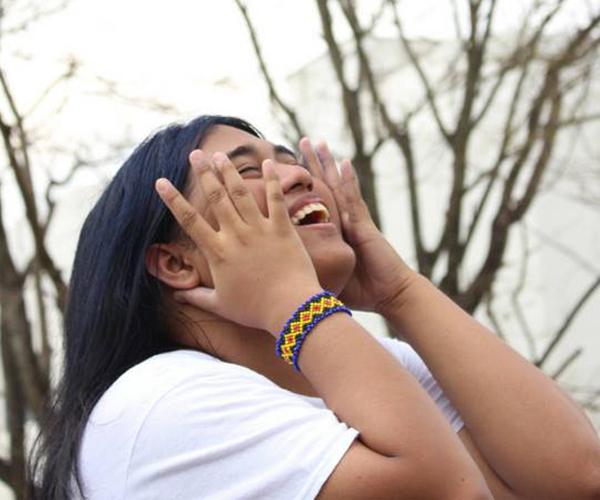 Throughout his college life, Leo found his finals week the most difficult to manage.

This was usually the time when the demands of his work and studies would pile up at the same time.

But the wise, young man knew how to defeat the odds.

"I was actually surprised [by] the results." 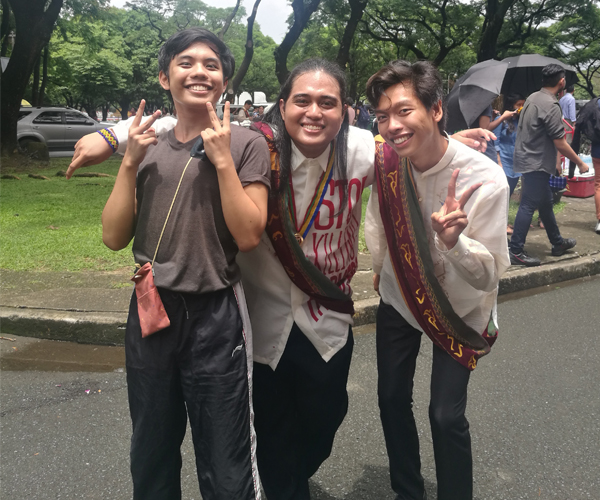 Family and friends are what kept Leo motivated throughout his five-year journey in college.

Whenever he felt exhausted, the working student would find refuge in his friends who redirect him to his goals.

"Sa times na pagod ako, nakikipag-usap ako sa friends ko 'cause most of my friends go through the sane struggle.

I actually thank [them] for keeping me sane during those five years," Leo says.

And although he doesn't visit his parents regularly due to budget constraints, he makes it a point to call them as much as he can.

He shares that his family and his community are what motivated him to study and work hard.

LEO AND HIS NEXT GOAL

Empowered by his achievements in work and school, Leo continues to live by his goal to provide help to his family, his community, and other victims of poverty.

Right after graduating from UP, Leo started working as a researcher at the Ateneo de Manila University Policy Center.

He began his new journey with a hopeful heart, knowing that his research will benefit his friends and neighbors.

"[It] must also lead to action–a necessary step in helping people free themselves from their chains," he said.

Leo also advised the youth not to be discouraged when faced with failures.

Instead, they must continue aiming for the best and "after education, kung mapalad tayo na makaalis from poverty, sana tulungan rin natin [ang iba] makaahon."