This Pinay came to Singapore as domestic helper, now she's a famous photographer 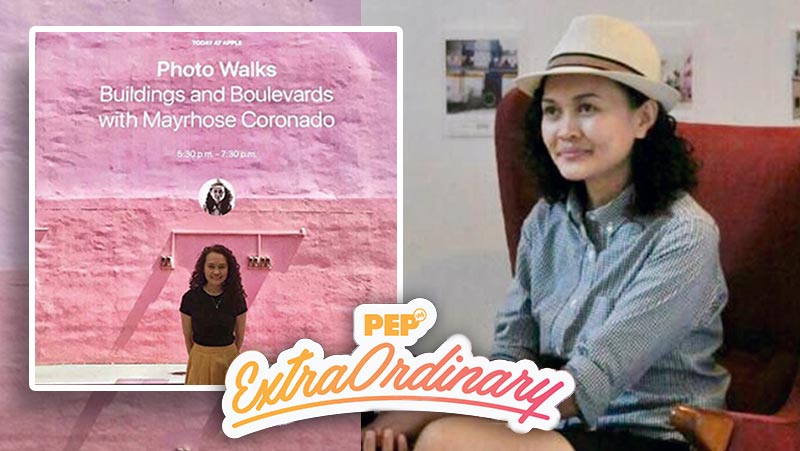 May Coronado shares her inspiring journey in Singapore, and shatters the stereotyped mold of household helpers.
PHOTO/S: PHOTO COURTESY OF MAY CORONADO

Mayrhose Coronado has been working as a Filipino domestic helper in Singapore since 2009.

It was not what she had in mind when she left her job in Manila as a Food & Beverage trainer to find a better-paying work abroad, preferably in the same industry.

It had not been easy for Mayrhose to accept her new situation, but as fate would have it to those who don't give up, life throws some surprises when you least expect them.

She is now one of Singapore's distinguished photographers, and has been collaborating with the Singapore Tourism Board and Apple Singapore on various projects. She also has 22,900 Instagram followers to date.

In an online interview with PEP.ph (Philippine Entertainment Portal), May recalls how her career path turned out better than she expected in the Lion City.

She relates, "After I left my job as F&B trainer in the Philippines, I decided to look for work abroad," she says.

"So I went to Singapore, hoping to land a job in F&B industry. But things didn't turn out as planned. I didn't manage to get a job."

May was disheartened, knowing that her younger sisters needed money to get through their studies back home.

Desperate and confused, May resolved to become a domestic helper.

She continues, "My first few months of working here as a domestic worker was so depressing. I had a really hard time adjusting to this new environment that I'm in and spent most of the evenings crying myself to sleep, thinking that I am worthless."

May also felt alone in her battle. At that time, she couldn't see herself winning it just yet.

"For four years, I isolated myself socially. I avoided interacting with other people as I felt that I am not worthy enough, that I am not good enough."

MAY FINDS HER PURPOSE IN PHOTOGRAPHY

May soon realized that her situation would not change unless she changes her perspective of it.

She says, "But I knew back then that I only have two choices, it's either to feel miserable about situation or go out there and face the world."

May chose to float rather than sink amid her oceanic woes, and everything since then has gone swimmingly well for the 34-year-old domestic helper.

She tells PEP.ph, "In 2014, I came across Aidha... a non-profit organization [that] provides financial literacy for foreign domestic workers."

May enrolled in one of its courses where she learned the basics of investing.

Not only did she find means to expand her knowledge, she was also able to discover her untapped talent for photography.

It happened when she was just strolling around the city with her Xiaomi 1S phone.

May narrates, "It was on a sunny Saturday afternoon in December of 2014 when I came across Purvis Street.

"I instantly fell in love and was so fascinated by the shophouses that I started taking photos and showcasing them on Instagram. "

From there, she began seeing the positive side of every situation and opening up to the world she is in.

She continues, "Little did I know that through Aidha and photography, my perspective in life would change dramatically.

"They helped me regain the self-confidence that I once lost.

"They helped me realize that it is possible to achieve my dreams regardless of my situation or circumstances... to live life to [its] fullest potential."

A changed person by now and confident of her gifts, May continues to take photos of the vibrant streets of Singapore.

"I decided to continue taking photos of Singapore's older neighborhood because it gives me the freedom of expression.

"It gives me a sense of belonging. Also, something that I look forward to on my off days.

"It keeps me grounded, and photography is something that keeps me going."

MAY WINS COMPETITIONS AND SIGNS COLLABORATIONS

May began to prosper as a photographer when she first joined a global Instameet, a social gathering of Instagram users in Singapore.

She relates, "I learned about Instameet through the local Instagram communities that I have been following on IG.

"And I thought that it would be the right time for me to reach out to this amazing group of people," she explains.

Through Instameet, she interacted with like-minded people who eventually helped boost her number of IG followers.