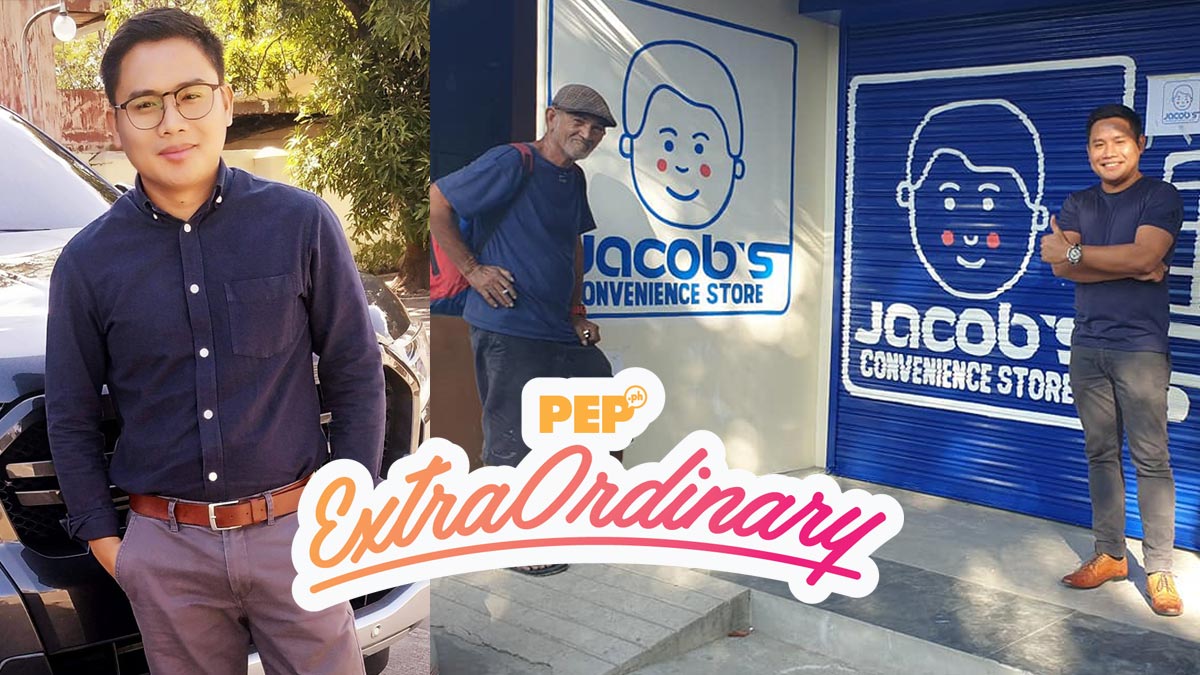 These two strangers met at the time when each, unknowingly, was in need of the other.

Architect-entrepreneur Donn Brian Camus was looking for someone he could trust to do the signage for his shop, Jacob's Convenience Store.

Camus narrated in the now viral Facebook post the happy turn of events that began in the afternoon of February 20.

In an interview with PEP.ph (Philippine Entertainment Portal) on March 2 via Facebook Messenger, Camus elaborated on what happened.

"I just gave him a printed copy of the logo, which is designed by my good friend, a graphic artist from Dubai named Jay-ar Vergara."

Mang Ruben then copied the logo design on the steel shutters of the store, which is along San Buenaventura Street in Pasig City.

"He first drew it with chalk, then my staff sent photos to me for approval.

"At first, I was skeptical because I didn't like the outcome of his sketch.

"I'm a bit keen to details being an architect myself and my main startup business is retail construction."

Camus said he almost rejected him.

He told PEP.ph, "When I spoke to him via mobile phone through my staff, I even asked Mang Ruben to just cancel [the task] because I didn't like his mockup sketch.

"And since he already spent three days for the blue background and sketch, I said I'll just pay the days he already rendered for the work."

But after realizing how much this project would help Mang Ruben's situation, he let him carry on with the work.

According to Camus, he saw the determination of Mang Ruben to prove his true capabilities when the signage maker assured him "the final output will be better."

Mang Ruben made good his word. After working four hours a day for five consecutive days, he surprised Camus with an impressive finish.

The architect-entrepreneur concluded his Facebook post with a lesson he learned during the short time he worked with Mang Ruben.

"Let's give the man a chance to make a living and build hope by doing his craft."