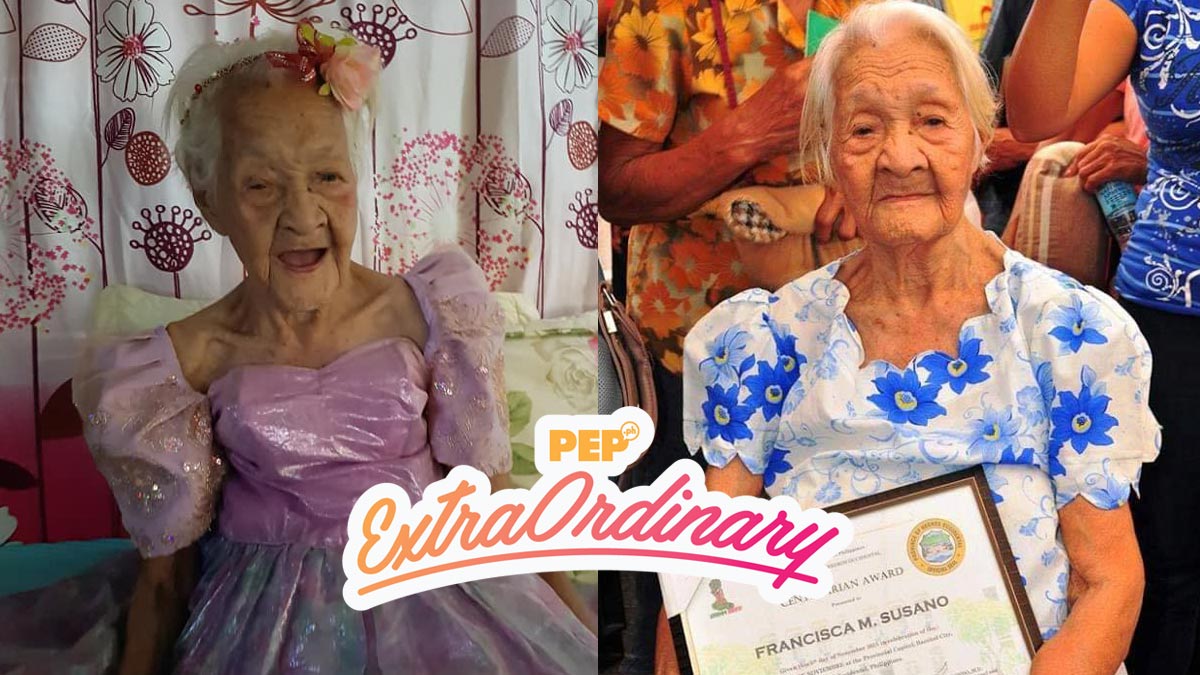 Francisca Susano is proving that a healthy lifestyle is the best defense against disease and aging.

Lola Francisca may just outlive the COVID-19 virus as well.

The secret to her longevity is simple—a nutritious diet packed with veggies that are cooked without additives.

Her family is into farming, and Lola Francisca eats only the vegetables that they grow.

She got married at the age of 14 and gave birth to eight children.

Her eldest is now 99 years old.

Francisca has more than 100 grandchildren up to the fourth degree.

Merlene said her grandmother has difficulty standing up, but she can still hear, speak, and even sing!

Another granddaughter, Helen Cachero, said their family had submitted documents to the Guinness Book of World Records to prove her lola may just be the oldest living person today.

Guinness World Records previously gave the title to Kane Tanaka of Fukuoka, Japan, who was 116 years old during the awarding ceremony on January 30, 2019.