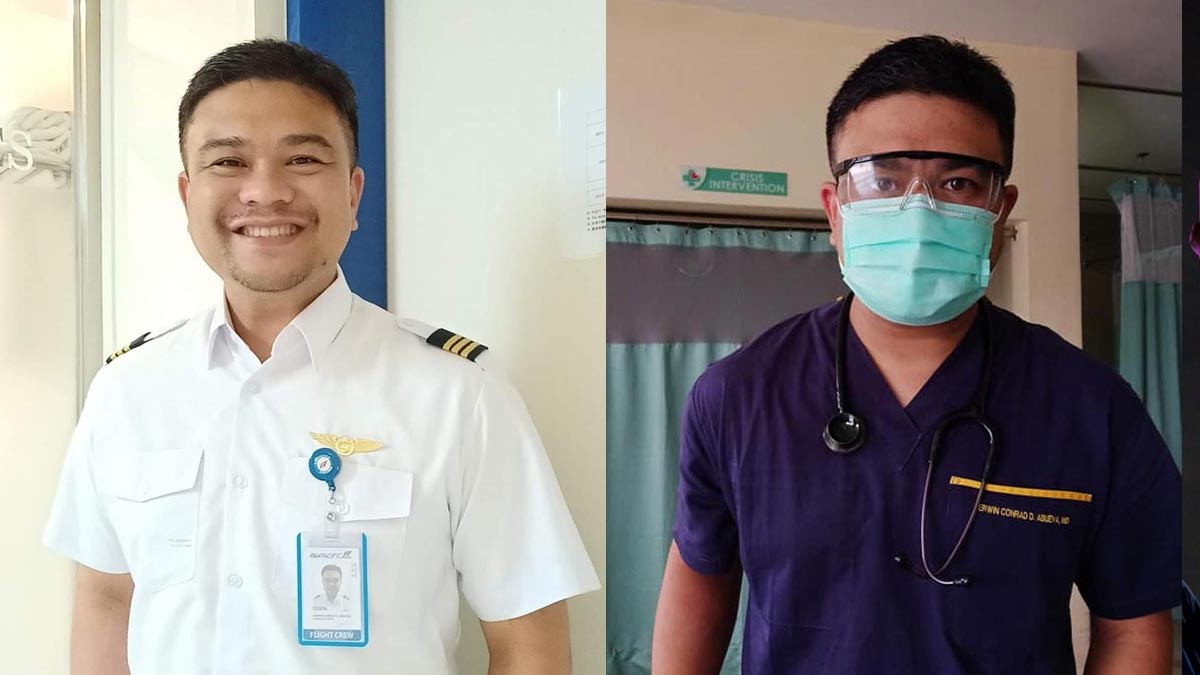 Erwin Conrad Abueva is fulfilling not just one but two vital roles in the country's fight against the COVID-19 pandemic.

A first officer pilot of Pan Pacific Airlines, Abueva is dubbed the "Filipino Flying Doctor," being also an emergency room physician at the Carmona Hospital & Medical Center (CHMC) in Cavite.

The 40-year-old doctor earned the tag after flying out Overseas Filipino Workers (OFWs) from East Timor to Manila on May 25, 2020.

"Performing my two jobs: first as a pilot and second as a doctor within the same day.

"Being a frontliner both in the skies and on the ground for fellow Filipinos is an opportunity to be grateful for.

"Thank you, Lord God, for keeping me sane and healthy."

He talked more about his experience in his interviews with PEP.ph (Philippine Entertainment Portal) via Facebook Messenger on July 6, and through Zoom video call on July 7.

"As early as May 1 kasi, alam ko na ang duty ko as a doctor, and when I checked, May 25, meron akong duty talaga sa CHMC.

FROM pilot TO DOCTOR IN ONE DAY

Geared in his pilot uniform, Dr. Abueva left his house at 4:10 a.m. and started his aviation duties at 5 a.m.

He described how his day went: "As early as 5 a.m., we were at our head office sa Pan Pacific Aseana.

"Then from there, we went directly to NAIA Terminal 1 kasi we were scheduled to depart from NAIA at 7 a.m. 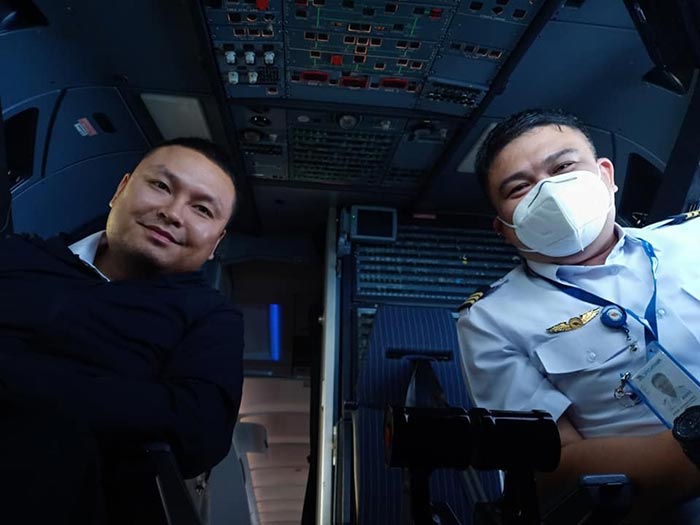 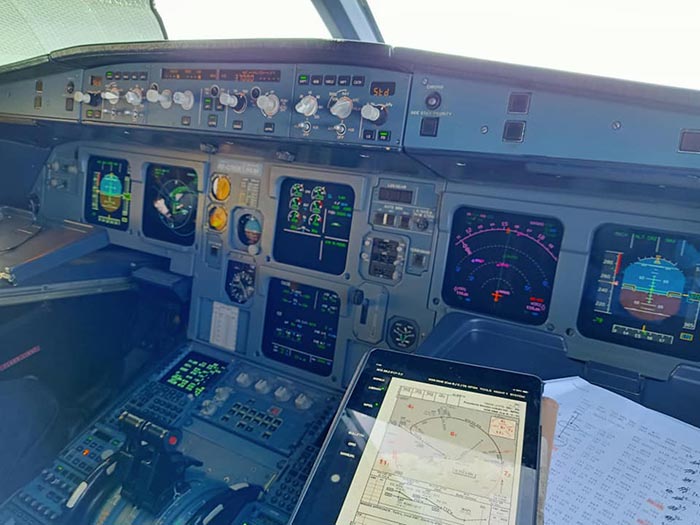 Their plane landed on East Timor four hours after it departed Manila.

Dr. Abueva told PEP.ph he was glad to have been given the task to bring home around 50 OFWs yearning to reunite with their families. 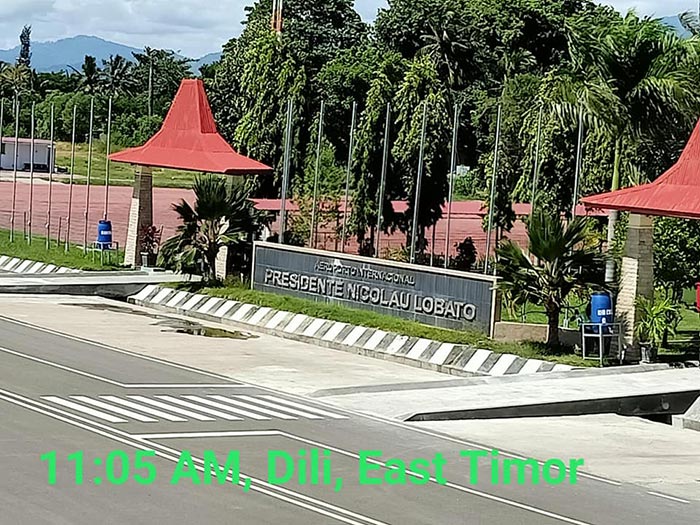 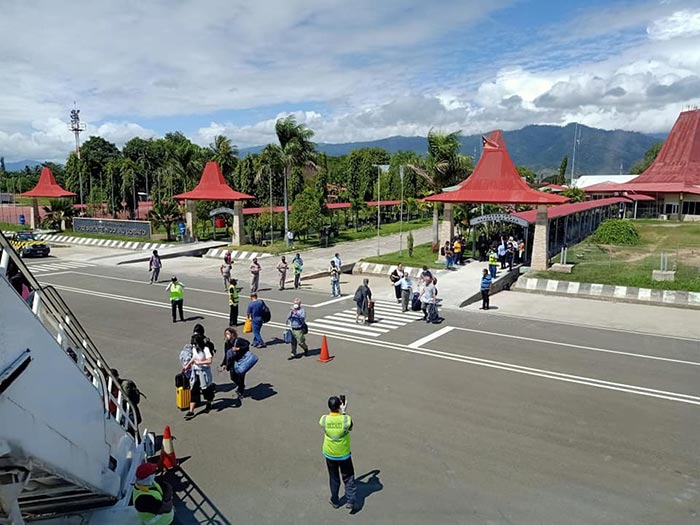 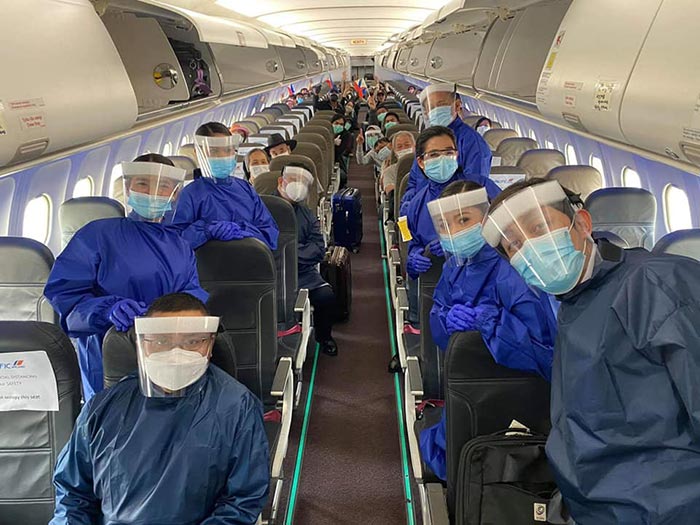 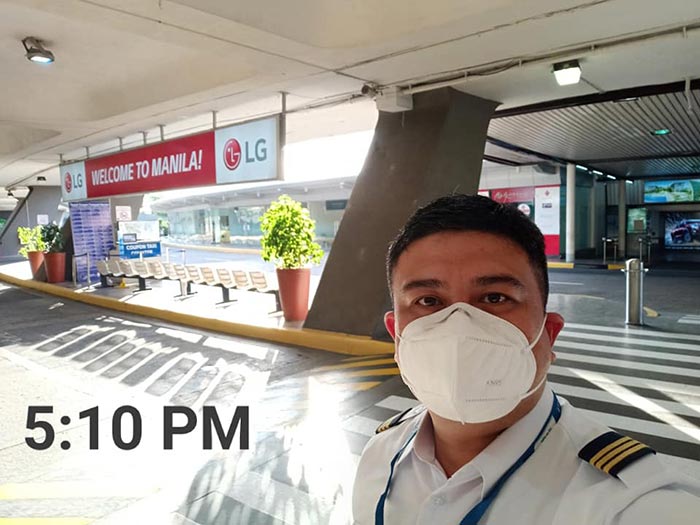 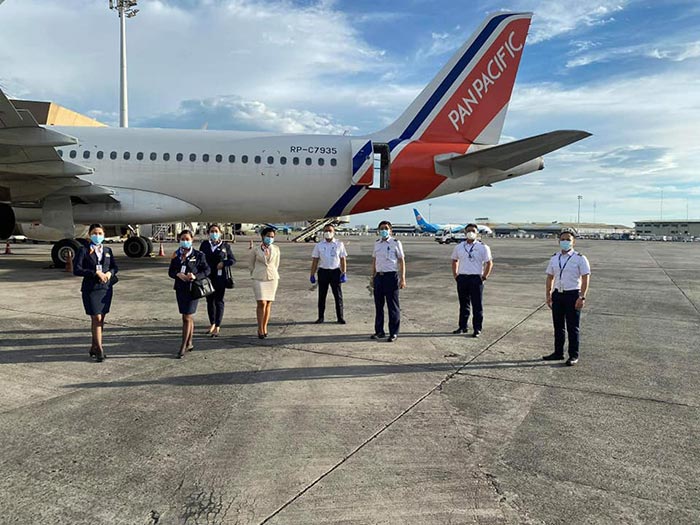 On that partcular day, while his airline crew were heading home, Dr. Abueva was starting the second half of his day.

He recalled, "I left the office and drove directly to CHMC at 7 p.m. I had to be there.

"Then after that, tuluy-tuloy na kinabukasan hanggang May 26, working as a physician naman." 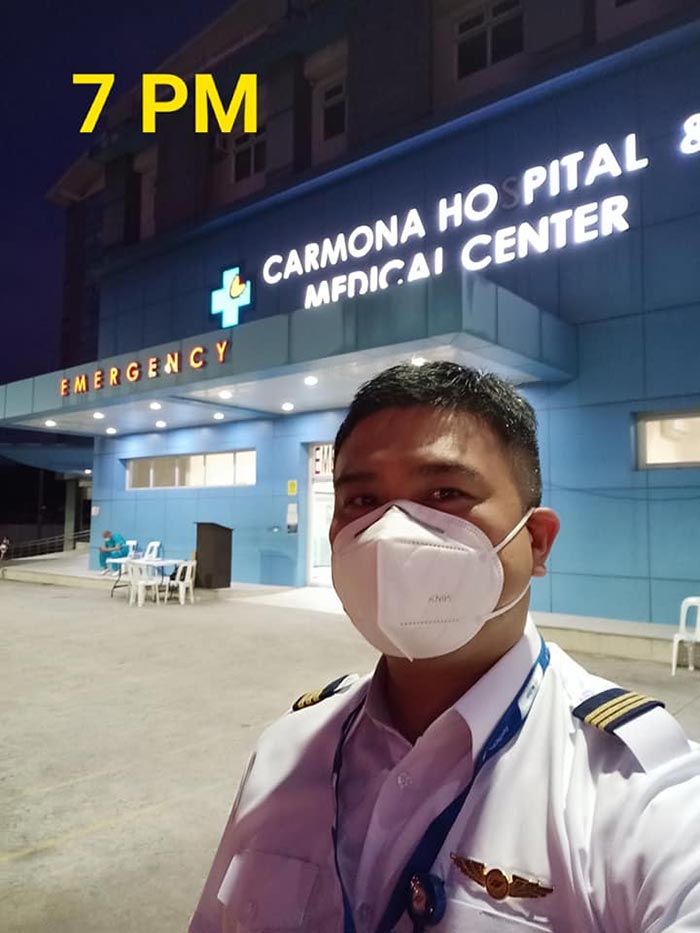 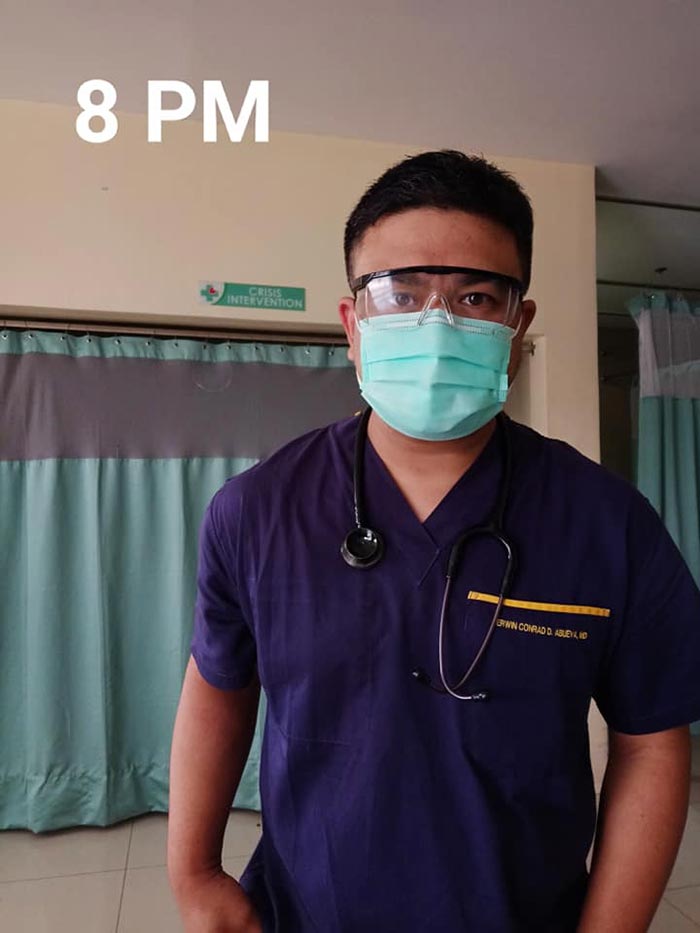 getting HIS MEDICAL AND PILOT LICENSES

His mother, a nurse, wanted him to become a doctor, but Dr. Abueva did not take it seriously until he was about to graduate from college.

What he wanted was to become a pilot. 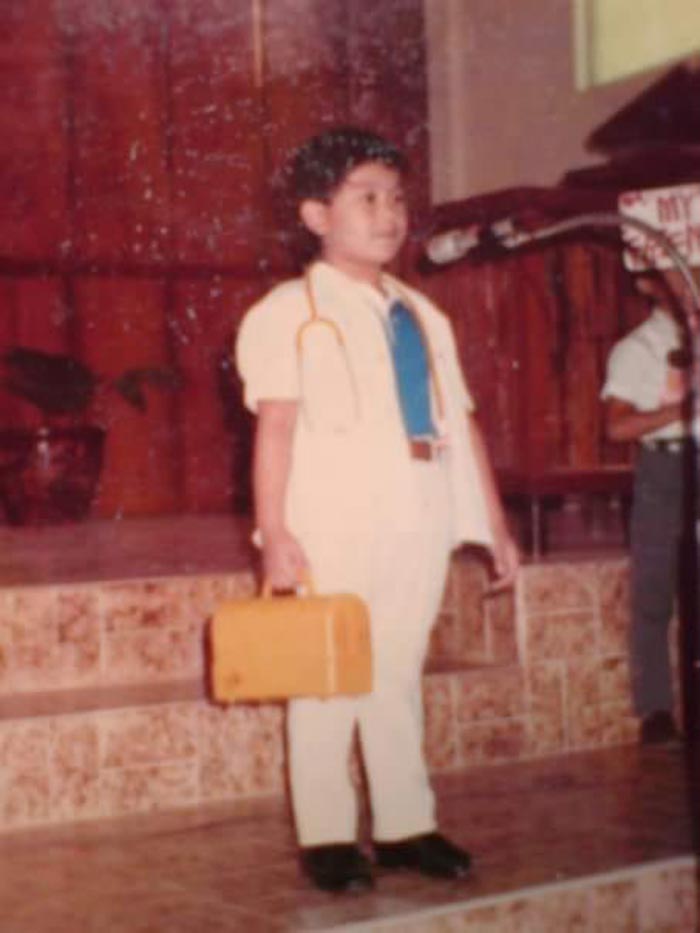 However, he settled on taking up Biochemistry in college because his mother and his father, a policeman, couldn't afford to send him to aviation school.

He proceeded further to pursue medical studies at the University of the Philippines, Manila, where "wala naman gaanong tuition fee." 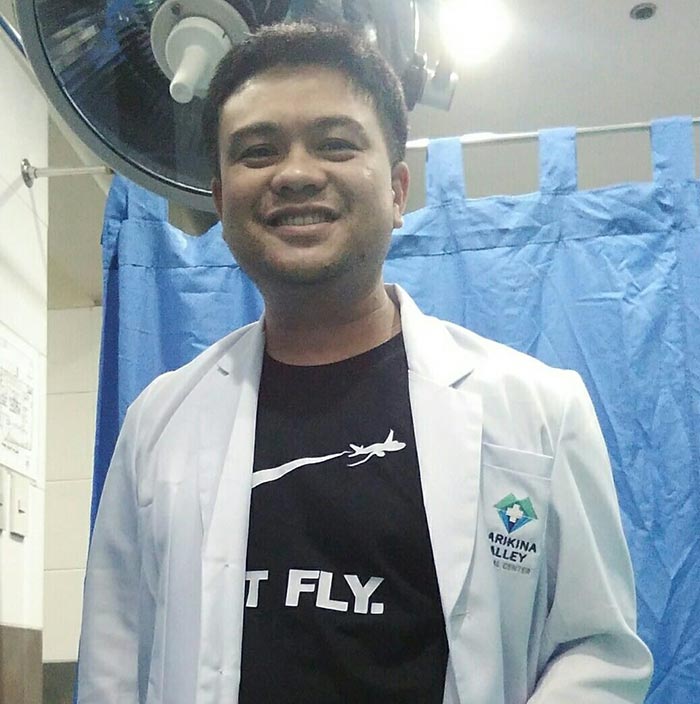 Dr. Abueva then recounted to PEP.ph how he achieved his long-held dream of becoming a pilot.

He said, "When I graduated from medicine course, the only specialty I wanted to pursue was neurosurgery.

"I was lucky that I got accepted in a neurosurgery training program at the UP-Philippine General Hospital.

"I was a resident-in-training for more than two years, but did not finish my third year.

"After I left UP-PGH, I started working as a general practitioner in many tertiary hospitals in Marikina and Batangas.

"I tried applying again for training in neurosurgery in other medical institutions, but to no avail.

"My wife, who's a flight attendant at Philippine Airlines, encouraged me to study aviation instead.

"At first, I was hesitant. But after a few months of self-examination, I considered the idea. After all, flying was my childhood dream." 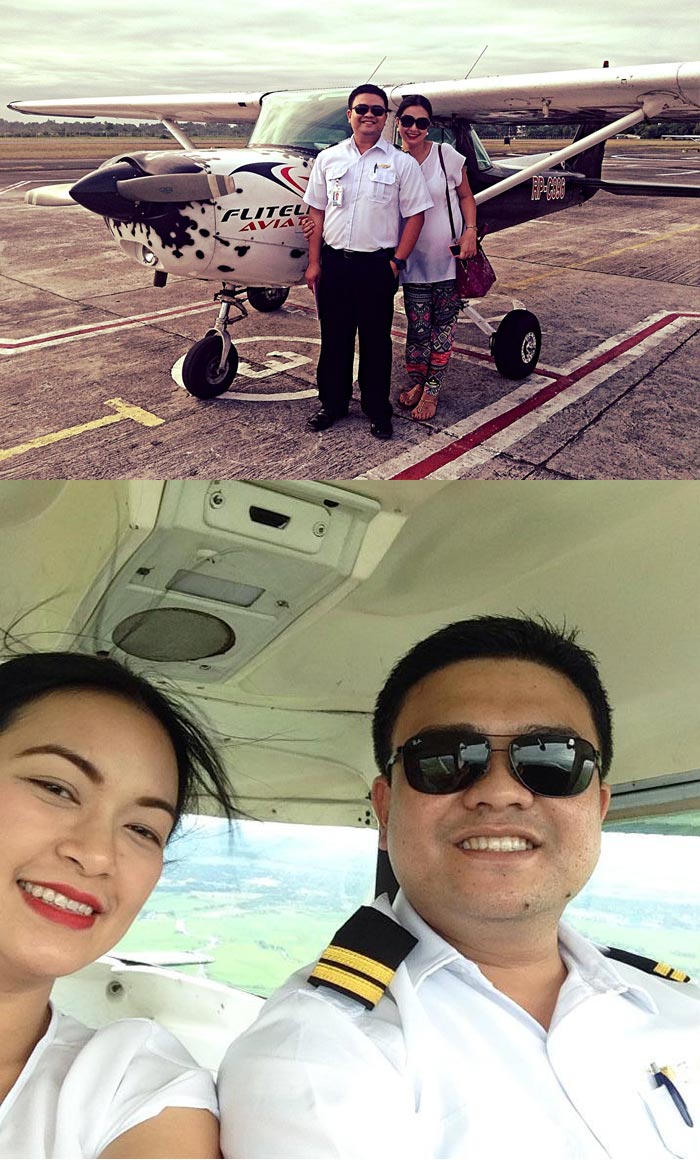 Dr. Abueva resolved to work three times as hard so as not to compromise his responsibilities as a doctor and father while striving to become a pilot.

He recalled, "When I started flying school, I was a full-time doctor in many hospitals.

"I did not stop work because I have my own family to support and bills to pay (with help from my wife).

"Many times, I flew two hours a day (7 a.m. to 9 a.m.) in our training airport in Plaridel, Bulacan before proceeding to my hospital duty in Marikina at 11 a.m.

"I did that routine for almost four years until I completed 200 hours of flying time, which is the minimum requirement when applying in airlines. 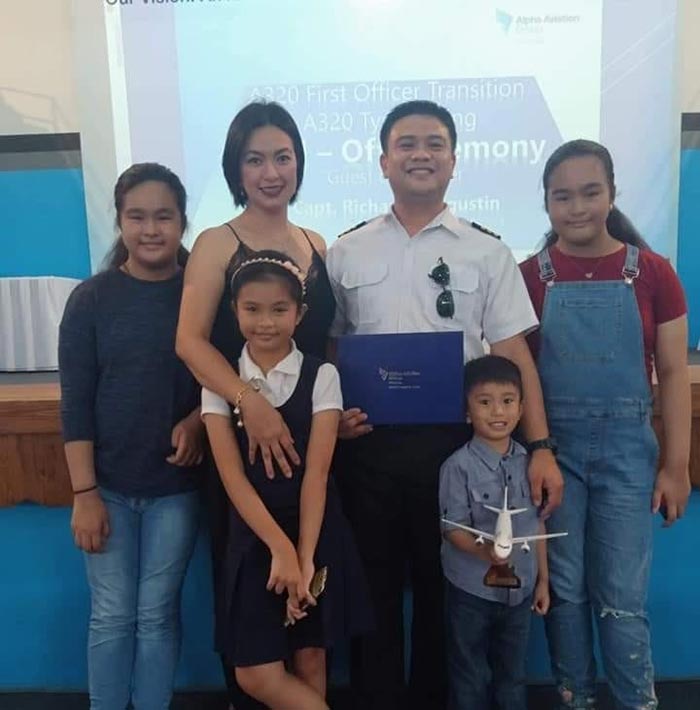 DR. ABUEVA AS FRONTLINER IN THE SKY AND ON LAND

Now that the country is facing a health crisis, Dr. Abueva is thankful he can do more as a frontliner. 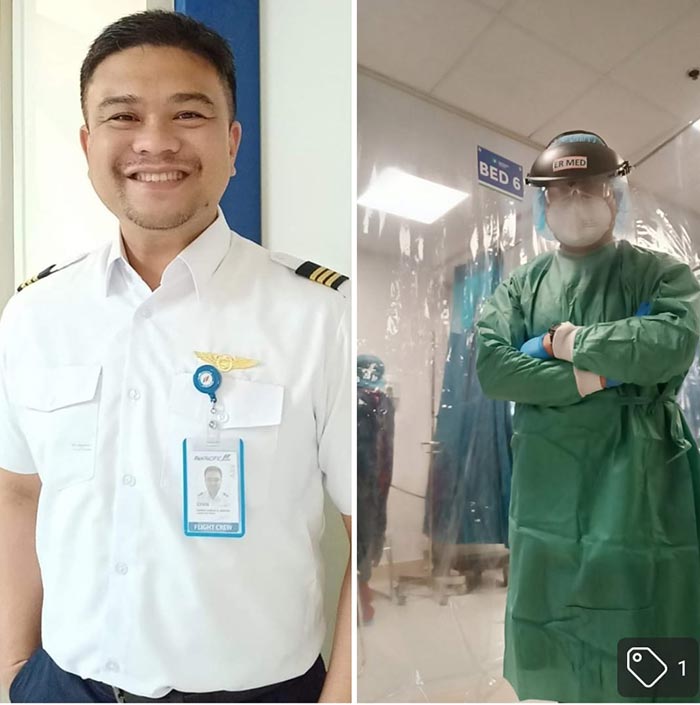