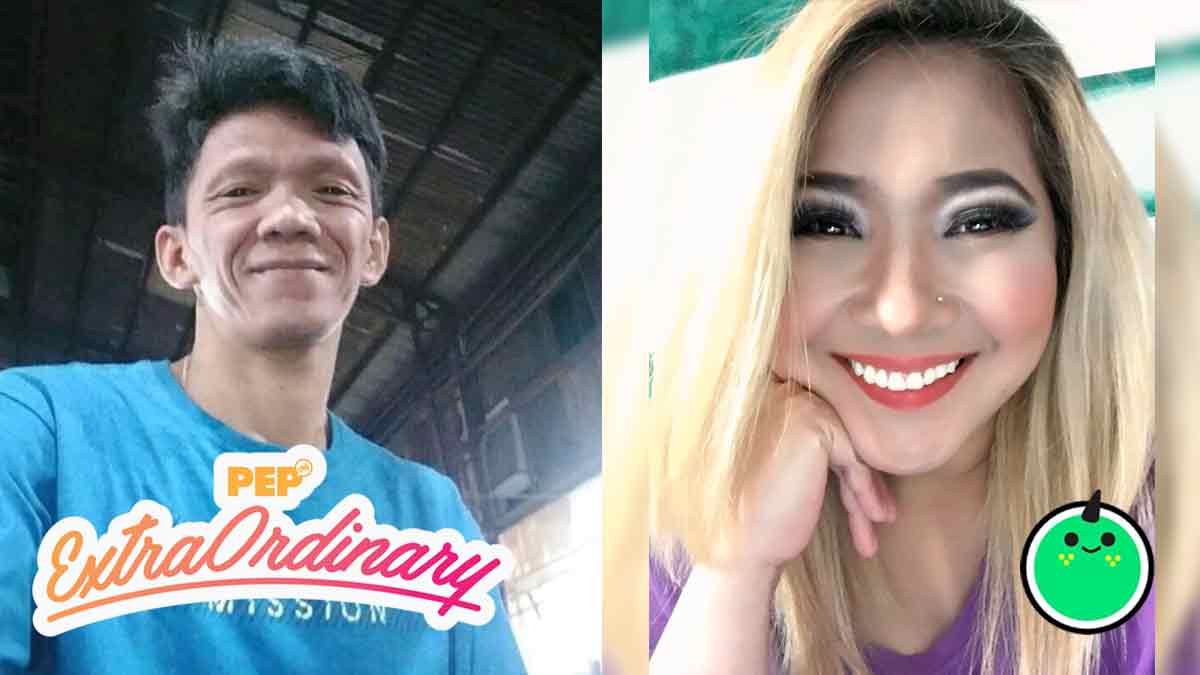 Neil (L) discovers the true meaning of family through "Momshie" Rhed (R) and his Calamansi family. Neil was recently diagnosed with brain tumor.
PHOTO/S: Courtesy of Neil and Rhed via Mark Chua

When Neil was diagnosed with brain tumor, his first thought was to turn to the Calamansi app community for comfort.

Having lost his job at a plastic bag factory at the start of the year because of the pandemic, he was already beset by money worries when he was told the devastating result of his medical examination.

Calamansi is a social media app where people can meet in chat rooms and talk with one another in real time. People in a group often exchange stories about their day or sing songs together.

According to Neil, who preferred to withhold his surname in the interview, he first joined the app in December 2020.

At first, he only listened in to the stories of overseas Filipino workers sharing their problems in chat rooms until he noticed how happy they all sounded after unloading their troubles.

Neil has since then become a regular user of the app, which led him to the chat room of Calamansi user "Momshie” whose given name is Rhed.

They bonded instantly because of their shared love for music, with Neil becoming one of Rhed's "anak-anakan" especially when she learned about his brain tumor.

He was fully transparent with the group about his condition, even showing them his lab results to prove he was not faking it.

Rhed right away knew that she had to do something to help Neil.

That was when the idea of putting up a "Star for a Cause" concert for Neil came about.

SONGS AND PRAYERS FOR NEIL

The event also grabbed the attention of Mark Chua, the founder of Calamansi app.

He joined in the "Star for a Cause" concert and listened to how the entire Calamansi community sent their prayers and songs for Neil.

Mark told PEP.ph, "It was very touching because I was in there as well.

“I heard some of the messages after their set, and some of them were actually crying because they had similar situations with family members or maybe friends.

"They just wanted to spread the positive vibe to make sure [Neil] still have hope even if the doctor told him he’s only going to have a few months to live.

“Don't think it's going to be like that. You need to live life to the fullest and you need to trust in your prayers because you're not battling alone.

“You have a whole community here. We all have your back, we're all praying for you."

For Neil, it was an overwhelming reminder that family is not necessarily bounded by blood.

Not wanting to ask for financial help, Neil has been counting on moral support and prayers from people online to sustain him during his ordeal.

As of this writing, Neil is still awaiting a second opinion about his condition.