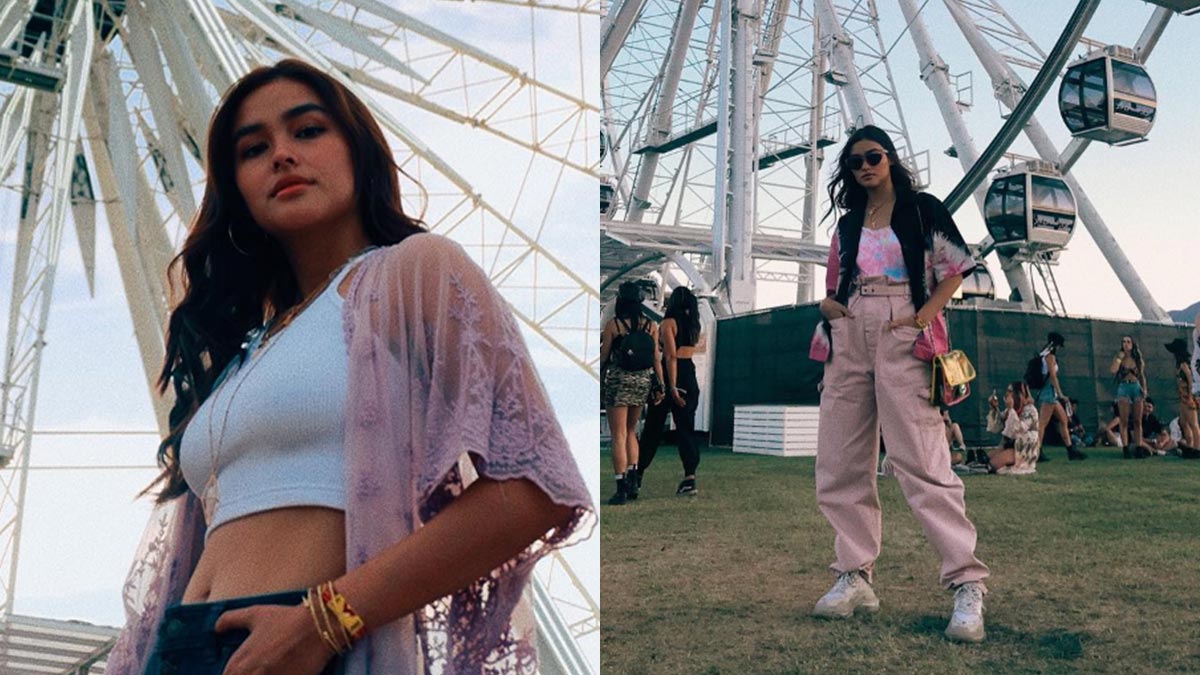 Liza Soberano stylishly in step with the fashion of Coachella 2019, the annual four-day music festival held recently at the Empire Polo Club in Indio, California.
PHOTO/S: @lizasoberano on Instagram

Liza Soberano and boyfriend Enrique Gil took some time off their busy schedules and spent their Holy Week in the United States.

The couple's first stop? Coachella Valley Music and Arts Festival 2019, aka Coachella, which is an annual musical event held at the Empire Polo Club in Indio, California.

This year, it served up to 160 musical acts headlined by award-winning artists Tame Impala, Childish Gambino, and Ariana Grande from April 12 to 14 and April 19 to 21.

Coachella has also evolved into a live fashion show with its attendees displaying their effervescent styles.

Liza came prepared and wore comfy yet stylish OOTDs at the music festival.

Liza completed her OOTD with Chanel transparent PVC handbag that she got from Aimee Hashim of Loveluxe Bags.

On her last day, Liza went for a more relaxed look and wore a white tank top, denim jeans, and lace cover-up.

Liza and Enrique were joined at the festival by her brother Justin, best friend EJ Nacion, and his sister Andie.