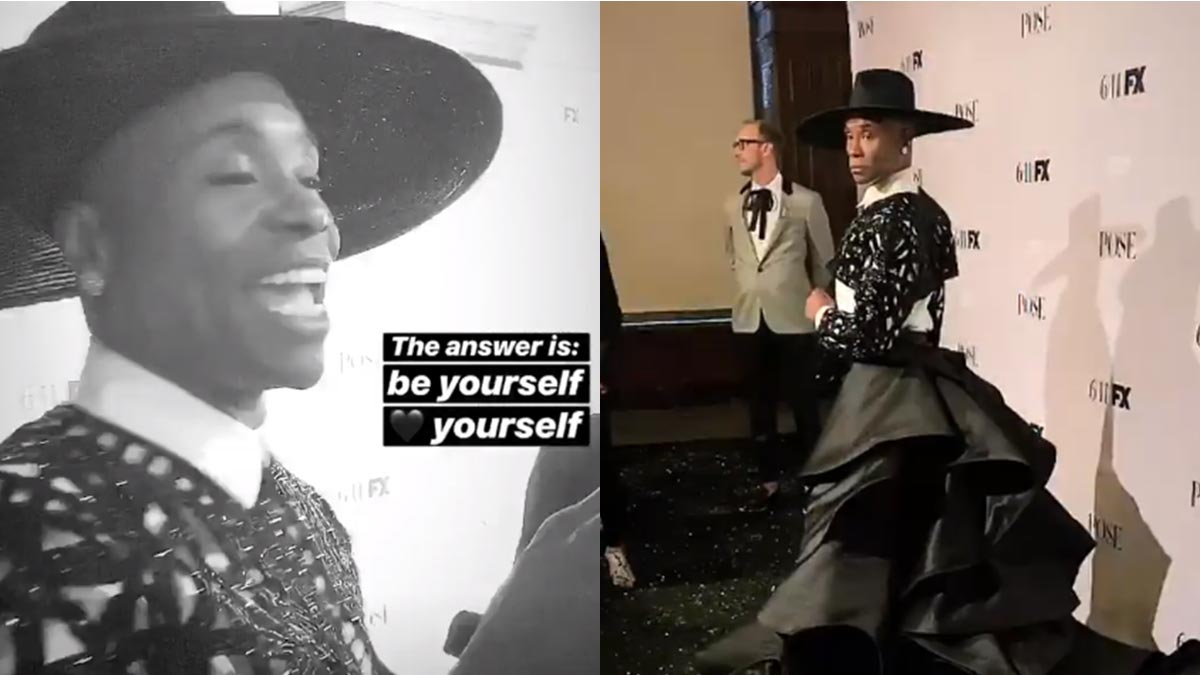 This time, it's Grammy and Tony-award winning actor Billy Porter.

"Thank you @francislibiran8 for this stunning custom couture piece you sent all the way from The Philippines.

"I feel like a Matador Kween! Coming for all the bullies and killing them with love and slayage. #posefx"

"It’s very synergistic to be a bullfighter; you know, we’re fighting bullies all the time!

"It’s still masculine and feminine, but I wanted to depict his strength and how far he’s [Billy] come.

"At the same time, I wanted to make sure it was art.

"Because he’s always telling me, 'I want to look like wearable art.'

"The designer said, ‘It’s Billy Porter. I think we need something big.’

"So he included a skirt attached to the cummerbund.

"It weighs at least 25 pounds, and he’ll literally take up at least 10 feet of the carpet. It’s grand."

Asked what their end goal for the whole look was, Sam said, "It’s all about changing perception.

"We want to keep challenging the notion of what it means to dress like a man or a woman.

"Women have been wearing pants for decades, but you put a dude in a skirt and it's like the world falls apart.

"We want to keep expressing that it's okay to literally wear whatever you want."

Billy has been making headlines in the past few months with his red-carpet looks.

This February, he made heads turn with his tuxedo gown designed by Christian Siriano at the Oscars.

In May, he dressed up as the "Sun God" at the MET Gala 2019. The custom-made cat suit and headpiece were designed by The Blonds.