Most stylish Filipiniana outfits at SONA 2019 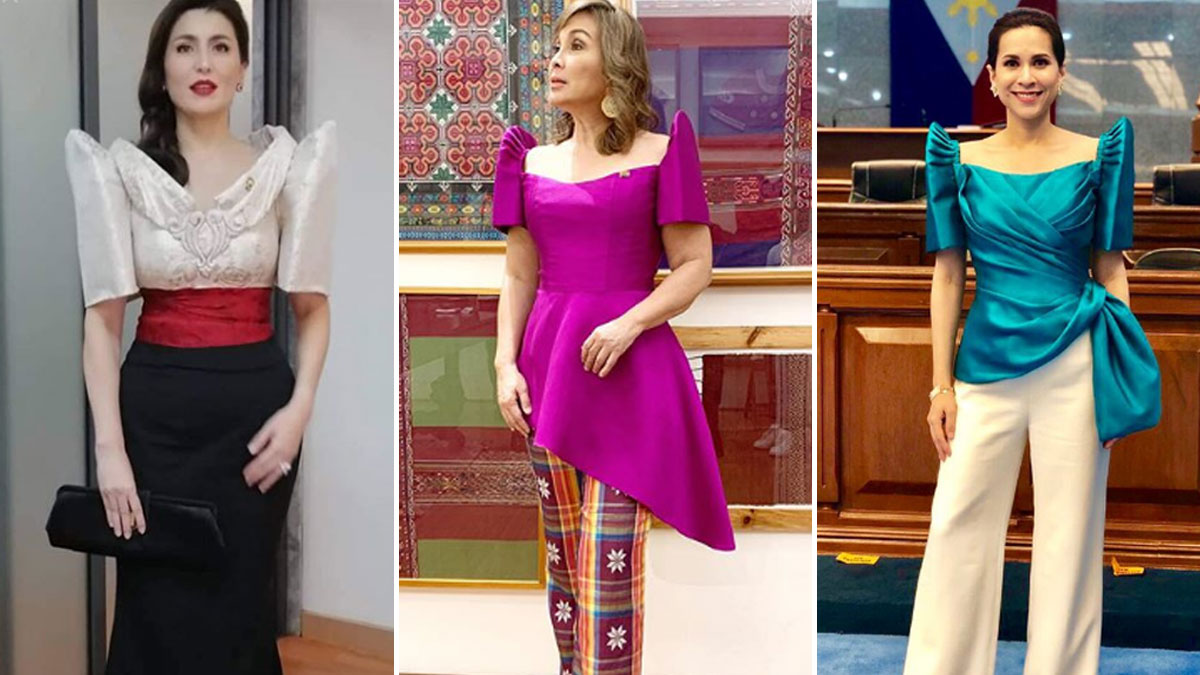 The politicians and guests at the fourth State of the Nation Address (SONA) of President Rodrigo Duterte today, July 22, showed up in proper dress codes.

But some drew notice with their voguish take on Filipiniana outfits.

Who came out most stylish of them all? Take your pick.

The wife of Senator Migz Zubiri wore a modern Filipiniana ensemble by Ito Curata and a pair of Kalachuchi earrings designed by her childhood girlfriend Erica Concepcion Reyes.

The wife of Senator Sonny Angara was clad in a white modern Filipiniana dress with silk Piña sleeves designed by Michael Leyva.

The designer described the terno as "inspired by the old and traditional sleeves" with a serpentina cut at the bottom to accentuate the former beauty queen's figure.

The senator turned congresswoman donned a pantsuit made from Antique's patadyong fabric. The color of her pants signified her support for LGBTQ community.

The wife of Cabinet Secretary Karlo Nograles sports a terno patterned after the T'boli Tribe.

The dress is a collaboration between designer Bobby Castillo and clothing brand KAAYO Modern Mindanao.

The senator donned a Michael Leyva Muslim-inspired gown with Yakan fabric from Mindanao.

The presidential granddaughter seemed quite low-key in her white Michael Leyva dress.

The wife of Quezon City Vice Mayor Gian Sotto chose Jot Losa as the designer of her Maria Clara-inspired dress.