Branded versus locally-made bags: Why the latter are worth buying 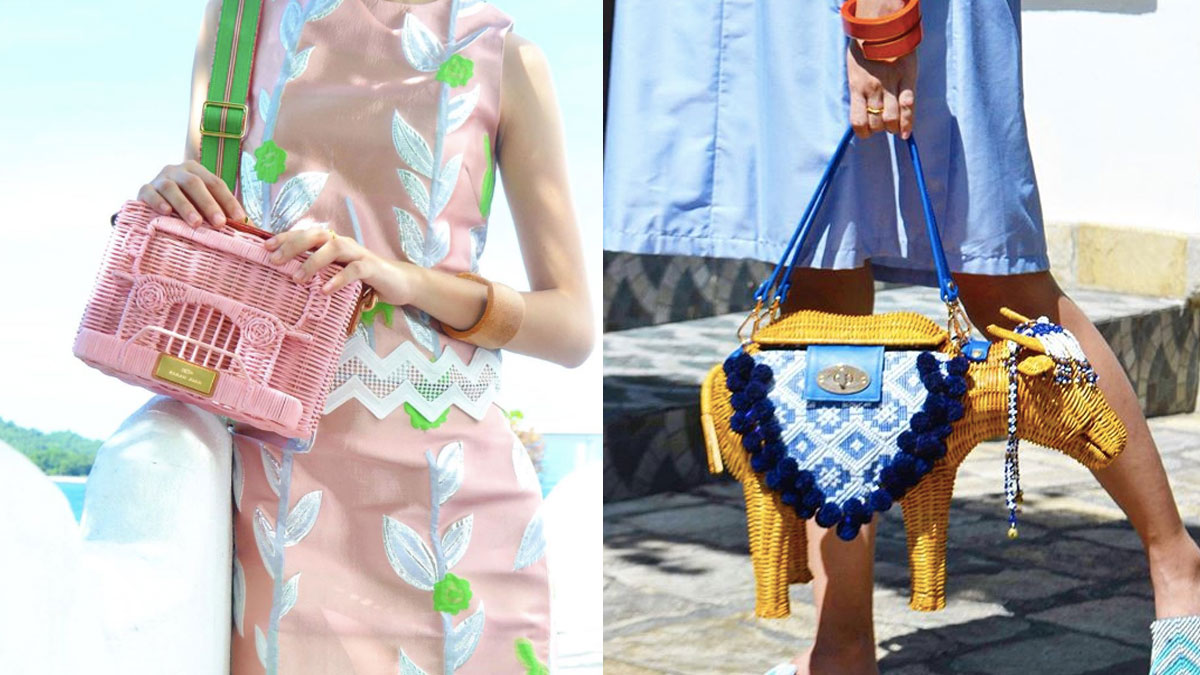 According to Filipino designer Zarah Juan, local products made by Filipino artisans provide value for money both for their quality and the benefits they bring to the indigenous communities.
PHOTO/S: @zarahjuan on Instagram

Locally-made rattan bags—especially the big, round type you'd often see on Instagram—are a staple tote of Pinoy beach lovers and the fashionistas.

These bags sure are pretty and could be statement pieces in any outfit. That's why, even though a small one costs PHP800 at the Greenhills mall and a big one is priced at PHP2,000 online, a lot of bagaholics can't help but stack more than a piece of it in their closet.

These bags, however, are not just colorful because of their design, but also because of how they are made.

And according to Filipino designer Zarah Juan, the craftmanship is the main reason why the bags are worth any price.

In an exclusive interview with PEP.ph (Philippine Entertainment Portal), Zarah discusses why going "lokal" is not always going cheap when shopping.

Zarah is known for creating bags that are colorful, hip, and promote Filipino culture.

The designer says that indigenously-designed bags—whatever the brand—can be considered timeless because, more importantly, they tell a story.

Zarah says, "For me, a timeless bag is one that can represent who you are as a Filipino.

"It can be in any form and shape and any color, but can attract people, can connect you to people.

"People would [ask], 'Where did you get that bag?' and you get to tell the story... who made them or the communities that have woven the fabric.

"For me, that’s a bag that you should have kasi for me, kahit man lang sa bag, maipakilala mo naman yung sarili mo, who you are as a Filipino.

"Wherever they go around the world, people would ask [about] their bags.

"And they would start this amazing conversation on how magaling our Filipino artisans and our weavers."

According to Zarah, aside from being made from indigenous materials such as abaca, rattan, and pandan leaves, the local bags are unique for the quality of work the tribal communities have put into them.

As the designer says, "I think that’s why Filipino pieces, nag-i-stand out all the time.

"It’s really the energy that comes from every hand that makes them.

"It may not be the most expensive-looking brand, pero in terms of genuine energy that’s in every bag, it’s there."

Zarah also reveals that whenever local designers like her conceptualize a product, they think of two things: one, how it will benefit their customer, and two, how it can help the Filpino tribes.

She explains, "When I create something, it does not start with the sketchbook.

"When I create something, it’s a conscious effort.

"I think of the different communities that would participate in that idea that I have in mind."

The local communities may lack the resources and equipment, but Zarah says it has not hindered their capability to produce world-class goods.

She relates with pride, "And once you get to see each community, makikita mo there’s no shortcut 'no—amazing, even our shoemakers, amazing how they pound each shoe to put shape to the creation."

And then she starts to tear up, "So I’m very emotional with that kasi that’s how I process it.

"I always ask who made them, what it is made of, and how it actually creates positive and good impact sa gumawa noon. Ganoon siya palagi."

Zarah has another advocacy: that is, to put to right the expectation that locally-made products should be sold cheaply.

She says that people should break free from this mentality because every peso that one spends on local goods can go as far as supplying the needs of local communities.

"Sometimes, the mentality of people, if it’s local it should be cheap. Iyan yung parating na-e-encounter namin.

"Pero we also have to consider the welfare of the weavers, of everybody who participates in the making of the brand."

She concedes that imported items can bring down their prices to affordable levels, but only because even the high-end ones are mass-produced.

"So the capacity to produce is not there yet na mass produced. And we do not want to do that.

"You don’t want to force a community or a tribe to mass-produce their products na mawawala their culture, their heritage, their rituals, before they make something," she says.

Zarah also believes that although local manufacturers are still in their infancy stage, their products are at par with the ones that are mass-produced or made abroad.

"But, hey, they're probably more expensive, but they're the most thoughtful, mindful products to be around [in the local market].

"So ganoon talaga. I think we are still in the infancy stage palang so nandoon talaga yoong price point.

"But the quality is there. There's still value for money."