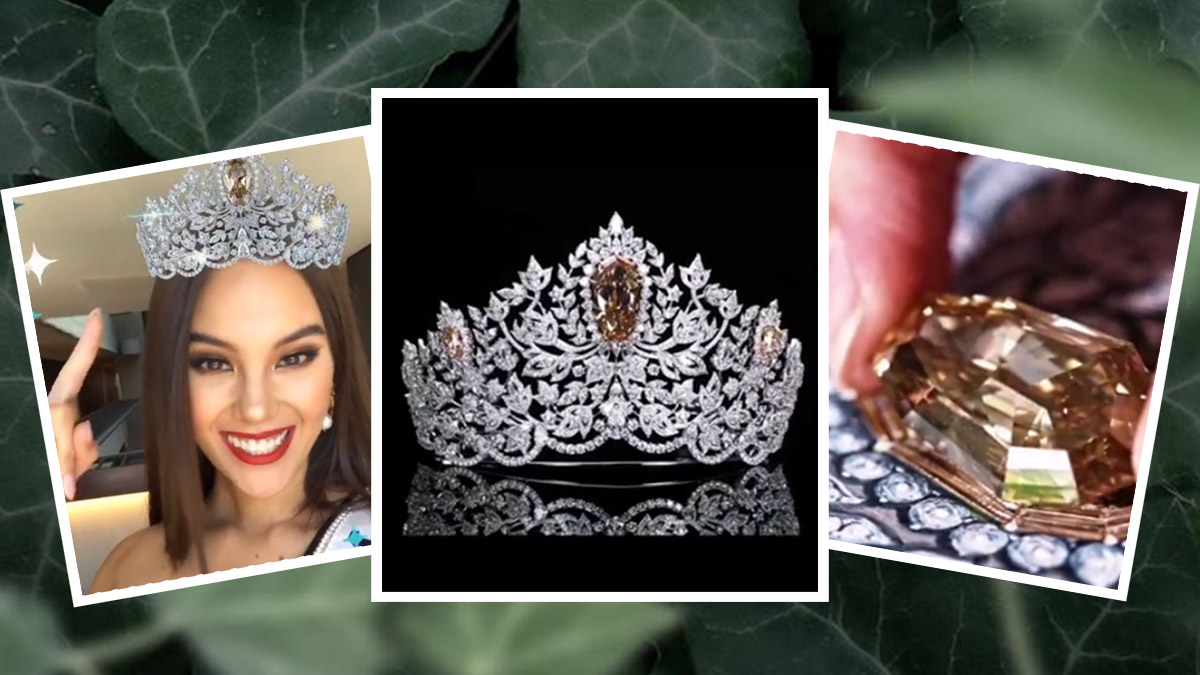 The prestigious beauty pageant teams up with Mouawad, a jewelry company founded in 1891 by Lebanese master watchmaker and jeweler David Mouawad, to create the diamond-studded headpiece called the Power of Unity Crown.

MUO and Mouawad, along with Miss Universe 2018 Catriona Gray, show the new crown to the press on December 5, in Atlanta, Georgia, U.S.A.

During the press conference, Paula Shugart, president of the Miss Universe organization, says the crown is valued at $5 million or around PHP253 million.

It has a total of 1,770 diamonds—with total weight of 167 carats—meticulously set by hand on 18-karat gold. It also features three golden canary diamonds, which were cut on a single rough stone sourced in Botswana.

In a video posted on Instagram after the press preview, Mouawad gives more details.

The biggest golden canary diamond found in the middle of the crown weighs 62.83 carats, according to Alain Mouawad, one of the 4th generation co-guardians of the Mouawad Retail Division.

Alain's co-guardians Fred and Pascal Mouawad talk about the inspiration behind the design of the new Miss Universe crown.

Pascal says, "Our challenge of crafting the ordinary was to embrace the values of Miss Universe and translate them into a diamond-studded crown that represents ambition, diversity, unity, and beauty."

Fred adds, "The interconnected vine tips are meant to represent the unity of women from around the world, and reminds us we are stronger together than we are apart."

The Power of Unity Crown is the pageant's 10th crown since its inception in 1952.

Catriona will pass on the Miss Universe title, along with the new crown, to her successor during the pageant's grand coronation night, which will be held on Sunday, December 8 (December 9 in Philippine time) at Tyler Perry Studios in Atlanta, Georgia.

Philippine bet Gazini Ganados is aiming for a back-to-back win after Catriona's reign as Miss Universe.