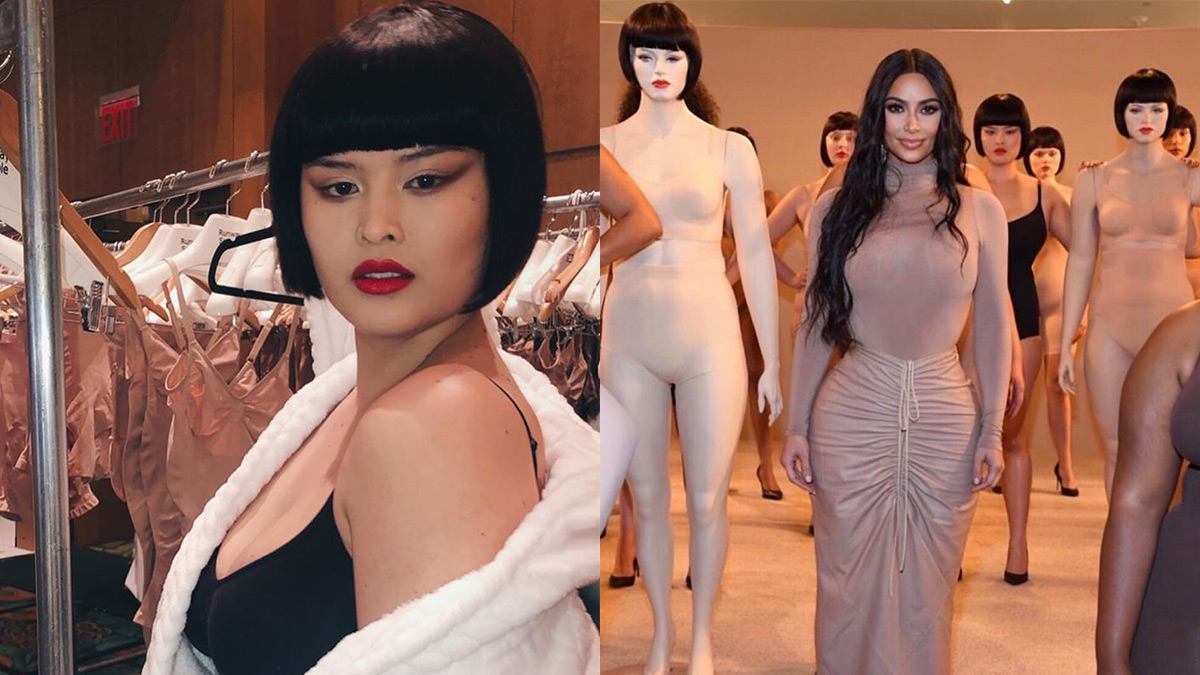 Mariel de Leon walks for SKIMS, a shapewear brand by Kim Kardashian-West, at New York Fashion Week 2020 on February 05, Wednesday. In the picture on the right, she is seen in black, behind Kim Kardashian.
PHOTO/S: @mariadeleonofficial on Instagram

She did it modelling for SKIMS, Kim Kardashian-West's shape-enhancing undergarment brand, which showcased its latest collection at Nordstrom NYC, February 5, in New York City.

After the show, Mariel took to Instagram, and briefly described what she went through.

The only daughter of Christopher de Leon and Sandy Andolong wrote: "I still can’t get over the fact that I walked for @skims @kimkardashian for my first fashion show in NYC!

"Its so surreal to think that out of more than 1000 girls, I was one of the girls chosen to be part of the show."

The former Binibining Pilipinas-International titleholder also looked back to the days she was bullied for having a curvaceous figure in a world where the flat and the thin rule.

As Mariel put it: "In the past few years, I went through a lot of online bullying and body shaming... But I’m glad that what was perceived as something negative about me to many people was the very thing that got me here.

"I’m so proud to share this experience with beautiful women of all shapes + sizes + ages + colors. Its so amazing to see how the fashion industry here has evolved into a more inclusive and diverse one.

"The women who stand up for inclusivity, diversity, strength, and self love inspire me to love myself unconditionally and to be okay with the body I have. Thank you. Also, big thanks to my agency @truemodelmgt for taking a chance on me and believing in me!"

Mariel was crowned Binibining Pilipinas-International in 2017. She followed in her parents' footsteps, and gave acting a shot through the film Ang Panday (2017) and Barbara Reimagined (2019).

In May 2019, Mariel signed with the New York-based modelling agency, True Model Management.