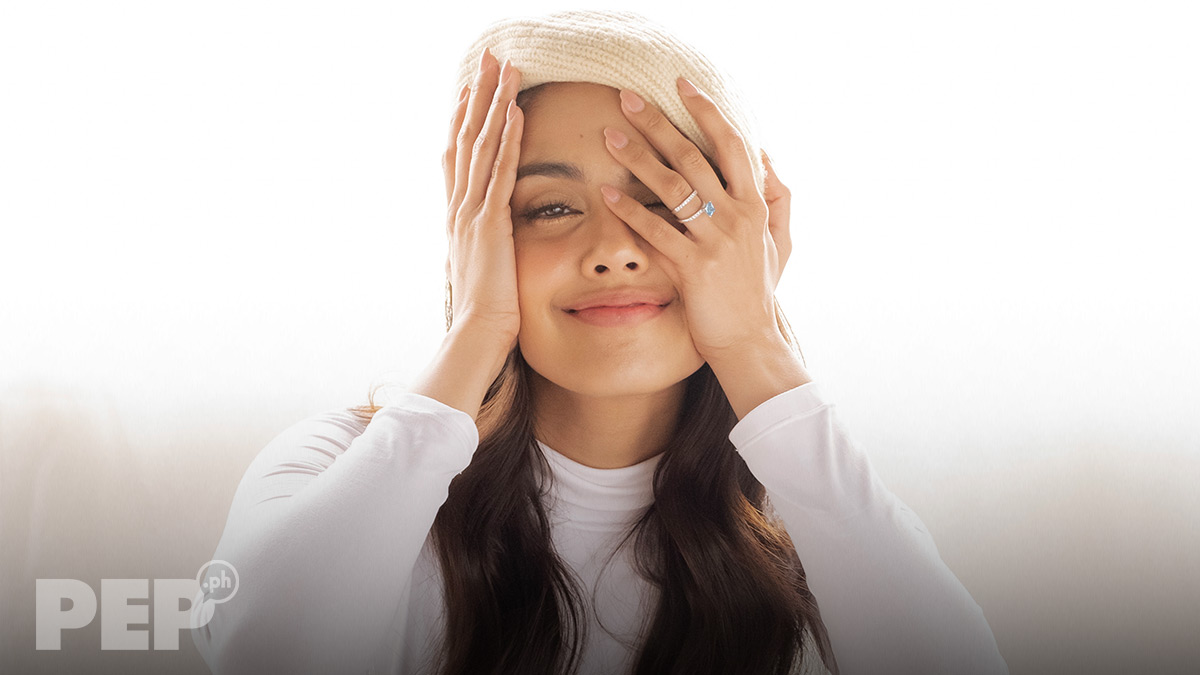 Megan Young is not one to care much about a traditional wedding, and that was why she ended up getting a weird but wow engagement ring.
PHOTO/S: Shaira Luna

Not a cookie-cutter type of people, Megan Young and Mikael Daez broke all conventions of a traditional wedding, before and after they exchanged vows—twice, last January 10 and 25 in two separate places.

Atypically, Megan did not even have a proper diamond engagement ring.

Sure of each other from the start of their long relationship, they both felt they've been engaged to each other these many years, so what was the ring for?

But in a slight bow to tradition, Mikael finally decided to give Megan some sort of an engagement ring last year—five years after they were officially betrothed sometime in 2014.

He thought of it only because they were getting their wedding rings.

And when Mikael slipped the ring into her finger, Megan could only laugh.

In an exclusive interview with PEP.ph (Philippine Entertainment Portal) on January 20, Monday, the couple shared a funny story how Mikael ended up getting Megan her "iceberg" engagement ring.

"So sabi ko, ‘Sige, maybe we can get a watch for one another? Baka yun puwede pa kahit papaano kasi mas madalas nating sinusuot?’

"But still, not every day, watch-wearers kami. For the next two, three years, we just never got ourselves to buy it.

"At the end of the three years, ‘Alam mo, baka hindi lang talaga natin type?’ Kasi we couldn’t bring ourselves to buy it.

SOMETHING BLUE, SOMETHING WEIRD FOR MEGAN

Still, Mikael sought the help of his grandmother Ameling Daez, the general manager of Oro Y Plata Jewelry in Makati City, about choosing a ring.

But it got complicated when Megan told Mikael she didn't want a diamond engagement ring.

"‘Ano? Ano to?’... Sabi ko sa kanya, ‘Anong gusto mo?’ I think we were playing a video game na na-inspire siya sa with a blue piece of equipment, maybe sa video game, something similar to that.

Megan mentioned that it was the "Staunch Ring" from a mobile game she was playing that made her want an iceberg-looking ring.

Mikael immediately went back to her lola's office and had a custom-made blue topaz ring inspired by the "Staunch Ring" for Megan.

The 32-year-old Kapuso actor said it was the first time her lola made an engagement ring that wasn’t a diamond, and a blue one at that.

"Kasi first time nila, parang first design, siyempre. I was like, ‘How are we gonna fix this? I don’t know anything?’

Megan and Mikael first had an intimate wedding ceremony in the Calaruega Chapel, Nasugbu, Batangas. Their second and grander wedding was held in the San Roque Chapel, Subic, Zambales.