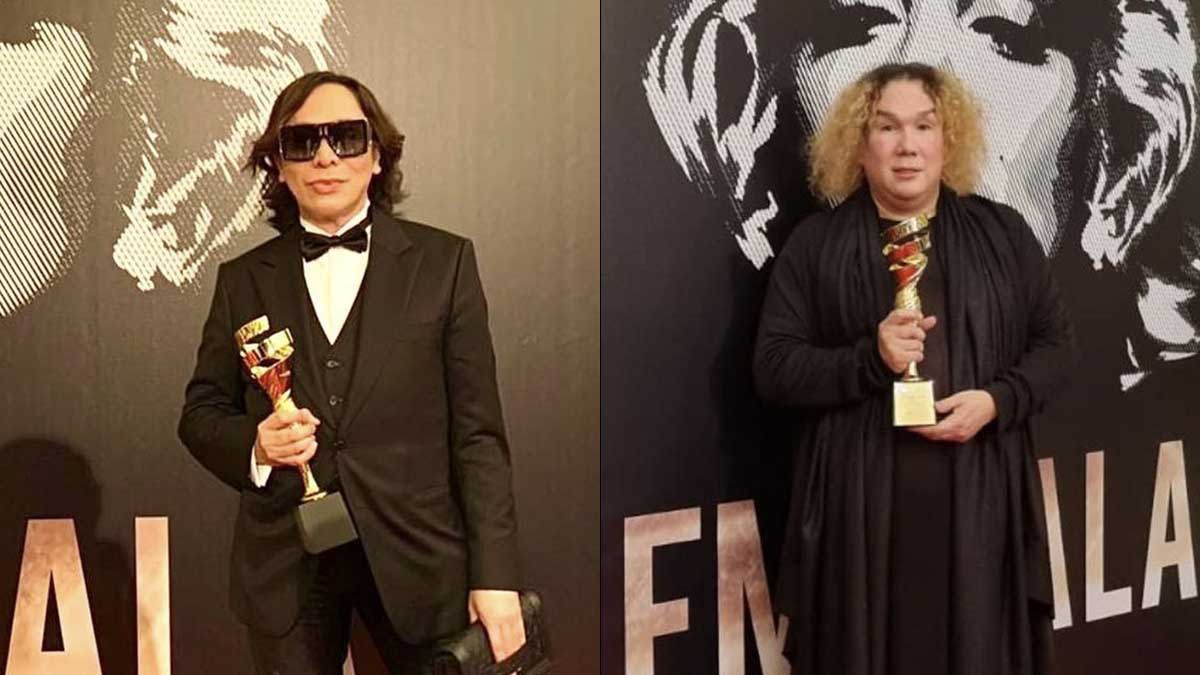 Michael took home the trophy for Fashion Designer of the Year during the awards ceremony that was held at the Hilton Dubai Al Habtoor City on Thursday, July 15, 2021.

On Saturday, July 17, 2021, Michael uploaded his photo holding his golden trophy from the prestigious fashion awards.

In his caption, Michael thanked his business partner Sayed Ali Khmsan and his team, "So honored to receive the most prestigious and highest honor of the night the FASHION DESIGNER of the YEAR Award from EMI GALA Fashion Awards...

"Thank you Dr. Michel Daher of @theemigala... I’d like to share this award to my business partner Sayed Ali @sayed5inco, to my whole M5 team, to my family and friends and to those people who always believed in me..."

The designer also dedicated his trophy to his friends who lost their lives to COVID-19.

He continued, "I would also like to dedicate this award to some of my friends in the fashion industry who lost their lives from the pandemic, some people who lost hope and living a very tough and difficult lives right now.

"And everyone who is battling to survive from the crisis... Thank you LORD..."

Furne One, on the other hand, has been named International Fashion Designer of the Year and Fashion Innovator during the awards ceremony.

He took to Instagram to express his gratitude for the recognitions he received, "So humbled and honoured to receive the highest award given at the Emi Gala — International Fashion Designer of the Year and Fashion Innovator!

"Thank you Dubai for making all these couture dream come true! Thanks @drmicheldaher @theemigala @josh_yugen"

Michael has dressed up some of the biggest celebrities around the world, including Lady Gaga, Beyonce, Jennifer Lopez, Rihanna, and many others. In the Philippines, he has designed gowns for Marian Rivera, Bea Alonzo, Anne Curtis, Toni Gonzaga, Kathryn Bernardo, and Liza Soberano, among many others.

One of his most recent masterpieces is the "Sarimanok gown" of Miss Universe Philippines 2020 Rabiya Mateo.