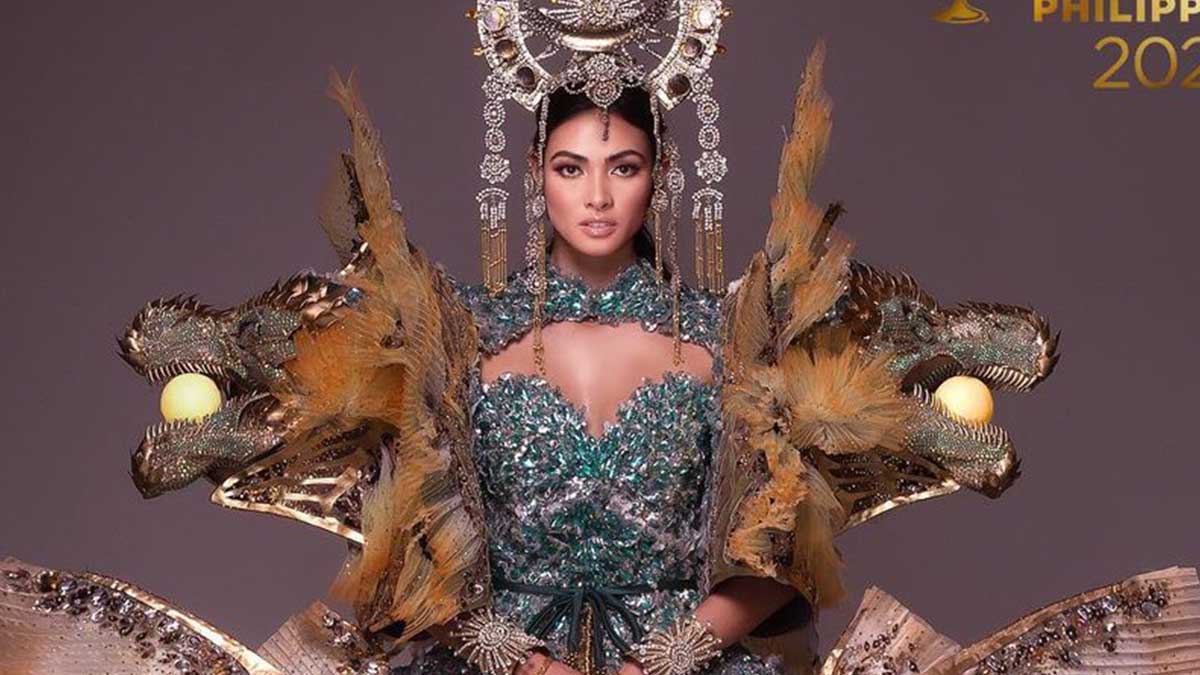 It is hard to miss Beatrice Luigi Gomez during the national costume presentation of the Miss Universe 2021 pageant held in Eilat, Israel this Friday, December 10, 2021 (December 11 in the Philippines).

During the show, it is announced that the inspiration behind Bea's costume is the Bakunawa, a Filipino mythical creature also known as the "Moon Eater" and is often depicted on mainstream media as a sea serpent/dragon. 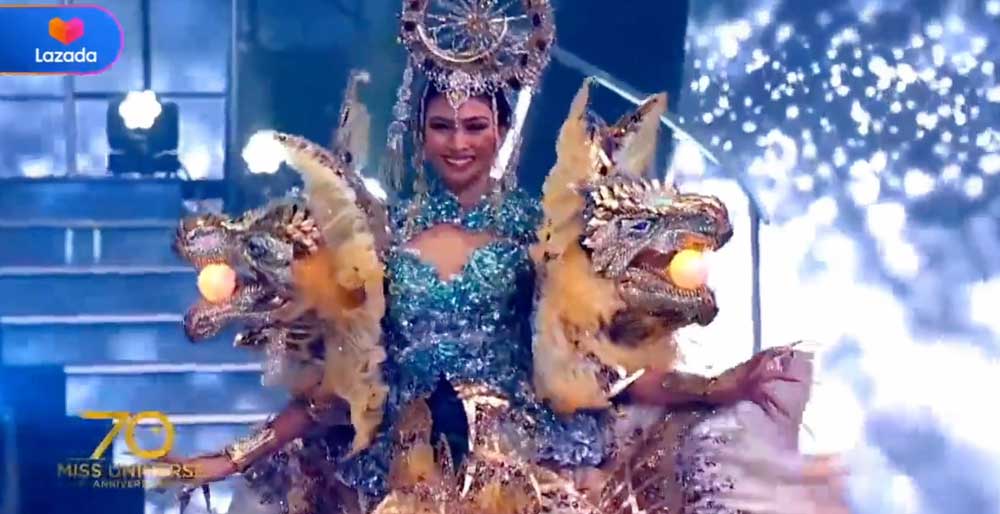 The full post reads: "In @beatriceluigigmz’s national competition, she wore a Bakunawa dragon costume depicted in its mid-life cycle.

"In Philippine mythology, the Bakunawa is a serpent-like dragon that’s believed to cause eclipses. It is said to swallow the moon. It’s also part of the shamanistic rituals of the babaylans or Filipino shamans.

"She continues this narrative by taking it the Bakunawa in its final form: The Golden Lunar Dragon. This is a metaphor for Bea’s growth and personal evolution. The costume is done in gold as it is considered to be the perfect element and acts much like an enchanted armor.

"The Bakunawa appears in Philippine literature, arts, pop culture, and even children’s games. The Bakunawa costume is made by Axel Que while the intricate, handcrafted metal headdress depicting the moon and accessories were done by Manny Halasan."

Axel is the same designer who made Bea's Bakunawa-inspired Filipiniana when she competed in Miss Universe Philippines 2021 in September 2021.

Manny Halasan is the jeweler behind Bea's headpiece.

Asked about his inspiration for the design during Bea's send-off party, Manny says, "The inspiration is from the designer himself, Axel."

The jewelry maker also notes that the materials he used for Bea's headpiece is "very light" and that "kaya niyang isuot kahit mag-isa lang siya."