ABS-CBN actress Kathryn Bernardo is arguably one of the most stylish actresses of her generation.

With valuable help from her celebrity stylists, sisters Kimi and Boop Yap, Kathryn stands out among her peers, and has become one of the local fashion scene's new It Girls.

In an interview with PEP.ph (Philippine Entertainment Portal), Kimi and Boop shared some of their thoughts on Kathryn's style transformation after four years of working with her.

During her teenage years, Kathryn's style had always been on the sweet, girl-next-door side.

Around 2014, Kimi and Boop took over and changed her style without abandoning the young star's personal taste.

Boop told PEP.ph, "She was sweet then, but then when we took her on as our client, we felt like we wanted a change but not something that would change her as who she is.

"It's still her but mas level up, mas mature. Different look but not too mature, in the sense that people wouldn't find it too revealing." 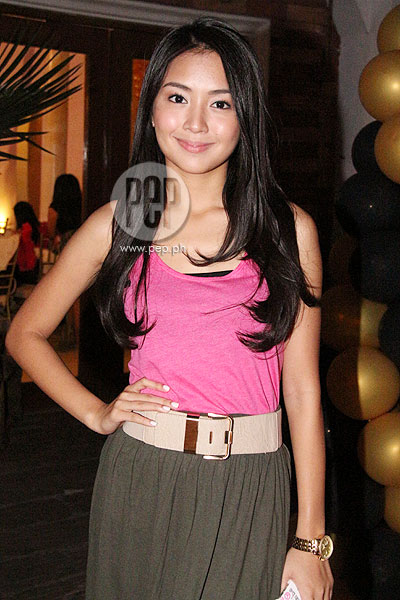 Since then, Kathryn gradually learned to experiment on the clothes she would wear, with the guidance of Kimi and Boop.

Boop noted, "I think we made her more adventurous when it comes to style, like she's more open to try new things, new trends, and that's what we like about her.

"She's not hesitant, she's not restricted. She's open, she's very open to a lot of new things when it comes to dressing up, and styling herself."

Kathryn's style matured as she grew older, but Kimi and Boop managed to keep it on-trend and sophisticated.

Currently, the Star Magic talent can be seen adopting a more polished look.

"So mas malinis lang since every one is doing street, we really want lagi na iba yung look niya from the rest."

The sisters easily remembered Kathryn's 2015 Star Magic Ball look as one for the books.

Kimi said, "She won best dressed that night. It was our first time to style her at the ball. She was wearing the white Michael Cinco gown."

Kathryn's pin-up girl-inspired OOTD at the Star Magic's anniversary episode on ASAP last May 2017 was among Kimi's favorites.

Around the same time, Kathryn went for Cuban-inspired OOTDs.

Her all-red Martin Bautista ensemble also made a mark on the styling duo.

Last but not the least, Kimi and Boop loved Kathryn's street style OOTDs on ASAP.

Kimi explained, "That's when we changed her look again, with the haircut, and yung parang street style niya."