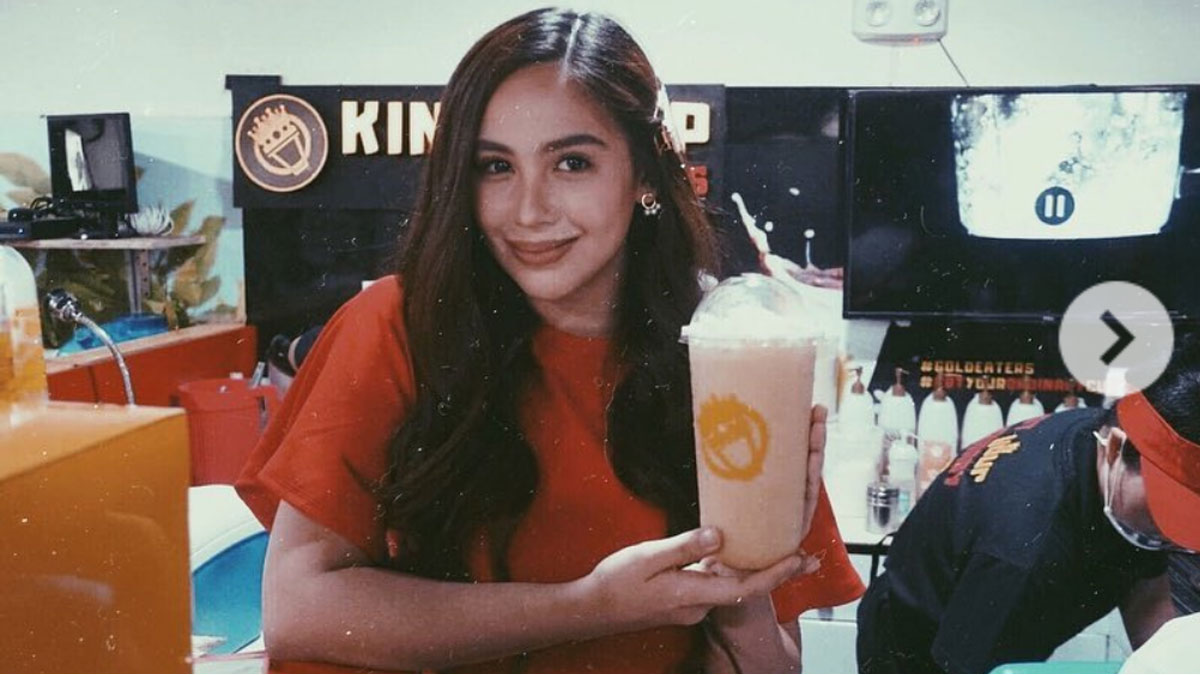 Empress Schuck seems to be clueless about the status of the still untitled movie she's currently shooting with Cesar Montano.

The project, supposedly a biopic of the leader of a religious group, cast Empress as Cesar's leading lady.

We asked her how much time she has invested in the movie so far.

She was also surprised when we told her that there are rumors that Cesar has abandoned the film project altogether.

Apparently, no one from the movie's production team has given her any updates.

PEP.ph (Philippine Entertainment Portal) sat down with Empress during the grand opening of the latest branch of her King's Cup beverage business, located at the third level of Paragon by the Penthouse, SM Mall of Asia, Pasay City, last August 18.

Why did she and her partners decide to open another branch at Mall of Asia?

“Si Andre [Lim, her business partner] ang makakasagot niyan,” she replies, pointing to him while they were seated side by side.

Apparently, Andre was a former college classmate of Vino Guingona, who is the father of Empress's daughter, Athalia. Both Andre and Vino are proud alumni of De La Salle University, located at Taft Avenue, Manila.

He explains, “Paragon is the very first concept na ganito sa Philippines, like there’s food, shops, etc. It’s Instagrammable. And I believe, like this place, King’s Cup is Instagrammable...

"So it compliments nature, alam mo yun? It’s pastel and so, pumayag or naisip namin na maglagay dito ng bagong branch. And because ah, sabi kasi nila, since this is the first concept, ibu-boost daw ito ni MOA. So, this is a great spot for the King’s Cup. Siyempre, doon tayo sa the best."

The actress is proud about their frappe, which has "16K gold" flakes.

She also underlines that their ingredients are healthy.

"Lahat ng items namin are more on the healthier side.

"We use sugar alternative. We use sucralose, parang mga Splenda, for everyone, to cater to everyone....And zero fructose milk. So, mas better yung frappe namin than the regular drinks out there.”

Their MOA branch is actually their third outlet. The second one opened recently in Baguio.

How many more branches do they plan to open in the near future?

“Naku, as many as possible. Kahit more than one hundred, go lang. Hahaha!

But how is their very first Farmer's Market branch doing now?

What exactly does Empress contribute to the business?

Andre throws in and clarifies on a more serious note, “Yung branding, actually, yung idea niya [Empress] of how we will present this to the market.

"Ako kasi is more on the back, more on development, ganyan.

"Ako, sinusuportahan ko lang siya [Andrei], and he’s there to guide me.

“So, I’m learning from him as well. I think we’re really making a good partnership talaga.”

Do they plan to get other celebrity endorsers for King's Cup?

We asked Empress if she will still have time for her showbiz career now that she's equally hands-on with their business venture.