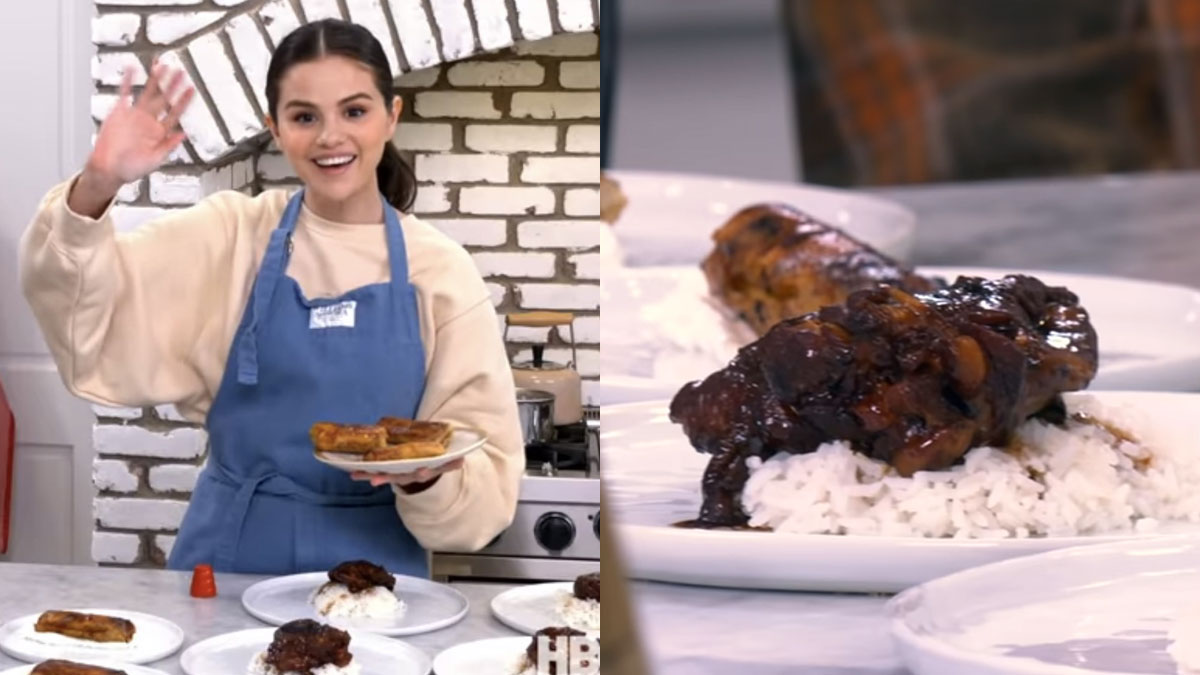 Singer-actress Selena Gomez learns how to cook Filipino Adobo and Turon in her very own kitchen for the second season of her cooking show Selena + Chef on HBO Max.
PHOTO/S: Courtesy of HBO Max

Singer-actress Selena Gomez is back in her kitchen for the second season of her cooking show Selena + Chef on HBO Max.

The show lets Selena get on a video call with various celebrity chefs to learn how to cook different recipes in her very own kitchen.

Judging from the trailer released on Tuesday, January 12, 2021, Selena will be cooking some Filipino dishes in the series' second season.

Eagle-eyed netizens easily spot the well-loved Filipino Adobo and what seems to be Turon.

The episode titled "Lose You To Love Me" will feature Filipino-American chef Jordan Andino, who owns Flip Sigi, a Filipino-Mexican fusion restaurant in New York City.

The son of a Cebuano mother and a Batangueño father, Jordan grew up in the U.S. He became a finalist on Food Network's Sexiest Chef Alive in 2018.

In an Instagram post dated January 12, Jordan expressed how excited he was to have cooked with Selena.

Part of his caption read, "Sooo... this happened! Super stoked and excited to have cooked with @SelenaGomez for her show Selena + Chef!

"She’s truly a dope a$$ human and I can’t for y’all to see it. If you haven’t watched it already, it’s my like my Instagram Lives but 1000x more professional!"

Pinoy netizens, most especially the fans of Selena, are thrilled to know that their favorite singer is learning how to cook Filipino food.