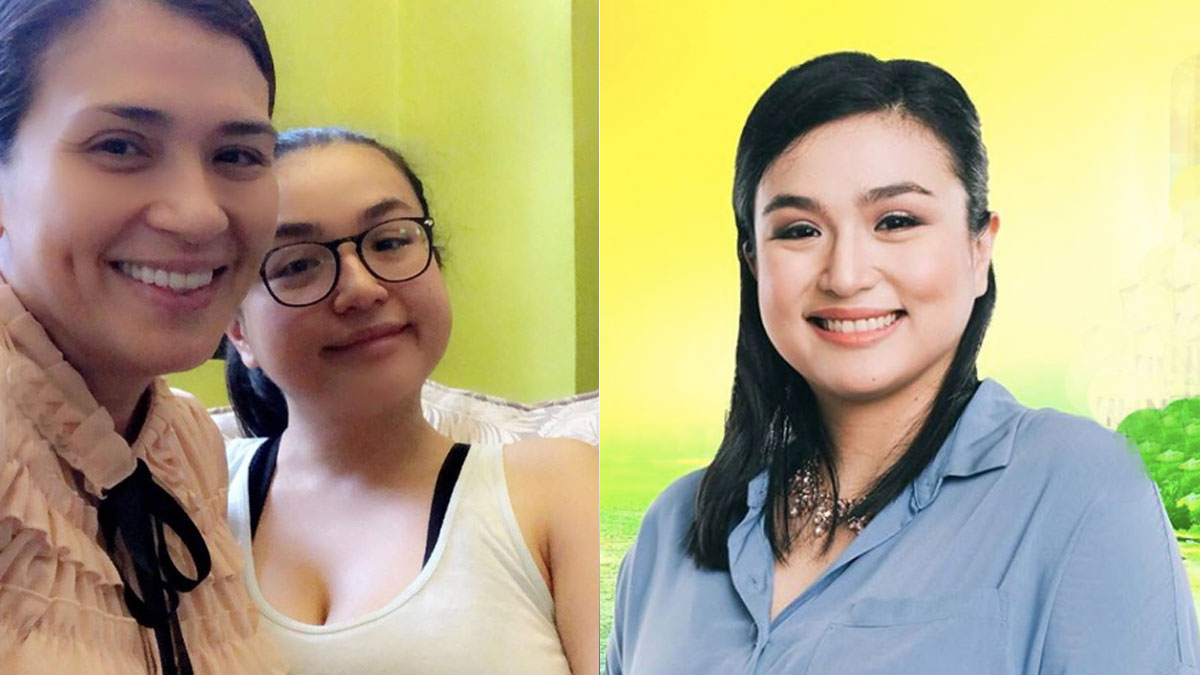 Singer Zia Quizon is added to the list of celebrities who have been openly talking about the importance of mental health awareness and understanding mental health disorders.

Last March 4, she posted on Instagram a black quote card with the words, "I have BDD."

WHAT IS BODY DYSMORPHIC DISORDER

People who have this condition, according to Anxiety and Depression Association of America (ADAA)," think about their real or perceived flaws for hours each day.

"They can't control their negative thoughts and don't believe people who tell them that they look fine."

In her post, Zia admitted that she does not see herself as beautiful, and having this mindset hit her self-confidence hard.

Having this illness often leads to severe depression.

ADDA underscores, "Their thoughts may cause severe emotional distress and interfere with their daily functioning."

This severe distress manifest in symptoms like missing work or school, and avoiding social situations, causing them to isolate themselves.

When severe, they may not even want to face their family and friends because, "they fear others will notice their flaws."

Zia revealed that her Body Dysmorphic Disorder worsened after reading negative comments from netizens—most of whom were strangers to her—regarding the physical appearance of his boyfriend, musician/writer/DJ Robin Nievera.

In her post, Zia made the revelation that the negativity and attacks did not just come from random followers, but people she knew and loved; people like her friends and family.

At the same time, Zia's post proved that people with mental illness and disorder are still able to function well, and should not be stigmatized by their condition.

But while Zia goes to her doctors, undergoes therapy, and takes medication to manage her Body Dismorphic Disorder, she admitted that the recent negative comments triggered something in her.

She bared, "For now, it hurts. It sincerely f***s with me. Seriously. Enough to have to talk to my doctors or my therapists and sometimes enough to have to switch around medication."

The ADAA lists effective treatments for BDD sufferers, including cognitive behavioral therapy (CBT) and antidepressant medications, under the supervision of your medical doctor.

"Last week was#nationaleatingdisorderawarenessweek and I wasn’t going to post anything about it. I wasnt sure if I even count.

"Normally, I prefer to keep my medical information private. But comments on my last post made me want to clarify something to anyone who cares.

"I suffer from Body Dismorphic Disorder—amongst other diagnoses.

"ADAA defines it as 'a body-image disorder characterized by persistent and intrusive preoccupations with an imagined or slight defect in one's appearance.'

"And, unsurprisingly, it is one of the major reasons I decided to take a step back from it all and reevaluate who I was becoming and the way I was living my life.

"The person I was indirectly telling little girls to look like or be like, as much as i convinced myself I was not interested in playing role model.

"I wake up everyday feeling like I am the ugliest person on the face of the earth. So it helps me to focus on the fact that, ultimately, looks are not so important.

"As much as I concede to the evidence supporting the notion that good-looking people do incur some sort of advantage in life just for being attractive. That’s life, too. But it will never be as important to me as being a good person.

"But here is where you come in, Social Media.

"Here is where I post a picture of my beloved and all some people can comment on is how they dislike his physical appearance.

"The painful part is not when it comes from strangers, but people in your life. People you have let in, trusted, and are occasionally vulnerable with. 'Friends.' 'Family.'

"People who tell you they support you all the way, but cannot seem to control their need to chip you down about your flaws in front of others.

"I can do that thing where I pretend it doesnt bother me and I am above it and better than that.

"Because for now, it hurts. It sincerely f***s with me. Seriously. Enough to have to talk to my doctors or my therapists and sometimes enough to have to switch around medication.

"I am not telling you to stop coming to instagram for the primary purpose of judging others, if that is the joy you get from it. Follow your joy, man. Go right ahead. Just please... keep me out of it."