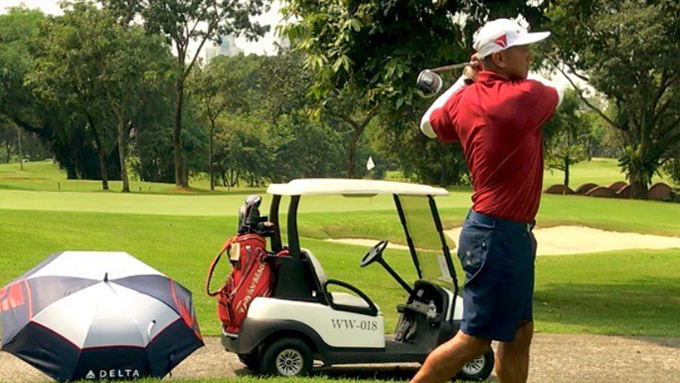 Vince Hizon is best known for being a former professional basketball player who played for the popular Ginebra San Miguel team. His years on the court earned him the nickname "The Prince," and he became famous not just for his athletic ability but also for his impressive physique.

Now 48, Vince still maintains his athletic build and continues to have boundless energy for his family and work. Below are some of his stay-fit secrets:

Although it's been a while since Vince called it a career, he continues to spend time on the court. He's currently a consultant for a Philippine Basketball Association (PBA) team and, along with his fellow PBA alumni, goes around the country and even abroad to play for fans.

He also plays golf and goes biking. It’s not uncommon for Vince to spend a day on the golf course, or hop on his bike and finish a 16-kilometer route from their house to Antipolo.

For Vince, it's not just about engaging in physical activities. He also makes it a point to nurture the other parts of his life. When he's not sweating it out, the husband and father of two spends quality time with his family. Date nights with Patricia and breakfast with his two sons Vicente and Paul cannot be missed.

To help Vince do all these, he turns to FERN Flex. It contains UC-II undenatured type 2 collagen, which is commonly mistaken for the collagen found in beauty products, but is actually a different type of collagen meant to help prebuild joint cartilage. FERN Flex is a product of FERN, the same company that also makes FERN-C.

Through his lifestyle choices and discipline, Vince proves that age is nothing but a number. “[I’m 48], but not feeling it whatsoever,” he said in one of his recent Instagram posts.

Incorporate your own #FlexyTime into your routine by including FERN Flex in your regimen along with proper diet and exercise, so you, too, can stay fit and active - #FeelingBagetsToTheJoints like Vince.

This article was created by Summit Storylabs in partnership with FERN Flex.
Shop the items in this story!
Website
http://www.fern-inc.com/fern-flex/