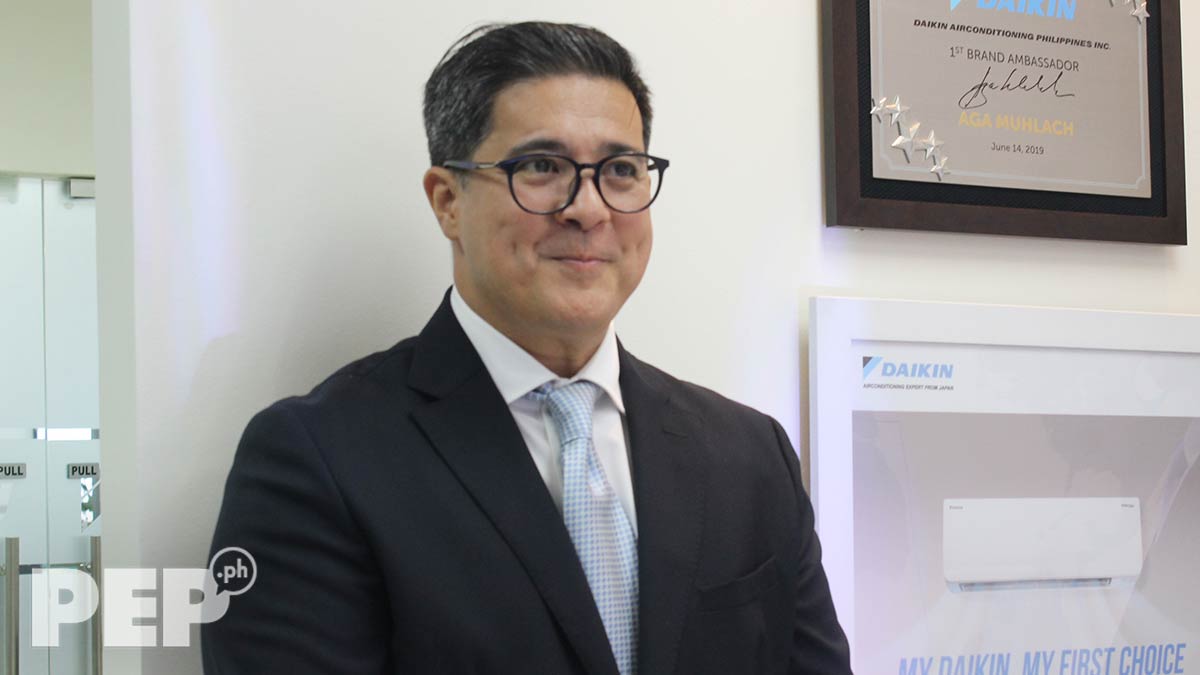 Aga Muhlach is building a new home with his wife Charlene Gonzalez and their kids Andres and Atasha as project collaborators.

The actor reasoned, "Sabi namin, 'Why not?' Because the kids are teenagers now. They're turning 18 this year, so they're part of that."

Aga revealed his home-building project to the press at his contract signing with the air-conditioning brand Daikin last June 14 in Pasig City.

Building a house is nothing new to the '80s matinee idol.

In fact, according to Aga, it is one of his biggest interests.

The first house that Aga put up was his grand Alabang house when he was single.

Then as a couple, he and Charlene built a house as well.

"Charlene and I built this place in Batangas," the actor said.

"And then we had kids, then we got a place in the States...

"Anyway, this project kasi is being built by the four of us now. It's different.

"It's like a project between me, my wife, and my children Andres and Atasha."

The construction of the Muhlachs' new home has started and will likely take much of Aga's time.

"If people don't see me around, that means I'm just busy at the site," the head of the family said.

He also said that these days the construction site is where he bonds with Andres and Atasha.

"Now that my kids are with me, it's easier to build and it's fun...