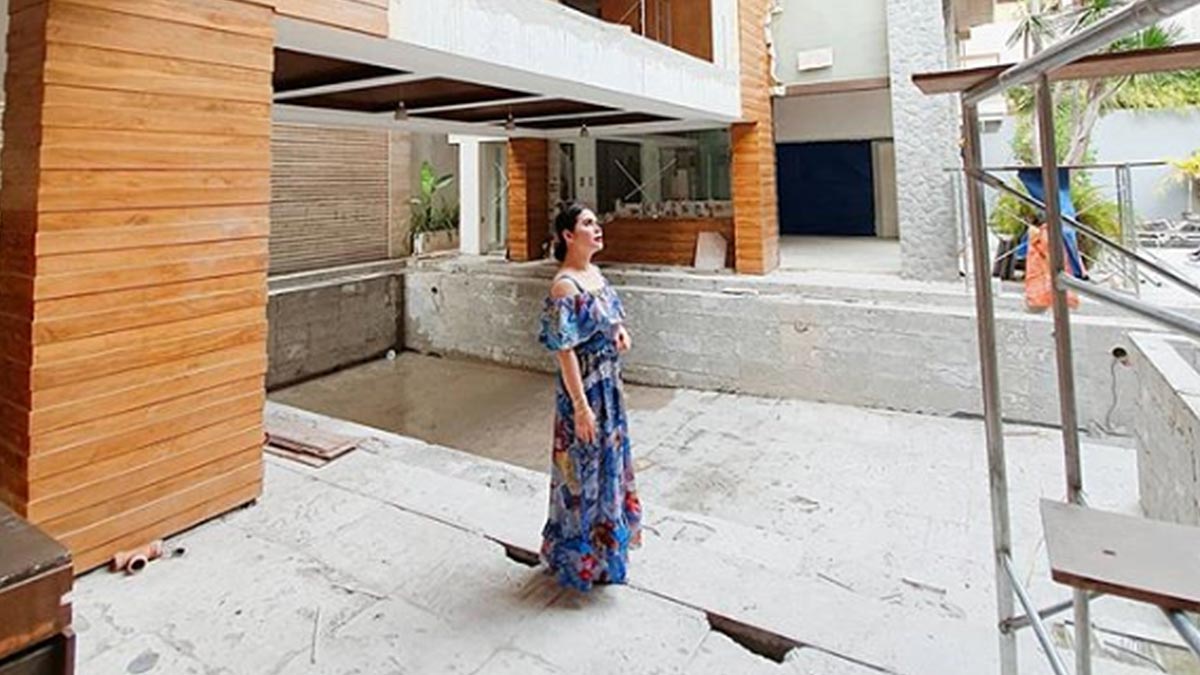 Jinkee Pacquiao, wife of Senator Manny Pacquiao, is glad that the renovation of their PHP388-million mansion in Forbes Park is almost done.

On June 20, Thursday, Jinkee posted a photo showing some changes in the pool area. See the pillars behind her? They were replaced.

This was how the pool area looked back in August 2018.

YES! magazine had an exclusive feature on the Pacquiao mansion in January 2018.

The couple purchased the 1,526-square-meter property for PHP388 million sometime in 2011.

The mansion, which was previously owned by banker Lorenzo Tan, was initially designed by Anton R. Mendoza—the guy behind People's Palace, Two Roxas Triangle, to name a few.

Meanwhile, Budji+Royal Architecture and Design was in charge of the interiors.

In 2014, it was reported that Manny and Jinkee planned selling the mansion for PHP708 million.

And while it's under renovation, the family decided to rent a house in Dasmariñas Village, Makati City.

"This was all purchased abiut [about] 5 years ago by RCBC former president Lorenzo Tan a man of discerning taste.

"The couple has presently demolished all the natural stone and are planning to change it all to porcelain tiles.

"Please explain what is going through their minds. Imagine tiling with fake stone the facade of the CCP by Leandro Locsin [Filipino architect]. What a loss.

"Sorry, national disaster! I will not go deeper into this matter as its their money.

"If they want fake ceramic stone, be my guest."

The businessman also pointed out, "All I can say is her 15 million pesos Himalayan Birkin will not go with this tiled house,” and archly added, "Hasnt she learned from her time spent in Chanel, Hermes etc. They dont use tiles.

"Its not going to be of the same level as her 15m bag.

"Hello, for a few thousand pesos we could have repolished it."

David also hinted that a close friend of Manny and Jinkee might have been behind the couple's decision to renovate their home.

He further said, "Im sorry but based on my dealing with them many years ago regarding another real estate matter (not construction related but in the purchase of a house).

"A high level hanger on of the Pacquiaos, who is banished now, was less than honest, some of those people in the past would misadvise them and try to milk them out of their money.

"The Ccp travertine should have lasted a minimum of 50 years.

"This is the first time travertine has ever been demolished in my 23 year career. First!!!!!

Travertine, according to spruce.com, "is a type of limestone that forms around mineral spring deposits."

David continued, "Sorry, I can think of unkind adjectives to describe this situation and it starts with S.

"They are so insulated by their circle, no one can penetrate with balanced advice.

"Whoever is their flavor of the month and gives bad advice gets followed."

He added, "They should have called Budji or Anton.

"I hope im wrong, maybe the tile seller is a friend of the Pacquiao new found friend I will leave it to your imagination.

"Ps. That wall behind Jinky is not luxurious wood anymore, it now cement board like that chain restaurant you see around town. Initial J."

Aside from their Forbes Park home, Manny and Jinky have two other mansions: an upscale beachfront abode in Saranggani province, and a resort in Boracay.

They also own a mansion in California.