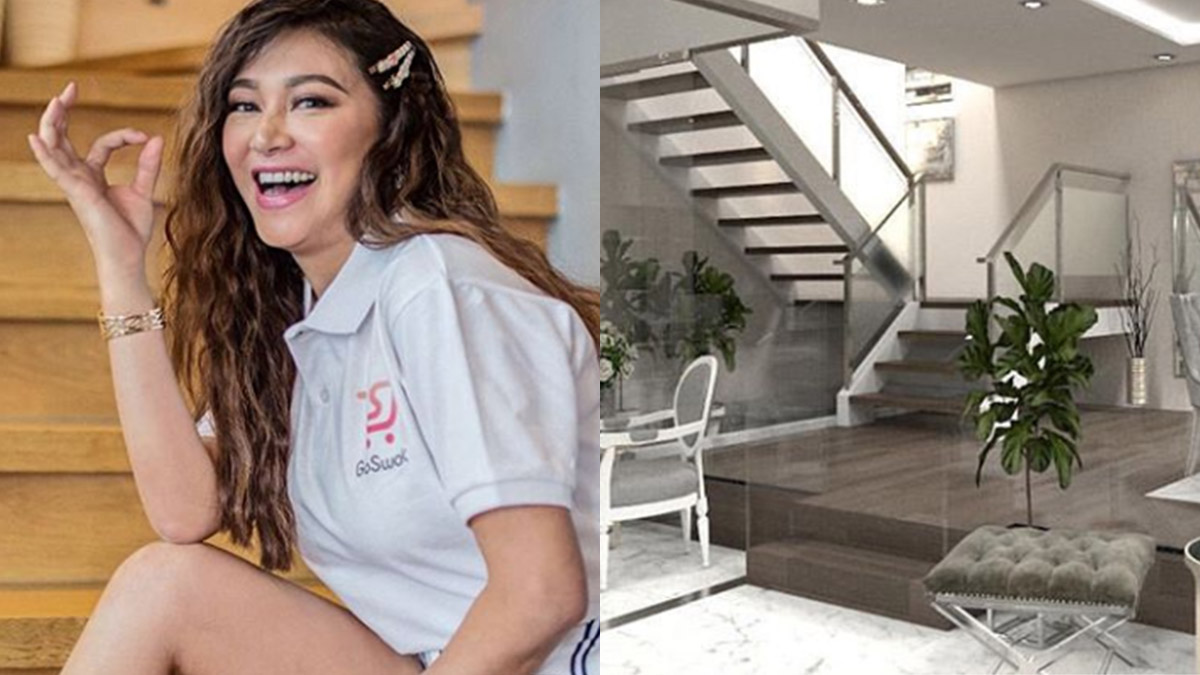 Comedienne Rufa Mae Quinto gives a glimpse of what she's been up to, which includes restoring and remodelling her ancestral home.
PHOTO/S: @rufamaequinto on Instagram

Rufa Mae Quinto is still on cloud nine seeing the restoration of her ancestral home will be finished in just a few months.

On October 1, Tuesday, the 41-year-old comedienne shared in her Instagram account a glimpse of how her old house will look after the restoration.

In an interview with PEP.ph (Philippine Entertainment Portal) through Instagram's direct message, Rufa Mae said the ancestral house holds a special place in her heart since she spent most of her childhood years there.

She recalled (published as is), "[It's] the first house of my grandma Lucing, who I call my Mom also, siya nag-alaga at nag palaki sa akin (father side). [It's] located at Cubao, Quezon City. I lived there before when I was single."

The house was eventually turned over to her aunt, but Rufa Mae bought it back in the late '90s during the popularity of her Booba persona.

"I got the house in 2000, which was sold by my auntie. My grandma sold her first house to her niece na doktora.

"So it was sold back to me, parang binalik lang ni God itong house sa akin. I guess para sa amin talaga ito.

"Bound to happen kaya I will cherish this since daddy ko also lived here around 1969-1970."

She later added, "I didn’t push sa house on my own because I felt alone. I told myself I will have my own house when I have my own family.

"I’ve been living alone in Acropolis subdivision for almost ten years, from 2000 to 2009, and ayaw ko na. So I decided to return to my family's ancestral house."

Rufa Mae said it took her ten years to finally achieve her dream look for the ancestral house.

With the guidance of her go-to architect, she is very much hands-on when it comes to the interior design.

She told PEP.ph, "My architect, Charina, helps me. I've been brainstorming for this since 2009, in Corinthian hills, yung house ko when I was single, kaya kilala na ako ng architect ko.

Rufa Mae's love for interior design came in handy during the planning of restoring her ancestral home.

"I learned from studying online and practice. I have magazines and books for home interiors."

Her passion for interior design eventually led her to start a build-and-sell real-estate business with her older brother, Architect Archie Quinto.

Basically, Rufa Mae and her brother buy realty properties, then they build or rebuild, and sell homes.

Their family business also helped fund the ongoing renovations for their ancestral home.

She said, "We have a budget ever since because we've been in the buy-and-sell business for years."

Rufa Mae added, "Wala ako masyadong gastos pero sa interiors, finishing ng comfort room, and my kitchen, diyan tayo mapapamahal, so I need to save up for my luho."

The construction will be completed in January or Fenruary 2020.

Aside from their ancestral house, Rufa Mae and Trevor have been looking for a house to buy in California.

"My husband is buying our American house naman now din, kaya two houses inaayos ko this time. By January, we will have two houses. Amen. hahaha."

Rufa Mae will also be hands-on with the interiors of their new house.

"My husband will buy it so he is scouting for our new house.

"If he is not busy we do it together, but since busy siya, most of the time ako pa din yan with his approval lahat.

"We live in San Francisco, California. That will be our home also kaya todo na 'to."