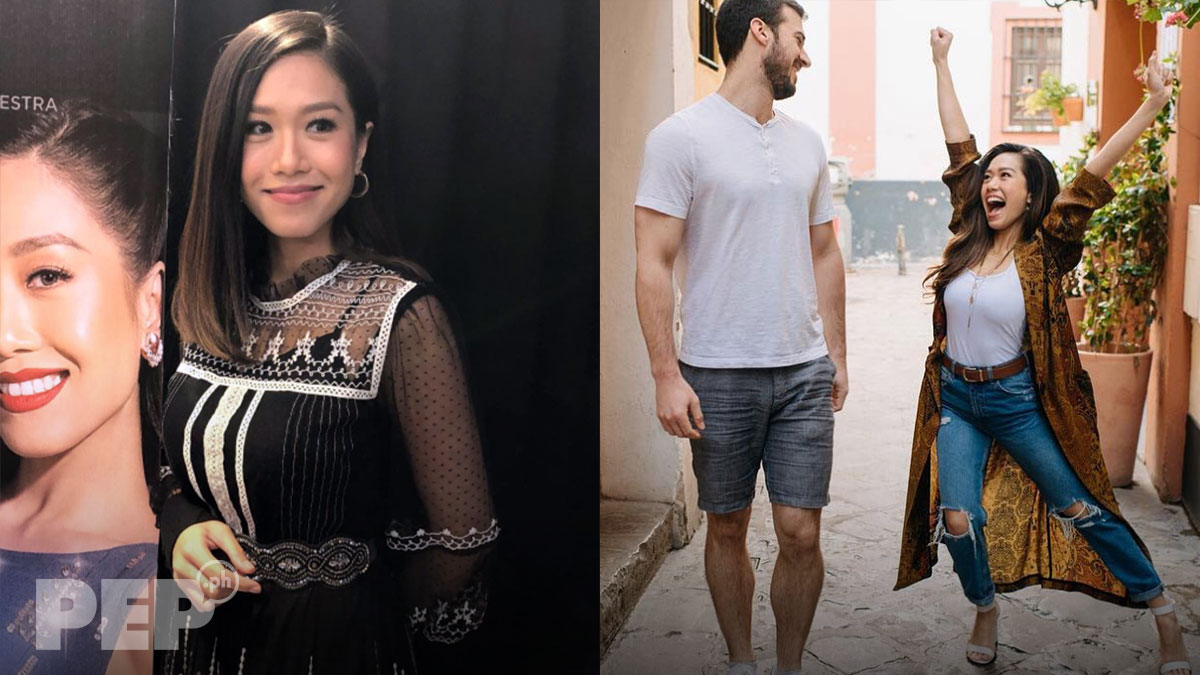 She calls owning the house an "answered prayer."

The West End star tells PEP.ph (Philippine Entertainment Portal), along with other reporters, that it took her and Martin a year to find the perfect home in London, where they intend to build a family.

Explaining house ownership in the major European city, she says: "Ako yung nagri-research during the morning. Yun ang pinagkakabusy-han ko for a year.

"Hanap nang hanap ng bahay. Tapos kapag may maganda, I will show it to the husband.

"So, when we saw this house—we viewed it on a Sunday—sabi niya, 'This is the one. This is it.'

Recalling what they had been looking for in a dream home, Rachelle Ann says this house is more than what they had ever prayed for.

Another thing they both love about the house is that it is in a quiet suburban neighborhood and yet has easy access to the city center.

Brexit is the new political reality in England, after the country took itself out of the European Union.

It was July 2019 when Rachelle and Martin first saw the house in Greenwich, London, which is 20 minutes away from West End, another big bonus.

Rachelle is, after all, in the 2020 cast of West End's Les Miserables. The long-running, acclaimed musical-drama starts its run in March and ends in April, and then has another run in July until the end of the year.

Rachelle Ann had also topbilled the West End production of Hamilton, from 2017, when the critically applauded American musical opened in London, until November 2019.

MOVING INTO THEIR dream HOME

Rachelle Ann says that she was actually in Manila when Martin first got the keys to their new house, and moved in, on December 1, 2019.

The effervescent talent adds, "Ang lungkot, di ba? Sabi ko, 'Ay, naku, nasa Pilipinas ako.' Sabi niya, 'No, you have to go home. I can manage all these.'"

She recalls that it was Martin's idea for her to spend time with her family in Manila after her long stint in Hamilton ended.

"Isang malaking achievement for us, as a family... building a family rin. Regalo talaga ng Panginoon. "

Rachelle Ann has yet to show pictures of her Greenwich home.

Asked what the interior looks like, the international theater star answers that she and Martin are still working on it.

"Yun nga, wala kaming gamit! Hahaha! Coz we were renting.

"The company has been providing housing for me. For the past five, six years, na-spoil po talaga ako. Wala akong gamit.

The first furniture they bought is a couch.

Now that she is again in Manila, Rachelle Ann says she and Martin are constantly communicating with each other about what else to get for the house.

She also plans to furnish the house with accents of wood to give the place a farm-house feel.

COOKING FOR FRIENDS AND COLLEAGUES

In the last five or six years that she has worked abroad, the singer-actress says she has learned how to cook her own meals to save money.

She also thought of cooking Pinoy dishes as a way to build relationships with the people she meets at work.

Rachelle Ann cannot wait to throw intimate get-togethers once she is back in London.

She is currently in Manila for her Valentine concert, on February 14 itself, at the Marriott Grand Ballroom of Resorts World Manila.

Martin, a South African who is a U.S. citizen, has been living in London with Rachelle Ann since they were married in April 2018.

He used to work at the New York office of a luxury fitness center, but retained his position as general manager when he got the transfer to the company's London branch in July 2018.