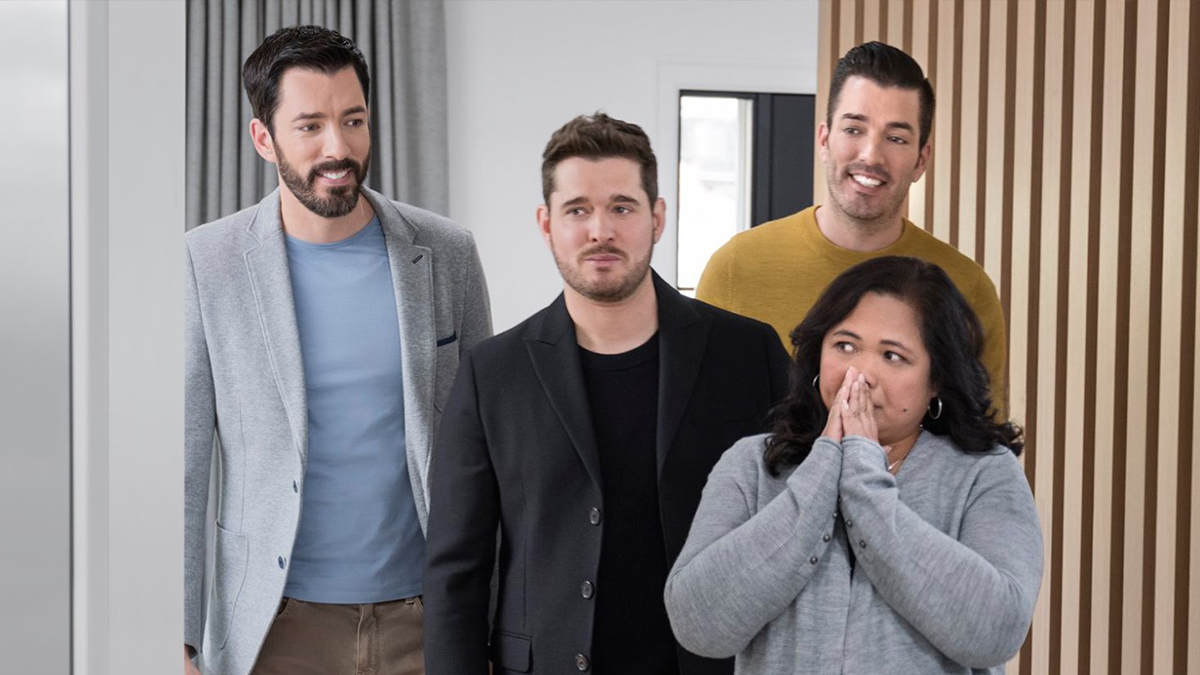 Michael Bublé (middle) paid an emotional tribute to his late grandfather by granting his final wish of giving the latter's house to his Filipina nurse, Minette (bottom row). The Grammy award-winning singer sought the help of Celebrity IOU's hosts Drew (left) and Jonathan Scott (right) for his surprise to Minette.
PHOTO/S: Courtesy of HGTV Canada / Property Brothers on Facebook

Michael Bublé has now granted his late grandfather's final wish: to give the latter's house to Filipina nurse Minette.

The 44-year-old Canadian crooner was the featured celebrity in the first episode of HGTV Canada's Celebrity IOU.

The show's concept allows celebrities to show their gratitude to people who made an impact on their lives.

Seeking the help of the show's hosts Drew and Jonathan Scott was an afterthought for Michael, who had long planned on giving Minette the surprise.

At the start of the program, Michael told Drew and Jonathan his fondest memories of his late grandfather Demetrio and the house that he built with his own hands.

"My whole life, especially as I got older, every single day I would grab cups of coffee and go visit my best friend, that's my grandfather.

"And he would play me his old records and say, 'This is Dean Martin, this is Alan Fitzgerald.'

"And he would say to me, 'Grandpa's an old man, I'm gonna die soon, can you just learn these three songs with me before I go.'

"So I would learn them and sing for him and we'll sing together... And I miss him every day."

The "Home" singer also recounted how he met Minette.

"Instead of them ever going to a home, I hired Minette, a nurse, to come and live with them. And by the end, [she] was his best friend."

Michael added, "She's really a special, beautiful woman. My grandpa would be so happy. This was his dream."

Minette was unaware that the house would be undergoing a renovation because she went back to the Philippines for a number of weeks.

Upon her return, Michael convinced Minette to go on cam, telling her it was for a documentary he was doing about himself and his late grandfather.

When Michael finally revealed that the newly renovated house was actually for her, Minette was speechless.

Tearfully, she thanked Michael, "I have no words right now. It hasn't sunk in yet. It's beautiful, beautiful.

"Grandpa, thank you so much 'cause even beyond wherever he is, he's still thinking through you [Michael]."