Daniel Padilla, a homeowner at the age of 19.

It is interesting to find out where they rest their feet after every successful project. And here they are, the luxurious homes they've built from their hard work and perseverance.

At the age of 19, Daniel Padilla fulfilled his promise of a bigger home to his family. He moved his mom Karla Estrada and his four siblings into this 1,000 square-meter modern Mediterranean home in an exclusive subdivision in Quezon City.

Enrique Gil loves the comfort of his childhood home in Parañaque. 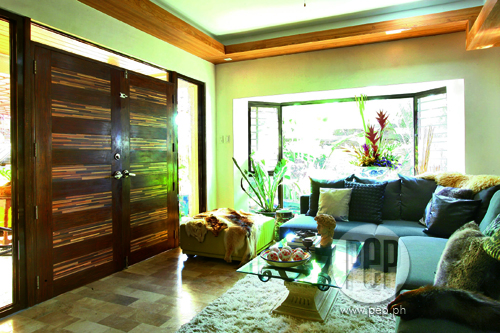 Where the 26-year-old actor splurged his hard-earned money was on this five-story beach house in Anilao, Batangas, he bought n 2016.

The GMA-7 star purchased this two-story, 300-square-meter Laguna property in 2014.

Alden had the interiors of the house renovated, keeping the tower as is for a unique touch.

Coco’s 2,000 square-meter home in Quezon City is a marvelous piece of architecture.

It has all the space, the look and feel of a resort villa.

The actor's home is "modern, masculine, but with a jolt of color."

Derek himself supervised the design and construction of his 600-square-meter home in Alabang, Muntinlupa.

He shares this home with his girlfriend Joanne Villablanca.

The celebrity hunk also has an inviting beachfront property in Palawan.

This seaside sanctuary was a family effort. His dad, Derek Arnold, supervised the structural design, while Derek and his mom Medy took charge of the interior design.

Home to Dingdong when he was a bachelor was the family house of his grandfather Enrique Gonzales. The Kapuso actor had it remodeled into a modern Asian-inspired home.

At night, it transforms into a beachside nook.

Piolo started investing in home properties in California and Nevada during his early years in showbiz, partly to help her mom Amy who wanted a new life in the U.S. with her six children.

The Los Angeles home was Piolo’s surprise to his mom.

It offered a much quieter neighborhood than Mommy Amy’s first home in the city center.

Meanwhile, Piolo and his sister Patricia have a home in Las Vegas.