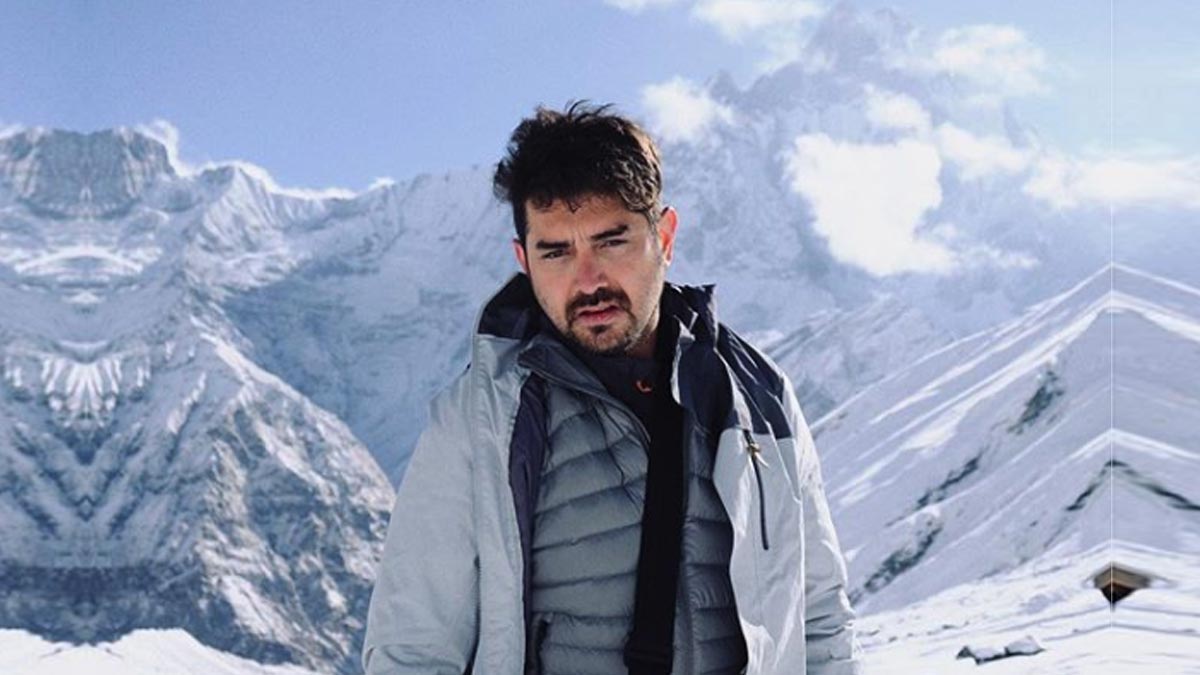 Ian Veneracion appreciates life best when he is one with nature: "Seeing lightning under your feet, di ba? Those are the moments I live for."
PHOTO/S: @ianveneracion1 on Instagram

Ian Veneracion can't pinpoint when his love for the outdoors began, but be it air, water, or earth sports, he lives for the thrill that the elements bring.

He said, "I've always been in touch with the elements, like, dagat, maaga ako nag-start mag-enjoy mag-scuba.

"When I was, I think 14, I started scuba. And then I had to wait two years to get my license.

But Ian is well aware of the danger he encounters from his extreme adventures.

"You're always in a near-death even just going from here to my house on a motorcycle is just a dangerous thing," the actor told a small group of press after the media conference for Zsa Zsa Padilla's Totally Zsa Zsa concert last April 12.

Ian will be one of Zsa Zsa's concert guests.

Ian then recalled "one of the best experiences" he had with nature.

"So, yung instructor namin—he's American—niyaya ko, 'Tara, let's do one jump first while they're in class.'

"Okay, so we got on the plane, we did one jump.

"And then usually, what I do is, kapag may small puffs of clouds, sometimes papasok ako diyan and then I just inhale it.

"On this day, merong off na cloud."

Ian checked first if his American companion was close by, and the actor eyed the cloud ahead.

"Something told me huwag kong pasukin.

Ian regained consciousness, and heard a rumbling sound above him.

He quickly remembered that he was under a parachute.

Ian and his American companion reached the ground safely.

"Unlike when you're standing on the ground, you're like a lightning rod.

The experience did not stop him from seeking out more adventures outdoors.

"I mean, how many people can experience that? Seeing lightning under your feet, di ba? Those are the moments I live for. That's why I love the outdoors."

Whenever his time allows him, Ian finds solace in nature.

"Parang, there's something about being alone in nature that I really, really enjoy, and I think there's wisdom there.

"That's the only time I get to observe myself—how I lose my temper, how you react, how you figure out things.

"It's the perfect time for me for introspection, because it's like observing myself from a distance."