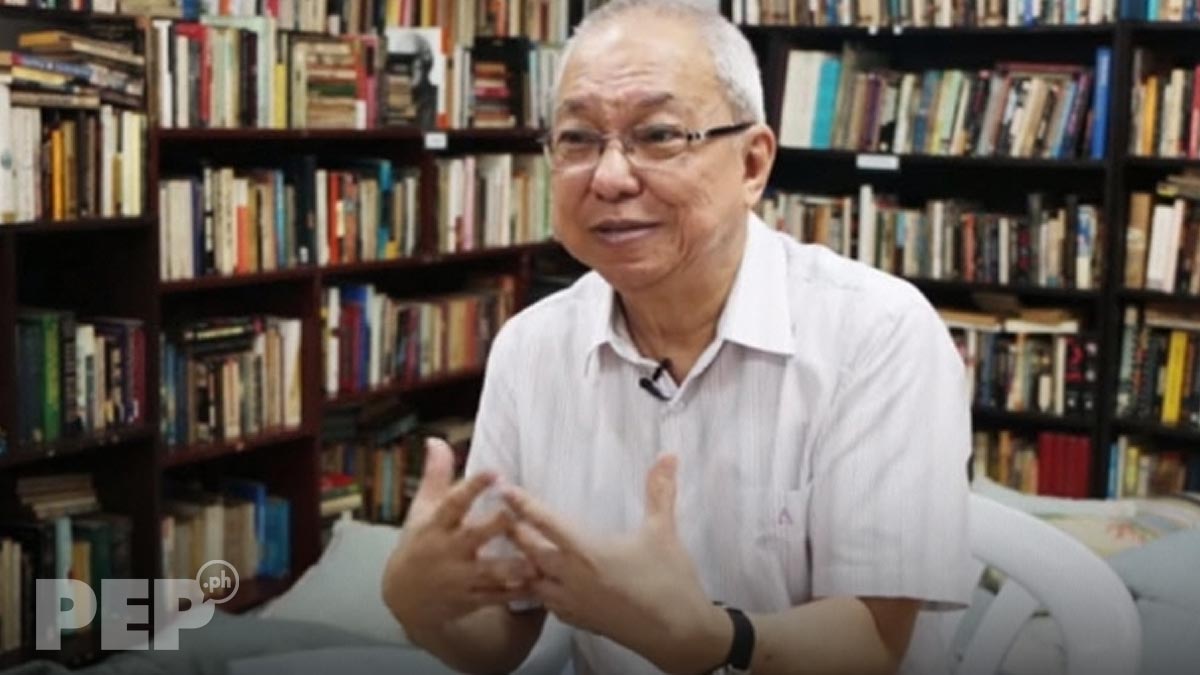 Ricky Lee had always known what he wanted in life—to become a writer and teacher.

Those were his dreams from the time he was a boy orphaned early and cared for by good-hearted, but impoverished, relatives in Daet, Camarines Sur.

When he came of age, Ricky banded with four of his high school buddies who shared his aspiration to study in Manila.

They left their province with high hopes they would find work there and earn enough for a college education that their families could not afford to give them.

Now a multi-awarded screenwriter, Ricky recollected the depth of his friendship with his provincemates—Ruben, Levy, Pepe, and Manolo—in the speech he delivered to the graduating class of the Polytechnic University of the Philippines after receiving his Doctorate in Humanities Honoris Causa from the university last Wednesday, May 8.

At 72, he has vivid memories of the hardships all five of them endured side by side in Manila.

In his speech, he recalled how they hanged on together as their youthful dream of a bright future got dimmer and dimmer.

In the end, it was only Ricky who stayed in Manila to follow his dream. His friends returned to their hometown, but not before making sure that Ricky was in good hands.

It was Levy who had died, and the son whom Ricky sent to college was Ruben's.

About Pepe and Manolo, he said, "Yung dalawa naman, back and forth sa Manila-Bicol. Yung isa, nag-stay sa Manila.

"We went through that, sa ganung hirap."

Ricky said he was particularly close to Levy, who found ways to help him continue with his writing.

"Parang nakakaya lahat, e, so I think it's the writing fueled by my imagination; I think malakas yung mundo ko ng imagination.

"I think that kept me going... I think yun yung nag-sustain sa akin e, all the way.

Ricky had a hard life growing up. His mom died when he was five and his dad passed away when he was in high school.

His father's siblings embraced him as their own, but they could ill-afford to help Ricky achieve the future that he wanted for himself.

Impassioned by his dream, Ricky refused to be discouraged. It was was then that he decided to leave his hometown and chart his future in Manila.

In his graduation speech, Ricky remembered spending most of his time reading the works of Filipino authors in the school library.

He told Pep.ph, "I really wanted to become a writer, elementary pa lang.

"May mga letters ako from them inspiring me noong high school pa lang ako wanting to learn how to write, and so on.

Reading and communicating with his favorite authors did not only help Ricky hone his nascent skill in writing, they also stoked up his other dream of becoming a teacher.

RICKY'S WAY OF GIVING BACK

Ricky has been conducting free scriptwritng workshops at his home in Quezon City every Sunday.

According to him, it's his way of giving back for the good fortune that has come his way as a writer.

And as it has turned out, Ricky noted, humbly and gratefully, that he has also become a beneficiary of his own good deed.

He told PEP.ph, "These years, ang mentor ko maiko-consider ko would be my workshoppers.

Humility is a known trait of Ricky for which he has been consistently praised.

In the last 40 years, he has written scripts for more than 170 films and documentaries, and has received over 60 awards and recognitions in the process.

Ricky acknowledged, in a manner of saying, that the accolades feed his fighting spirit, not his ego.

"It's the writing itself na parang award. And I am a hard worker.

Did that mean he never suffered a creative block?

"And then, eventually may lalabas. I think it's just the process. It's hard work but it's a process."

Instead of forcing his creativity out, Ricky said he would start aother project to ignite fresh ideas.

"Sometimes, you feel like nag-dry up yung ideas mo sa isang bagay, then shift to another project.

"I usually do two to three projects at the same time.