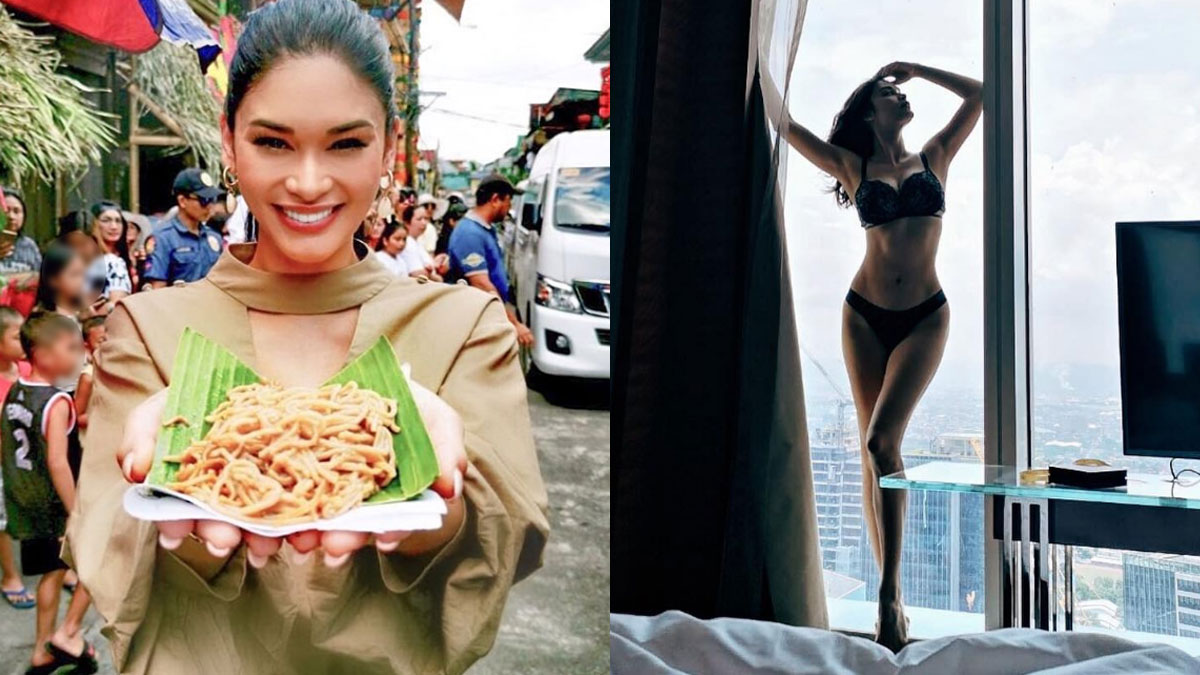 Through her far-reaching social media platforms, Miss Universe 2015 Pia Wurtzbach gets to help promote her advocacies and socio-civic endeavors.
PHOTO/S: @piawurtzbach on Instagram

Beauty and brains are a wonderful combination, and Miss Universe 2015 Pia Wurtzbach has it in spades.

And with her queendom extending to the cyber realm, Pia makes sure that her platforms are used not just for selfies and glamorous shots, but also for posts that change lives and make a difference.

On Instagram alone, she has a staggering 8.5M followers. Miss Universe 2018 Catriona Gray 2018 comes in second with 5.7M followers.

Who manages her accounts?

Pia reveals that she handles them herself, and wants her posts to be as spontaneous as possible.

But browsing through her feed, her main requisites seem to be: (1) it should cover her diverse interests (2) it should give glimpses of her life on cam and off cam.

In her latest interview with PEP.ph (Philippine Entertainment Portal), she explains, "It should be a nice mix. Your social media should be a nice mix of whatever personal stuff you wanna share, anything new happening in your career, in your life, and things you're passionate about, such as your chosen advocacies.

"To me, it doesn't feel like work because it's natural lang."

She generously peppers her feed with glamorous head shots, usually taken from one campaign, commercial, magazine shoot, pictorial, or another.

Her travel shots are so extra, and look like a page from a glossy magazine.

This was taken on the famous Times Square in New York.

This was in Dubai with the iconic sail-shaped hotel Burj Al Arab Jumeirah as her backdrop.

This one's from Dolce and Gabbana's banana leaf print collection.

Chanel is one of her top brands for bags.

She looks fabulous even on her denim day.

Her captions show her wit and candor.

But while she looks stunning in full-length formal gowns and what-not, Pia glows from within when it comes to her many, many swimsuit shots, which usually generate six-digit likes.

This one had almost half a million likes.

She did nab that Miss Universe crown for a reason, right?

And sometimes, the quiet and simple posts like this that captivate her social media audience, just like it did boyfriend Marlon Stockinger, who couldn't help but sing praises in the comments section.

She was clad in a Jo Rubio gown.

So whether Pia is making millions smile with her work on an advocacy or just making our hearts race with thumb-stopping photos, she does not fail to inspire her followers.

That said, she has been using the very public and global platform Miss Universe has afforded her to spread HIV/AIDS awareness around the world, and help eradicate the stigma surrounding the disease.

She has also been a UNAIDS Goodwill Ambassador for Asia & the Pacific since 2016.

Today, Pia continues to reign as the most famous advocate for LoveYourself, the brainchild of Ronivin "Vinn" Garcia Pagtakhan.

LoveYourself is all about building an empowered community via social media through HIV counseling, testing, treatment, and life-coaching among the youth, MSM (males having sex with males), and transgender people in the Philippines.

PEP.ph recently spoke with Pia about her work for LoveYourself, which was one of the charity gala's beneficiaries.

Pia remarked, "I have been working with LoveYourself since 2016. I am just really happy na continuous pa rin yung relationship namin and we still work together in going into different communities or schools or opening clinics."

Her social-media feeds also have a space for the announcements and projects of LoveYourSelf.

"If there is anything I need to post...they contact me directly, and I am always willing to post any announcement that they want to make.

"I work very closely with them besides postings, we also do appearances and community services."

The 29-year-old star revealed that she'll be traveling for LoveYourself by July.

She said, "Next month, 3 and 16, sure ako next month, I will be in Cagayan de Oro and Cebu to open two new clinics. I am really excited about that. I haven't been home to Cagayan de Oro since I won, so this is going to be kind of like a homecoming!"

While Pia was born in Stuttgart, West Germany, she took up her elementary studies in Iligan City and Cagayan de Oro, her mother's hometown.

Pia acknowledged the power of using social media to propagate the advocacy of LoveYourself, which has helped in establishing it as a top choice when it comes to HIV testing. But she added, "It is not just through Instagram, that is just a little part of it. The work doesn't really end there.

"Iba pa rin yung when you're really on the ground and working with a lot of people but you know social media also really helps."