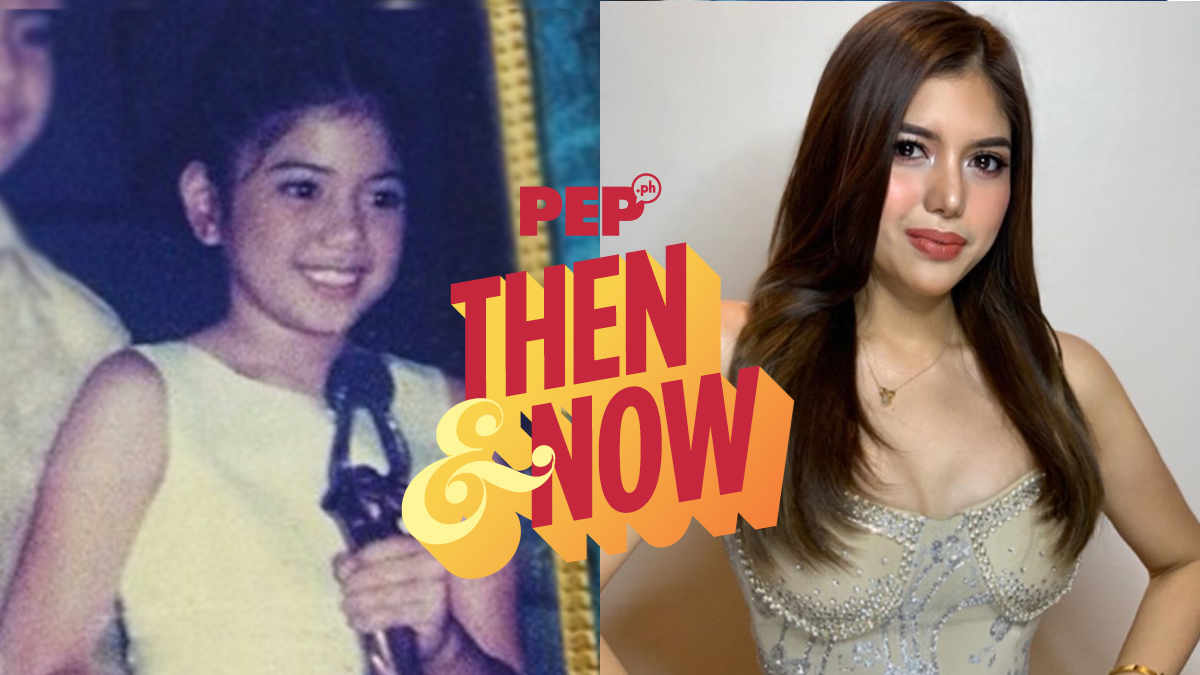 Former child star Isabelle de Leon is among the among the top 40 candidates vying for the Miss World Philippines 2019 crown.
PHOTO/S: @isabelledeleontv / @edssmakeupartist on Instagram

Many pageant fans were thrilled to learn that former child star Isabelle de Leon was joining a national pageant.

Isabelle and fellow GMA-7 talents Michelle Dee and Kelley Day were named among the top 40 candidates vying for the Miss World Philippines 2019 crown. The announcement was made after the pageant's final screening held last Sunday, August 4, at C3 Events Place in San Juan City.

PEP.ph's (Philippine Entertainment Portal) Instagram post about Isabelle joining the pageant was filled with comments expressing support for the Kapuso actress-singer's bid for the beauty title. Some even went down memory lane and recalled their fondest memory of Isabelle when she was just a child star.

Isabelle started her showbiz career in 2000 via the Kapuso mini-series Munting Anghel, where she played the role of Angelina. The series also starred Antoinette Taus, Glydel Mercado, and Wendell Ramos, among others.

The following year, she landed the role that won the hearts of Filipino viewers. Isabelle portrayed Duday in GMA-7's sitcom Daddy Di Do Du, which aired from 2001 to 2007.

Duday was the youngest daughter of Kul, played by Vic Sotto. The sitcom also starred Danica Sotto-Pingris as Dinna and Maxene Magalona as Donna.

In an interview with PEP.ph after the announcement of Miss World Philippines 2019 contestants, Isabelle said she remains grateful that her fans still remember her as Duday. 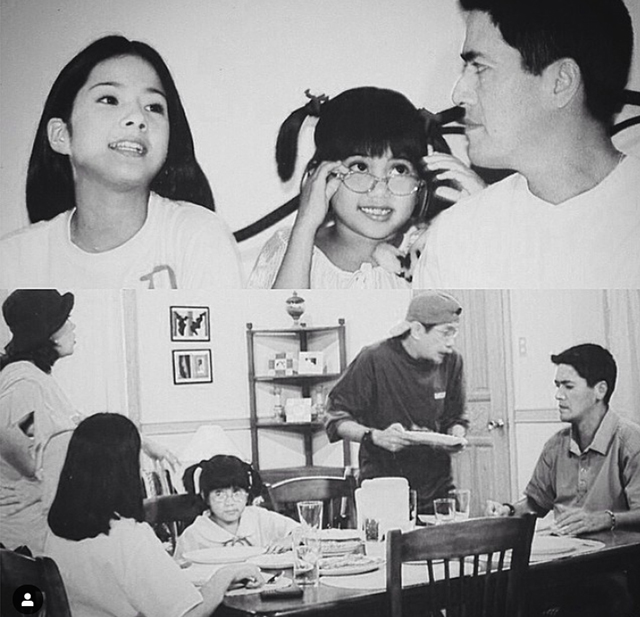 Isabelle said even her former co-stars still call her Duday every time she meets them.

She recalled one time when she made an appearance on one of Vic's TV programs, "'Pag nagkaka-guesting ako with them, they still call me 'Duday.' Nakakatawa kasi parang hindi talaga ako nagdalaga sa paningin nila. They still see me as 'Duday.'"

Isabelle considers Vic as one of her father figures in the showbiz industry. She explained, "Ang tagal ko rin silang nakasama. It's like, seven years na I was with them. I actually literally grew up with them na."

The 25-year-old actress-singer also revealed being in contact with her Daddy Di Do Du sisters Danica and Maxene even after the show ended in July 2007. 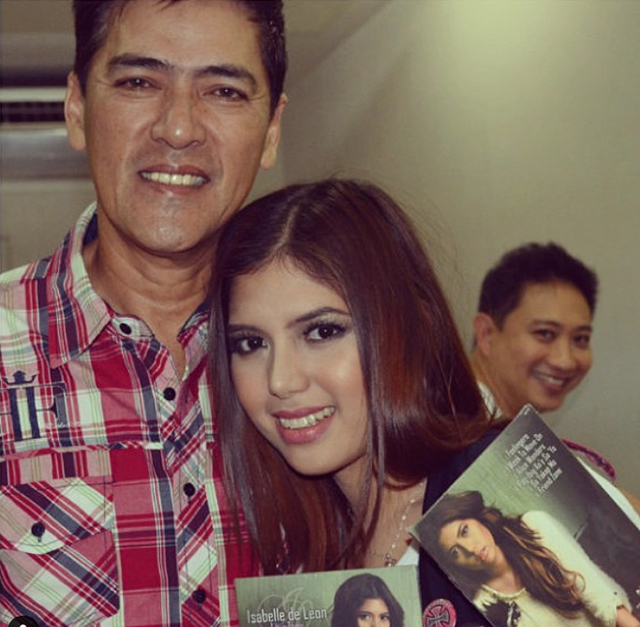 As a movie star, she made her mark in 2003, the year she played Helen, a child with cerebral palsy, in Magnifico, which was top-billed by Jiro Manio and was directed by the late Maryo J. de los Reyes.

The role earned her several awards. 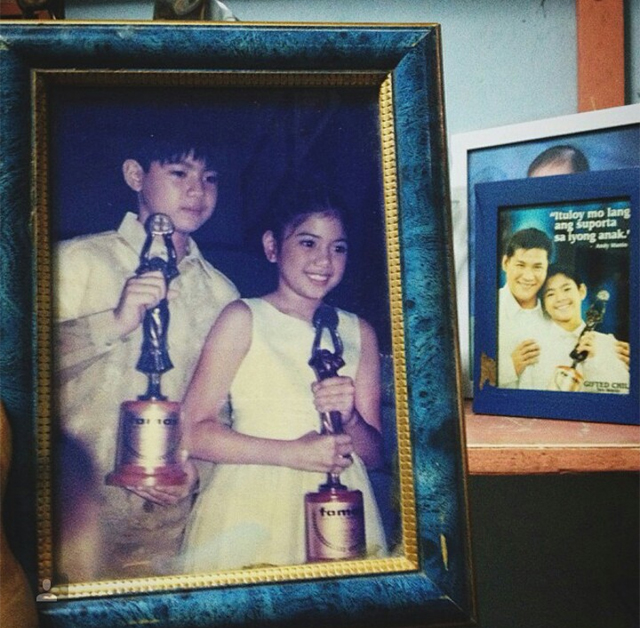 After that, she starred in three movies—Soliloquy, Litsonero, and Padre de Pamilya—before finally taking a break from showbiz in 2009.

During her hiatus, Isabelle felt she had entered her "awkward stage."

She told PEP.ph, "I was a chubby kid, and I wasn't the cool kid, so I've experienced bullying and cyberbullying."

But she decided to brush off the negative comments.

"I guess, at the end of the day, you just have to listen to your own voice, that you're carefully and wonderfully made. So whatever they say to you shouldn't put you down. It shouldn't let you down."

Isabelle with Joonee Gamboa, her Lolo Gener in Daddy Di Do Du. 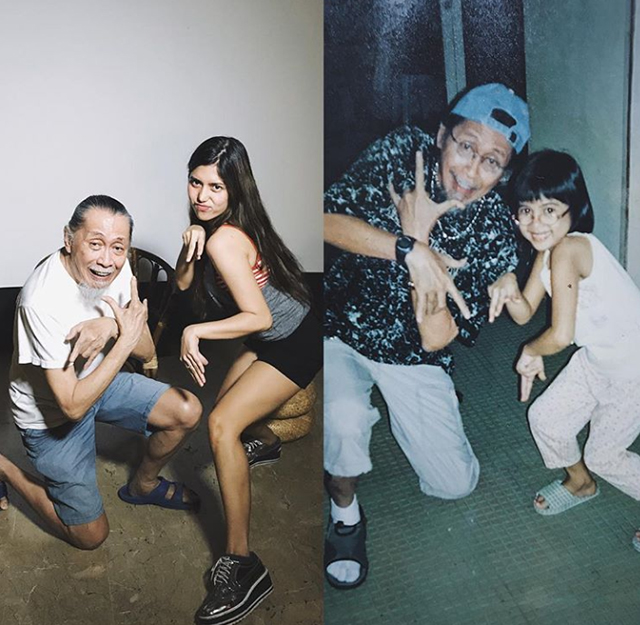 Isabelle officially made her comeback in 2011 through ABS-CBN's Nasaan Ka Elisa?, after which she starred in Maria Mercedes (2013) and appeared on Ipaglaban Mo (2014). She also did several projects with TV5, including Trenderas (2014) and Wattpad Presents (2015).

In 2013, she decided to launch her music career via her debut album LoveZone.

She told PEP.ph in an interview, "I finished high school po and dun ako nagkaroon ng time na tumutok sa musika. That's why I came back as a singer-songwriter, aside from being an actress."

With acting and singing checked off her bucket list, Isabelle has decided to expand her horizons. This time, her goal is to become a beauty queen.

Isabelle told PEP.ph, "Siguro, you're never too young or never too old to set a new dream. I never expected myself to become a beauty queen. But I guess, even though this is my first pageant, life can change you into becoming a beauty queen."

One thing that inspired her to join Miss World Philippines was the pageant's "Beauty With A Purpose" advocacy.

Part of her advocacy is to raise funds for Child Haus Manila, a non-profit organization which helps children with cancer.

"Even before joining the pageant, I really believe—you know, 'cause I'm a singer and songwriter—that music should uplift and inspire other people. That's why I joined Miss World Philippines. I believe in what it stands for, which is 'Beauty with a Purpose.'

"So, on my free time kasi, I play music sa children's hospitals and I support Child Haus. Kung papalarin tayong makuha yung korona, I would love to promote my advocacy for Child Haus."

Like most candidates, Isabelle also trained to become a beauty queen before she officially signed up for Miss World Philippines.

"We did the pageant walk. They had to train our walk with heels, also basic styling, hair and make-up, question and answer, and personality development. It's really hard, but the [mentors] are really good at it so they make it fun. We're all enjoying it talaga."

When asked about beauty queens she looks up to the most, Isabelle named Pia, as well as Miss World 2016 Top 5 finalist and current Miss Universe Catriona Gray.

She explained, "They worked hard for it and it shows with the way they walk, the way they speak. They really prepared for the crown and they deserve it. So I really look up to the both of them."

If she wins a crown at the Miss World Philippines 2019 pageant, Isabelle wants to be remembered as a "beauty queen with a big heart."