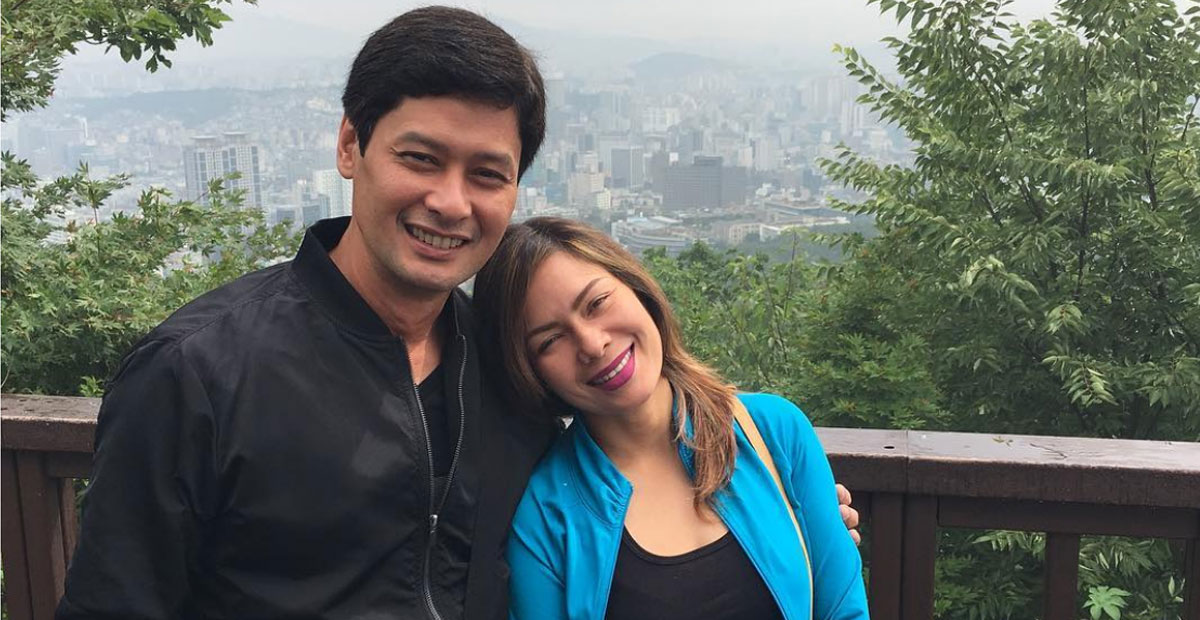 Tonton Gutierrez and Glydel Mercado have been together for a total of 21 years.
PHOTO/S: @glydelmercado on Instagram

Celebrity couple Tonton Gutierrez and Glydel Mercado have been together for a total of 21 years—six years as boyfriend/girlfriend and 15 years as a married couple.

For Tonton, the secret to their lasting relationship is that they are both simple people.

“Relax lang kami, that’s the secret behind it, simple lang,” he says.

In their two decades together, they have never dealt with any issues about a third party.

“Maliit lang ang mundo, and with social media,” he says.

When Tonton and Glydel got married, many thought and said that, just like any other showbiz couple, they would not last. But they have proven their naysayers wrong.

Do they have any major fights?

“One major fight, we broke up, 'tapos yun na yun. There was one big fight. Hindi na namin malaman kung ano, we broke up and then that’s it.”

They both accept roles that call for love scenes and sexy scenes. Does this ever become an issue between the two of them?

TONTON AS A PARENT

As parents, he and Glydel have kept their communications lines open with their two daughters, Aneeza and Aneeka. There was even an incident where they talked to eldest daughter Aneeza about her gender orientation.

How did he and Glydel feel when their daughter confirmed that she was straight?

When asked who Aneeza's crush was, Tonton can't help but laugh when members of the press connect his answer to his past.

Tonton and Donny's mother Maricel Laxa were once linked to one another.

Tonton is currently finishing the film Kid Alpha 1, and will start working on a new teleserye with GMA-7 titled One of the Baes.

PEP.ph (Philippine Entertainment Portal) spoke to Tonton last August 9, Friday, at Annabel's Restaurant, where he and Glydel signed a two-year renewal contract as celebrity endorsers of Beautederm. They were joined by Beautederm owner Ms. Rei Tan.