Gina Lopez: 'Live according to principles, not rules' 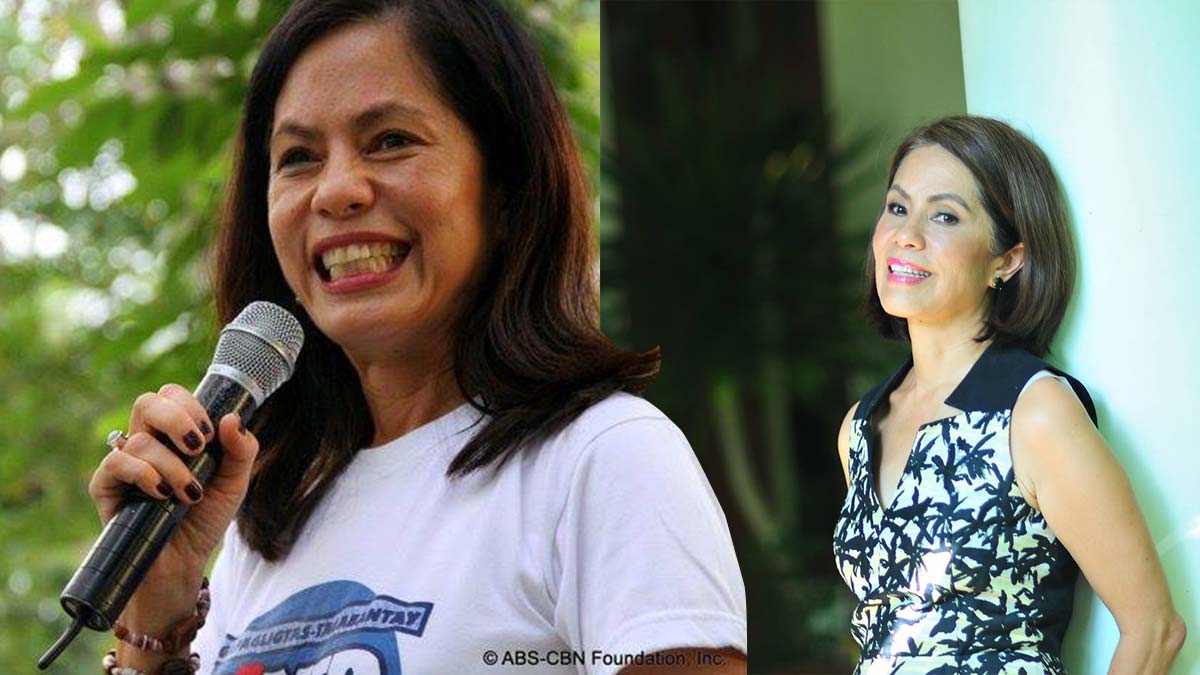 Well done, Gina Lopez. She completed her mission in life, which is to live according to principles, not according to rules.
PHOTO/S: Gina Lopez on Facebook

The country mourns the passing of environmentalist and philanthropist Gina Lopez.

Looking back on her colorful and meaningful life, PEP.ph (Philippine Entertainment Portal) gathers three life-affirming quotes that defined Gina as a private person and an influential public figure in her lifetime.

Gina, the second child of the late Eugenio Lopez Jr. and Conchita La’O, looked back on her childhood with warmth and love. Despite her parents being busy, Gina saw them as good people.

She recounted in an interview with the Metro channel show Driven in 2018, "Daddy was really busy with business. ABS-CBN is like his baby.

"And then we were seven kids. But the things is, no matter how busy they were, they were really, really good people.

"I actually grew up in an ambiance of love and we, siblings, we really love each other."

Her siblings are Marisa, Ernie, Berta, Chita, Gabby, and Raffy.

Ernie is known today as the head of ABS-CBN Publishing Inc. and Creative Programs Inc., while Gabby is the former chair of ABS-CBN Corporation.

But for all that, Gina, who was to become the managing director of ABS-CBN Foundation, was in search of something deeper in life.

"I remember at 11 years old, I would bike every day to San Antonio, this church. It's like my heart is looking for something," she continued on Driven.

"You know how religion can be very external and quite sometimes even heavy and intellectual... I just wasn't inspired by the priests at the time."

Then in college, Gina found an otherworldly connection to the Divine through meditation. And it was through this experience that she discovered her true calling.

At 18, much to the surprise of everyone, her family most of all, Gina turned her back on her privileged life to to become an Ananda Marga yoga missionary.

She taught yoga in Portugal and India, but she stayed the longest in the continent of Africa.

For 11 years, the young Lopez saw the world from the spectrum of the have-nots.

Growing up sheltered in the exclusive enclave of Forbes Park, Gina lived a different life in the slums of Africa.

In her essay in Rogue.ph, she wrote, "I lived for six years in Kenya. Two of those years were in a slum area where we had to stand in line for water, and the toilet system was pathetic.

"It was there that I learned to value water. I had one pail, and that was it: for bathing myself and using the last bit for washing my underwear.

"When one doesn't have much, one treasures every little bit. I lived as the poor lived, so I learned how not to be wasteful—a trait I carry to this day where I use every bit of everything. I learned how to value empty containers, because they can be of use eventually."

She became aware that "situations change. What is good in one situation may not be so in another."

It was also in Kenya where she learned to value the camaraderie of Filipinos. It was through this inherent trait that Gina managed to make ends meets.

She continued in her essay, "Almost all ships had Filipino crew members. Since I was taking care of children in Africa, I would go to the port and visit the ships to ask for help, and the crew was always very generous. So I found myself eating cheese, crackers, and other delicacies whilst living in Africa... It was not a luxurious life, but I always had enough for basic needs.”

After 20 years of living the missionary life, Gina returned to the Philippines for she had fallen in love.

A missionary couldn't be in a relationship, and what made matters worse for Gina and the man she loved was that he was her boss.

They got married but eventually separated. Among Gina's grieving loved ones are her two children with her now ex-husband.

In her essay, Gina remembered rejoicing at her decision to stay in the country, and not just because she found out she was pregnant.

"Life is how you make it. You can see it negatively or you can see even the seeming failures as a positive opportunity to grow.

"If we take on this positive bent, everyone around benefits.

"My consistent experience in life is that as long as one commits to integrity and service, there are Divine Forces that help."

"I BELIEVE I CAN FLY"

Gina had a fight song, and it was the 1998 song "I Believe I Can Fly" by American contemporary RnB artist, R. Kelly.

She sang the song most memorably in 2017, after the Commission on Appointments rejected her appointment as the new Environment chief.

It was a personal battlecry that she also dedicated to the Filipino people.

In her interview in the show Tonight With Boy Abunda in 2017, the environment activist said, "Because we're so colonized and we think we're small. But if you feel small, you will think small, dream small, and will do small.

"We're not small! We should believe we can fly."

Before leading the crackdown of mines in 2016, Gina was actively engaged in Kapit Bisig Para sa Ilog Pasig, which has cleaned 17 out of 48 esteros.

She personally asked various companies for their support, and even scheduled a presentation with GMA-7.

She told PEP.ph's (Philippine Entertainment Portal) Managing Editor Karen A.P. Caliwara back in 2014, "Just because it is an ABS-CBN project does not mean GMA cannot help. We are addressing a problem that will benefit anyone, whether Kapamilya or Kapuso."

One of final projects that she spearheaded was the development of Kinatarcan in Cebu province.

This project was one of the many ways Gina empowered the rural Filipino communities.

"What we're doing there is to show that we can get out of poverty. There are many other islands we are dealing with, but this is my current project," she said in her interview on the Metro Channel show Driven.

"We have been a highly colonized country... the impact of that is there is a part of you that thinks you're small.

"And so, infusing in the community a sense of they can do it, that's a major challenge... But the Filipino is essentially a very loving race, so I have a lot of hope.

"When they start earning money and then they have training, and then, eventually, 'Wow, we did this!' They see what they've achieved. You just empower them..."

In an interview with the NET 25 show MOMents, Gina spoke of her spiritual journey "to feel God's love more and more."

The mother of two boys said, "For me, my goal is spiritual because it's who you are. It's who you are that makes the difference. It's not what you do, it’s where you are coming from.

Gina expounded on her inner spiritual journey in her column for The Philippine Star on January 8, 2019.

The former yoga missionary-turned-environment advocate wrote, "The focus is on myself, not the action. Try it.

"This works for almost all situations in life. Look at the part of you that needs to be shifted. Go inside.

"You may need help from someone deep and insightful. Why do you see things this way? What is causing this behavior? If you figure out the why, then the strategy naturally follows.

"This is so essential to moving on in life. Otherwise, we become a slave to our weaker selves, to situations. We need to evolve and rest so we can lead better lives."

Her daily meditation, which often took up an hour and a half of her day, strenghtened her belief that love is essential to finding inner peace and true joy.

Gina said in her interview with MOMents, "It's when you really feel and you really care.

"Loving others and caring for others and empathy for others, even just the people around you, that will give you joy. Kaligayahan.

"You cannot bring money with you. Hindi mo puwede dalhin yung pera when you die, so live well and live in God's love.

A public memorial service will be held at the La Mesa Ecopark on August 22 and 23.