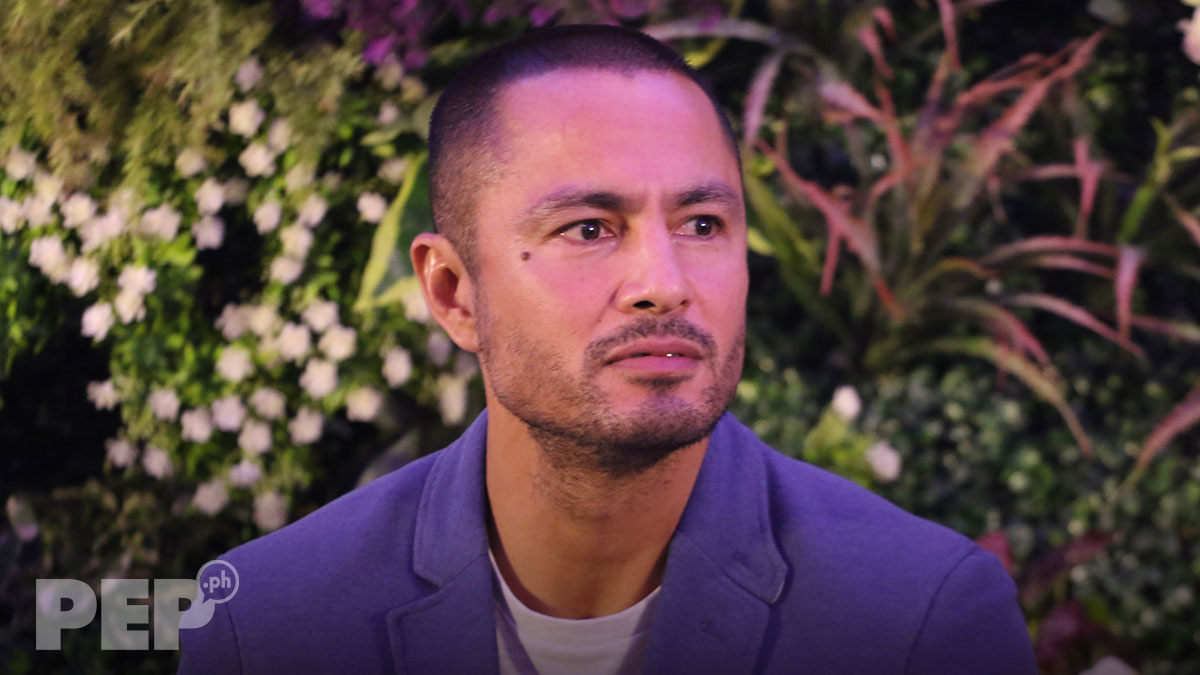 Aside from being an actor, Derek Ramsay is also known as a successful businessman.

He has established several businesses in different fields, including a food park called The Barracks in Tagaytay, a boutique gym in Bonifacio Global City, and their family business, an electronic security systems company called Guard-All Electronic Security Systems, Inc.

Derek talked about his businesses in an interview with the Summit Media press, including PEP.ph (Philippine Entertainment Portal), on Tuesday afternoon, August 20. The interview was held during his media rounds for his endorsement, Dunkin Donuts.

When asked about his considerations before venturing into a new business, the 42-year-old actor-entrepreneur said he surrounds himself with people who help him choose where to invest his hard-earned money.

He shared, "Luckily, I've been blessed to meet the right people. I have a good team that helps, that I can trust, that can run the business when I'm not there."

Derek added, "The family business is the security business, so my parents are involved there. With the other businesses, I have the right people."

For all of his success in business, Derek also experienced a lot of failures.

He said, "I don't think you can gain success if you haven't gone through failure. And I've gone through a lot of failures."

He further revealed, "Right now, I'm blessed with the right people, but there was a time where, oh my god, I was having troubles left and right.

Despite these experiences, the GMA-7 talent clarified that he didn't lose faith in people. Instead, he learned who to trust when it comes to handling his businesses.

"It's all part of the experience and you just have to keep grinding, keep pushing. If you lose faith in people then what's the purpose of living."

He added, "You just have to keep your head up high, learn from your mistakes. Sometimes it's not even a mistake e, it's just wrong timing.

"Sometimes, you're just unlucky, and you just have to continue to believe."

Today, Derek does most of his work through his phone because of his hectic schedule, and trusts his people to make decisions.

He explained, "I like to give empowerment to people, put them in the position to make decisions. If they make a mistake, learn from it. Thank God, I have the right people in place."

Currently, Derek is busy with a number of business ventures, "I'm actually negotiating a gym now in Alabang, that I might purchase. Sana it works out kasi it's near to my house. It has a lot of potential, too."

Derek also partnered with John Estrada and Priscilla Meirelles to put up Kyzox Philippines, which helps eradicate house bugs including mosquitoes that cause dengue.

He is quite proud of this business venture, which was established in partnership with Dr. Francois Martin, a French entomologist and researcher who developed the anti-mosquito technology.

Derek said, "I partnered with a French scientist—we're partners also with Pascual Laboratories—who has invented purely organic additive that you can mix with your paint. You paint your walls, five years wala kayong lamok, cockroach, spiders."

Derek invested in this product because of his personal experience.

Derek said fogging, one of the most common methods Filipinos use to kill mosquitoes, is not good for the environment or your health.

"The fogging, it has permits din and that can cause cancer. It's so bad. That doesn't penetrate the water where the larva is, so fogging kills the natural predators of the mosquito.

Derek hopes Filipinos would discover their products to protect themselves from the mosquitoes.

He said, "Pang-masa talaga siya, it's super cheap. We even have that thing na you connect to the fan, we have lotions.

"We have the additive that you can put on your laundry. You wash your clothes, 16 hours you're protected. Even if you keep your laundry in the cupboard for 20 days.

"We have floor cleaners, we have sprays. But it's all organic."

From January to June 2019, the Department of Health recorded a total of 106,630 cases of dengue in the Philippines. This is 85% higher compared to the 57,564 cases recorded from the same period last year.

"It's beginning to kick off and a lot of government agencies are interested in our product and we want to make it as cheap as possible so everybody can afford it.

"We just need to get it out there. You paint your house and your house is a mosquito killer."