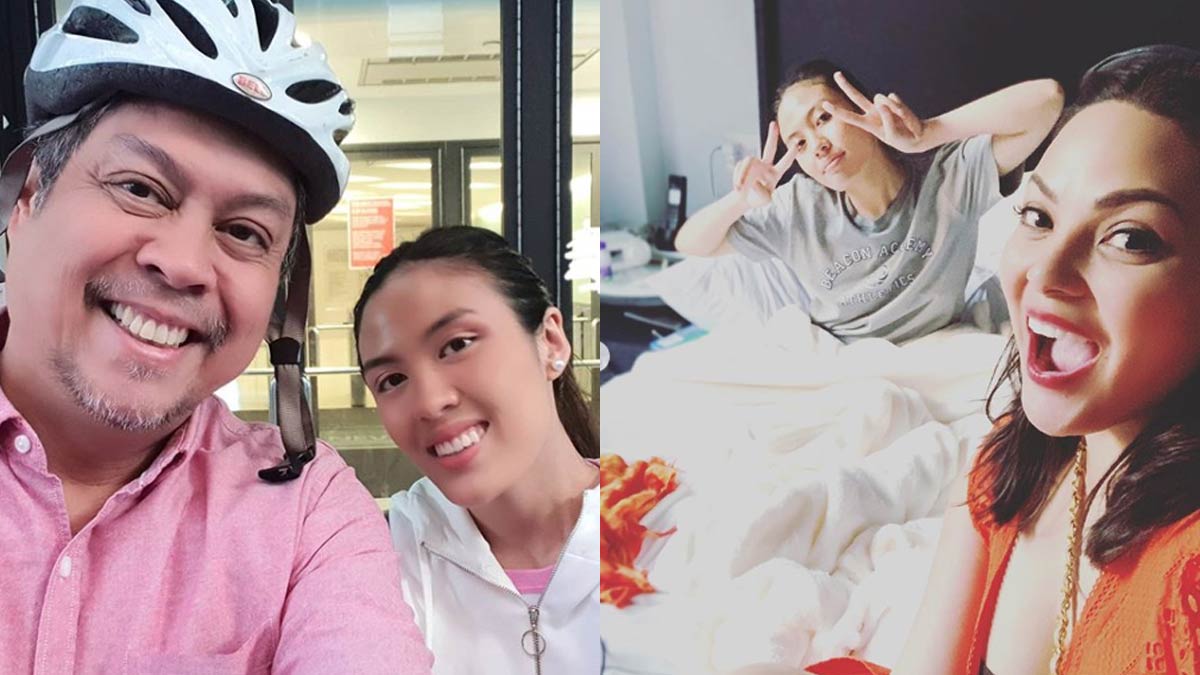 The eldest daughter of Senator Francis "Kiko" Pangilinan and Megastar Sharon Cuneta is studying in New York, where her first day in school is early this week.

Early this month, Frankie's entire family—Senator Kiko, Sharon, her sister Miel, and brother Miguel— flew with her to help her move into her college dormitory.

To bond with Frankie one more time before she starts school, they all toured the U.S. city together—including KC Concepcion, Sharon's daughter with former husband Gabby Concepcion.

On Frankie entering college, KC sent her half-sister a message of support.

The actress-turned-entrepreneur wrote: "My sister is off to college and I’m overflowing with excitement for her! (Plus, I've been silently pursuing professional studies in Gemology here while jetting back and forth for work/shoots/endorsements in the PH too!) That means, if we have PARIS, we will also always have NEW YORK!

"Thankful that we have opportunities to learn both in our home country and abroad- this is a new chapter for you Frankie and a fresh season for us as a fam!

"I love you and have sooo much faith and hope for you! I can't believe it's your turn to do this now!!! I hope you enjoy university as much as I did

"There will be ups, downs and figuring things out in between and that's all perfectly fine plus I'm right here if and when you need me as ur big sis Let’s take on NEW YOOOORK!!! You can do it!!!"

In Sharon's YouTube vlog posted August 15, the Megastar revealed that Frankie will be studying in a "progressive" school in New York.

On her course, Frankie said, "I'm 99.99 percent sure that I'm going to do writing and I'm probably gonna minor in Anthropology."

The young singer took up Anthropology in high school and this inspired her to write.

FRANKIE, WHY NEW YORK, WHY NOT HERE?

The young musician did consider studying in the Philippines and, in her mom's vlog, explained why she decided to study in the U.S.

She said, "A lot of people think it wasn't an option, but it was always an option. Of course, I considered it and everything.

"But I think, while studying in New York kind of exudes a kind of privilege, there's also a certain privilege that would have come with me studying here."

Frankie figured studying abroad is a good way to experience life on her own.

She added, "It's gonna be a whole different learning curve."

Sharon, who admitted that Frankie's move was "heavy on our hearts," agreed that this change would be helpful for her growth.

The actress-concert performer said, "We can't deprive her of this opportunity because, you know, I told them, 'You don't have to leave.' Pretty good schools here.

"Their dad's from UP [University of the Philippines]. You can just take your Master's somewhere if you want. Her dad says that, too.

"But if they want something and we know it’s gonna better them as individuals... We're proud of her."

How ready is Frankie for college?

The Megastar's daughter said, "I don't think that I'm supposed to be going into this ready. I feel like the more I think I'm ready, the more I'm probably not.

"At the end of the day, I am very excited. I'm also a little nervous, not gonna lie. Obviously, who wouldn't be? Because, you know, it’s such a big change... It's an undeniable privilege."