Barretto sisters at war and peace 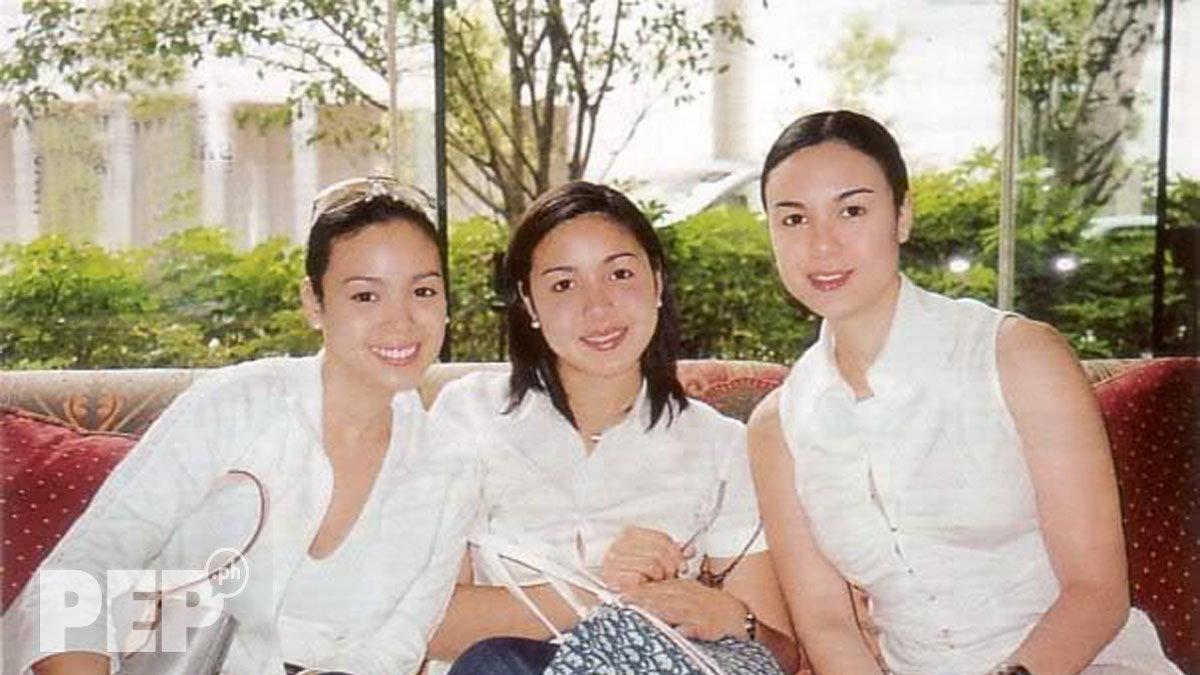 The famous Barretto sisters (L-R) Claudine, Marjorie, and Gretchen back in 2002, a year of peace.
PHOTO/S: YES! magazine archives

The Barretto family feud that netizens now dub as reality drama has been on and off for more 15 years—far longer than Mara Clara (1992-1997), the longest-running soap on television.

The bad blood among the Barretto sisters—Gretchen, Marjorie, and Claudine—has spanned two generations, and are now spilling over into the lives of their daughters and nieces.

With the ongoing tirades and the confrontations that happened at the wake of the patriarch, Miguel Barretto, it may seem futile to hope for an ending to it all anytime soon.

To begin with, their issues are deep-rooted.

However, although few and far between, there were occasions when one or two of the sisters appeared to have piped down

The most publicized was in 2002, when Gretchen and Marjorie stood by the side of Claudine, who was pummeled by bad press during the untimely demise of the actor Rico Yan.

Next was in August 2007, a month after Claudine gave birth to Santino, her son with estranged husband Raymart Santiago.

In the middle of Gretchen's interview with the now-defunct TV show The Buzz, she received a sudden text message from Marjorie.

It said something like: "Gretch, This is Marj. I'm just here and I know you're going through a lot. I love you."

They talked over the phone after that; they both cried, and said "I love you" to each other.

That was the year they were seen going out a lot together.

Gretchen related, "We have our dates. Nagde-date kami, nagla-lunch kami. We chat a lot.

"Marami na akong natutunan sa mga nangyari in the past, kaya kami nag-away and all that.

Gretchen was even emphatic when she said, "One is really in trouble, kahit masama ang loob mo sa tao, sa kapatid mo, it's automatic... it's love, it's blood."

She continued, "When she [Marjorie] calls me just to say she loves me, and I do the same, we don't talk for hours.

Back in April 2013, the feud was Claudine versus Gretchen and Marjorie.

At that time, Julia Barretto, daughter of Marjorie and comedian Dennis Padilla was set to star in Confradia, a remake of the 1953 and 1973 films top-billed by Gloria Romero and Gina Alajar, respectively.

Gretchen then told TV Patrol that Julia “will be greater than me."

She added, "Lahat ng ibinibigay ni Marjorie kay Julia. So, she will be guided with love. So, Julia will be greater than anyone of us.”

Fast forward to October 2019, the feud shifted to Marjorie versus Gretchen and Claudine, with Julia's name being dragged into the reported confrontation of her mom and aunt on October 17.

It still is ongoing, and it is uncertain when it's going to die down.

When will the round robin stop? Will reconciliation ever appear on the horizon?

Only time will tell.