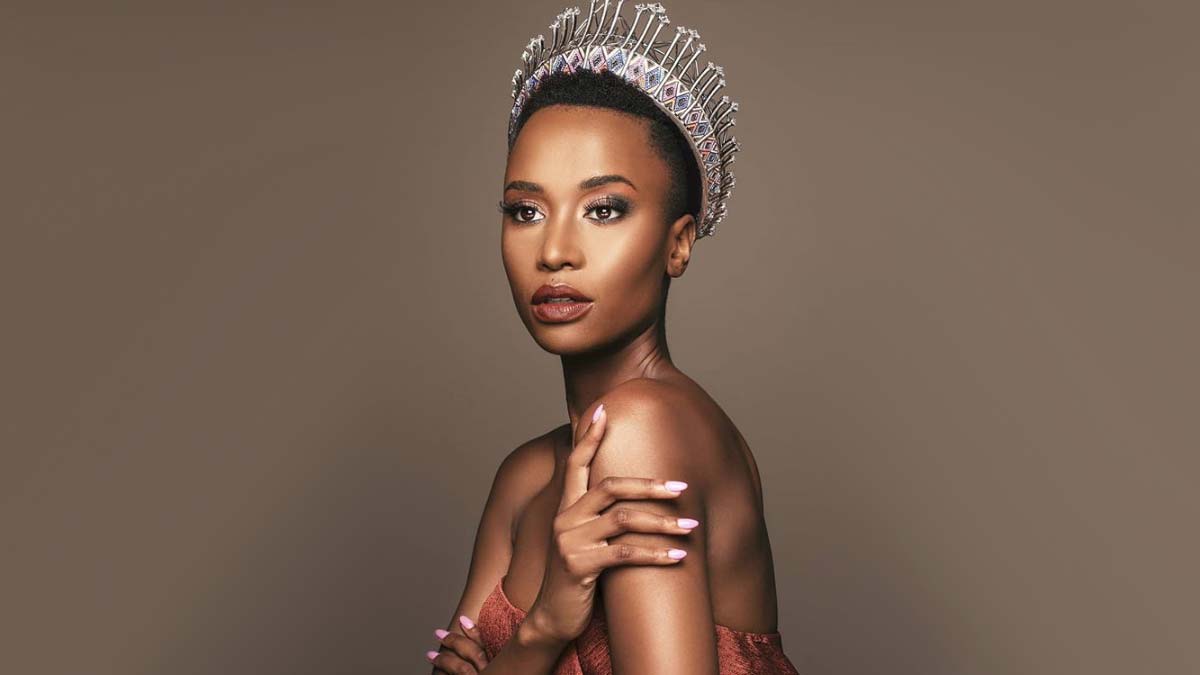 Miss Universe 2019 Zozibini Tunzi gives a powerful answer during the Miss South Africa 2019 Q&A in August. She says women in South Africa have "absolutely no reason to keep smiling" with all the abuse they face in their country.
PHOTO/S: @zozitunzi on Instagram

Following the coronation of South Africa's Zozibini Tunzi as Miss Universe 2019, a video of the Miss South Africa 2019 Q&A portion made rounds online.

In the video posted by Twitter user @gelicaroses, Zozibini was asked: "Through all the darkness that South African woman face — emotional, physical, sexual, economic abuse — what reason do we have to keep smiling?"

Zozibini responded, "We have absolutely no reason to keep smiling because South African women are dying every day, and mostly people are doing nothing about it.

"I think it's time that we stop asking women what to do and start asking perpetrators to do better, to be better.

"To start treating women the way that they deserve to be treated.

"It is not up to us. It is up to the perpetrators to start doing right. Thank you."

Her answer was met with applause and cheers from the audience.

Why the answer is powerful

Gender-based violence is one of the global issues that Miss Universe 2019 Zozibini feels strongly about.

A month after her coronation as Miss South Africa, her country declared gender-based violence as a national crisis.

A report by Voice of America cites a police report released September 2019, which said, "Nearly 3,000 women were murdered between April 2018 and March of this year. This translates to seven per day.

"The murder rate for South African men is also high, at 50 per day.

"However, many of the female victims are brutally assaulted and raped before being murdered. In many cases, their bodies are disposed of in the bush or in shallow graves, or burned beyond recognition."

The Guardian reports that, in response to this violence, women of South Africa took to the streets to protest "at the government's failure to deal with rising violence against women in the wake of a string of brutal attacks that have shocked the country."

Thousands of women marched to the parliament "wearing chains, a symbol of how the violence has repressed South African women."

The protest also extended to social media with hashtags such as #AmINext used to express their frustrations over the government's lack of response.

Zozibini's answer to her Q&A question showed she also has had enough with the rising violence against women.

On the third day of the protest, South African president Cyril Ramaphosa addressed protestors with a plan of action, which included "a proposal on making a register of offenders public."

GENDER-BASED VIOLENCE IN THE PHILIPPINES

Here in the Philippines, the Philippine Commission on Women says, "Violence Against Women (VAW) appears as one of the country's pervasive social problems."

As stated in Republic Act 9262 (RA 9262) or Anti-Violence Against Women and Their Children Act of 2004, VAW is "any act or a series of acts committed by any person against a woman who is his wife, former wife, or against a woman with whom the person has or had a sexual or dating relationship, or with whom he has a common child, or against her child whether legitimate or illegitimate, within or without the family abode, which result in or is likely to result in physical, sexual, psychological harm or suffering, or economic abuse including threats of such acts, battery, assault, coercion, harassment or arbitrary deprivation of liberty."

UNFPA Philippines, a United Nations sexual and reproductive health agency, pointed out the health consequences of gender-based violence: "Violence against women and girls undermines the health, dignity, security and autonomy of its victims, yet it remains shrouded in a culture of silence.

"The health consequences of violence are enormous and include permanent disability, unwanted pregnancies, lingering psychological trauma, sexually transmitted infections including HIV, and even death.

"Yet in the Philippines, 1 in 20 women and girls age 15-49 have experienced sexual violence in their lifetime, according to the 2017 National Demographic and Health Survey."

As a way to address and eliminate VAW, the Philippine Commission on Women noted there is "significant progress."

One of the major accomplishments was the passage of RA 9262, which "penalizes all forms of abuse and violence within the family and intimate relationships" and "classifies violence against women and children (VAWC) as a public crime."

The Act also led to the creation of the Inter-Agency Council on Violence Against Women and Their Children (IACVAWC), which has 12 agencies tasked "to formulate programs and projects to eliminate VAW based on their respective mandates, develop capability programs for their employees to become more sensitive to the needs of their clients, and to monitor all VAW initiatives."