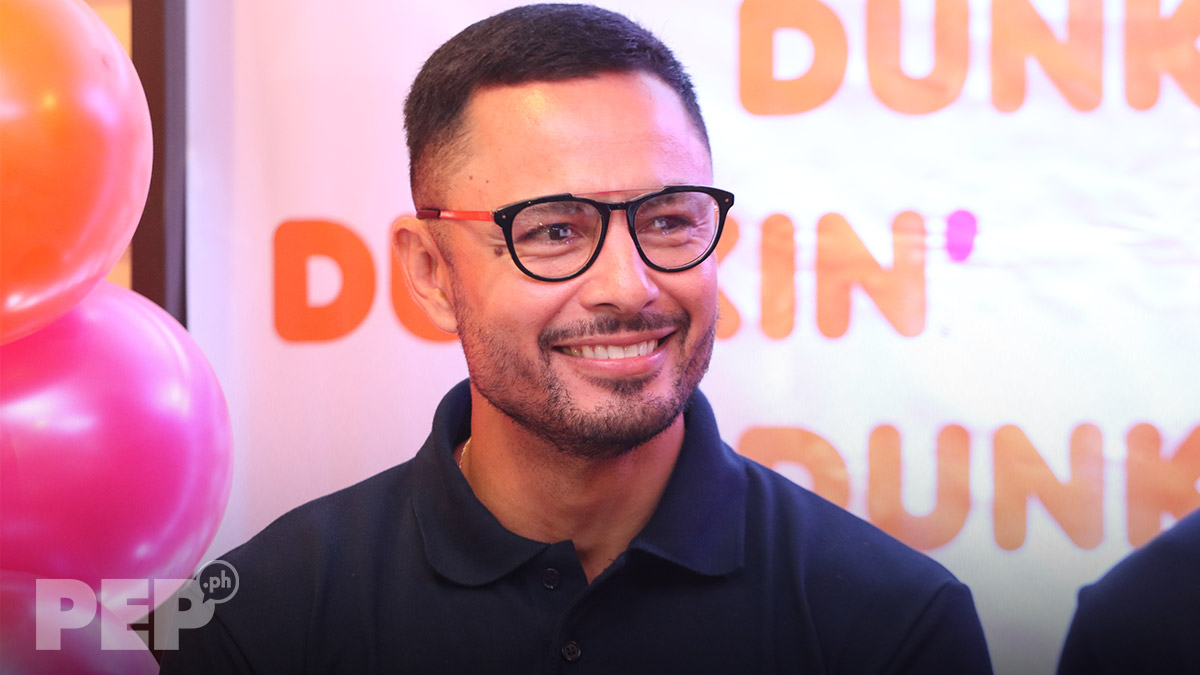 GMA-7 actor Derek Ramsay will launch his own vlog channel on YouTube with girlfriend Andrea Torres by the end of January or the first week of February.
PHOTO/S: Noel Orsal

Fans of GMA-7 couple Derek Ramsay and Andrea Torres may look forward to seeing more of their sweet moments together now that they're about to launch their own vlog channel on YouTube.

The Better Woman lead actor initially planned on doing it by himself, but he asked Andrea to join him on this personal project.

He explained, "We've decided na kami ni Andrea, we're gonna do it together because of the fans that are just so supportive.

"We decided to put our vlogs together that's why we moved it to 2020 kasi it was supposed to be just me.

"And then, the support of the fans... They're asking... they want to see us together.

"E, lagi naman kami magkasama during tapings and family gatherings so we decided na to put it together."

The Kapuso actor first revealed about his joint vlog with Andrea in an interview with PEP.ph (Philippine Entertainment Portal) and other members of the press at the opening of the newly renovated Dunkin' store in Aurora Boulevard, Quezon City on January 9, Thursday.

They plan to launch what seems to be their own reality show on YouTube channel by the end of January or the first week of February.

"We've got so much material from 2019, so we decided to start the year with something exciting.

"And we're going to launch probably by the end of the month or by first week of February.

"We're gonna do a recap of what happened during 2019 as our first episode."

Currently, Derek is busy planning the release of his vlogs with his team of videographers and video editors.

He wants to showcase their real personalities, something the fans don't usually see on TV.

He said, "Last night, we were actually sitting down brainstorming with a group of editors to fix some of the materials.

"We want to keep it as real as possible so even my guy here, JP, he's living in my house, so talagang pagbangon pa lang may camera na.

"It's as real as you get. Like Piolo [Pascual], it's not scripted. We don't plan out what it is. [JP] basically just follows me."

Derek has also tapped a close friend to become his videographer and film his life outside film and TV.

He said it took him a while to get used to a camera following him 24/7, but having a friend behind it made it easier for him to adjust.

The Kapuso actor explained, "I got a friend to be my video guy, my camera guy... Sometimes, when the camera is there, we kind of stiffen up a bit.

"I still need to get used to the camera but with my buddy just there, I can just mess around and play around like I'm hanging out with my friends."

Derek and Andrea first confirmed they are officially together in an interview with PEP.ph and other members of the press on September 25, 2019, during a set visit of their prime-time series The Better Woman.