What if you see these hot cops at checkpoints? 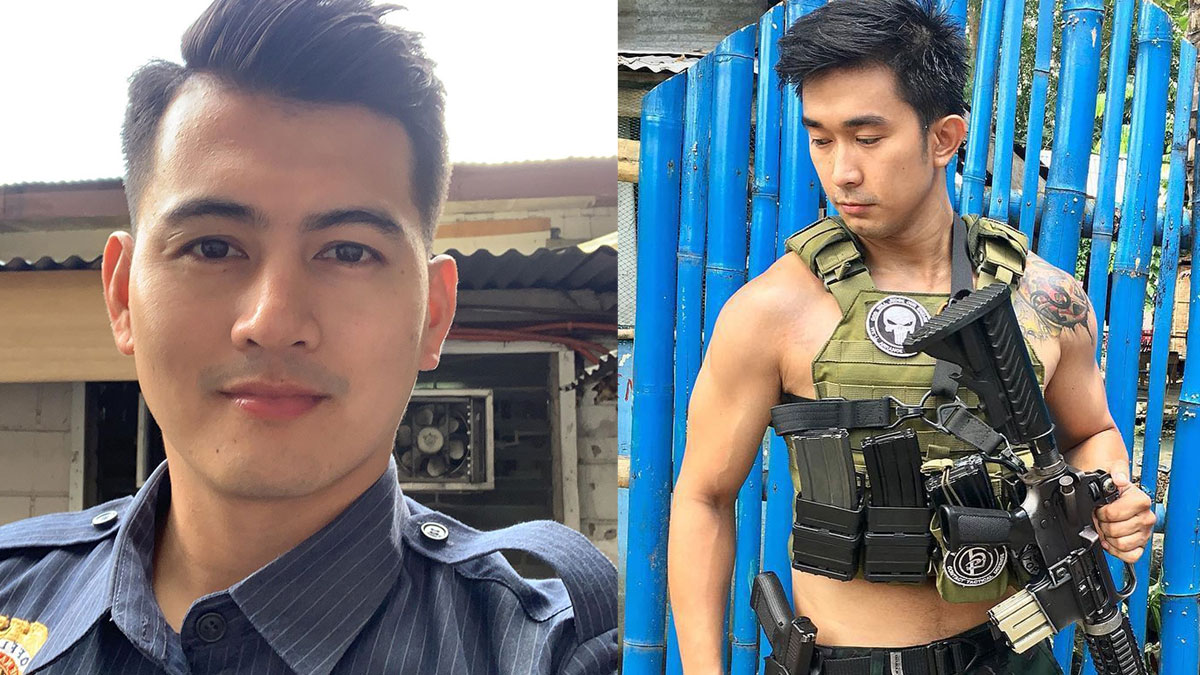 What are you gonna do when you're stopped by good-looking cops like PO3 Lucky Galang (left) and Senior Police Inspector Cris Taghap (right) at checkpoints?
PHOTO/S: @lucky.galang12 on Instagram / Cris Taghap on Facebook

Move over Captain Ri! These ruggedly good-looking Filipino policemen are here to take your spot!

The swarm of fans buzzing about the handsome character in the hugely popular Korean teledrama, Crash Landing On You, are now feasting their eyes on the photos of our men in uniform on the Facebook page called "Pulis Bata Moko."

At press time, the Facebook page has garnered over 3,300 reactions and more than 8,700 shares.

The checkpoints are put in place to control the movement of people outside of their homes, one of the ways being implemented globally to flatten the coronavirus disease 2019 (COVID-19) outbreak.

PEP.ph (Philippine Entertainment Portal) has done some research and we learned social media have already discovered the three hottest cops in the photo gallery of "Pulis Bata Moko."

And here they are:

Don McGyver Cochico, 31, is assigned in the Polygraph Division of the Philippine National Police Crime Laboratory at Camp Crame in Quezon City.

He had his share of fame when he won top prize in the male pageant Misters of Filipinas in 2015. This led to the Manhunt International 2015 pageant in Manila, where he represented the Philippines and landed in the top 16.

Don has since pursued print and ramp modelling on the side while serving as a member of the police force. He is happily married to Charmaigne Rabano.

In 2018, PO1 Lucky Galang was dubbed as "Police Bae ng Tondo" after his photos went viral on Facebook, which led to a feature about him on GMA-7's magazine show Kapuso Mo, Jessica Soho.

Before becoming a police officer, he worked at a foreign exchange company in Dubai. In 2004, he tried his luck in showbiz and joined the second season of StarStruck, the Kapuso network's artista search.

Long remembered as the first Filipino cop to win an international pageant, Neil does some modeling and acting stints as he remains in service as a member of PNP.

Taking note of his chinito features, netizens see Cris as the Filipino version of South Korea actor Song Seung-heon, who played the role of Johnny in the hit drama series Autumn In My Heart.

In his free time, Cris tickles the funny bones of the 50,000 followers watching his Tiktok videos.

With his charming smile, Jawad Kiramis is the "gwapulis" at the Philippine National Police Finance Service Office.

He grew up in Marawi City, Lanao Del Sur, and is now based in Tamparan, a town in the same province.

Like Cris, Jawad also uploads videos on his Tiktok account during his free time. His handle name @jk.umbar1723 currently has more than 606,000 followers on Tiktok.