Celebrities who are proud Cebuano 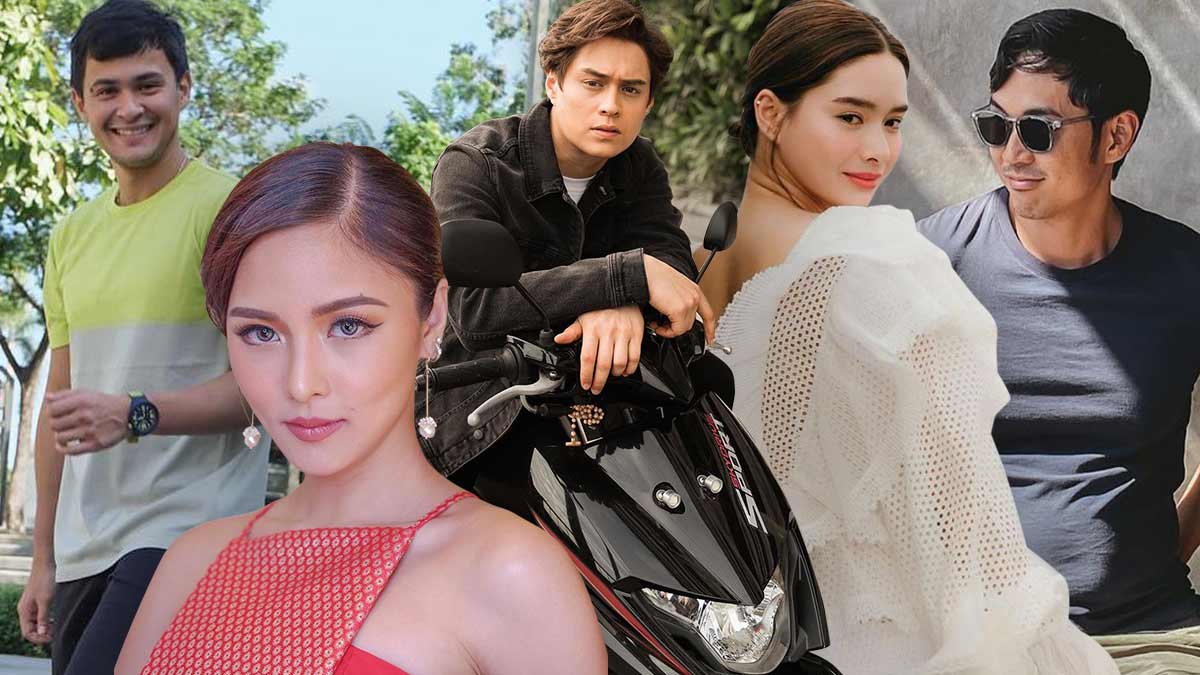 Cebu, known as the Queen City of the South, is famous for its Sinulog festival, rich history, and world-class tourist destinations.

It is also the home province of some of the country's popular personalities in the entertainment industry.

PEP.ph (Philippine Entertainment Portal) rounds them up and here they are:

Ellen Adarna was born in Cebu on April 2, 1988. Her parents, the late Allan Modesto Adarna, and her mother, Meriam Go, started the family construction business that has prospered through the years. They also ventured successfully in hotel, resort, and condominium development. Ellen's family also owns the Queensland chain of motels not just in Cebu but also in Manila, and Davao.

Erich Gonzales was born in Cebu City on September 20, 1990, but she grew up in Davao City, Davao del Sur.

Erich started her showbiz career at the age of 14 through the second season of the reality talent search Star Circle Quest (2005), where she emerged as the "Grand Questor." After winning the talent search, she signed with Star Magic, the talent management arm of ABS-CBN.

Kim Chiu was born in Tacloban City in Leyte on April 19, 1991, but she spent most of her childhood in Cebu City. Kim is also a product of a Kapamilya reality show. She was hailed the "Big Winner" of the first teen edition of Pinoy Big Brother in 2006.

Matteo Guidicello was born on March 26, 1990, in Cebu City. He is the eldest of the three children of Gianluca and Glenna Guidicelli.

Matteo's mom belongs to the Fernan clan, one of the most prominent families in Cebu. His maternal grandfather is the late Cebu Provincial Prosecutor Vicente “Inting” Fernan, a cousin of former Senator and Chief Justice Marcelo Fernan.

Matteo's father is in the manufacturing business. Their family owns the restaurant Da Gianni in Cebu, which has a branch in Manila.

Richard rose to fame after starring as Papa Chen in the television series My Binondo Girl (2011) and as Sir Chief in the daytime light drama Be Careful with My Heart (2012). He is happily married to Melody Yap. They have two children: Ashley and Dylan.

Bailey May was born on August 6, 2002, in Cebu City to a Cebuana mom, Vanessa Cabello, and a British dad, Matthew May.

Bailey, however, grew up in England. His family moved to Norwich when he was just four years old and they stayed there until he was 12 years old.

Bailey rose to fame after joining Pinoy Big Brother: 737 in 2015. He eventually won as third runner-up. In 2017, he became a member of a global pop music group called Now United, which is created by American Idols creator Simon Fuller and XIX Entertainment.

Enrique Gil was born on March 30, 1992, in Cebu City. He is the second of the three children of Enrique Amadeo Gil III and Barbara Anne Bacay.

The family had long ago relocated to Manila, where Enrique and his siblings—Enrique Javier and Diandra Frances Gil—grew up.

Enrique is also a relative of the actors Paul Salas and Dingdong Dantes.

Now dubbed as "Asia's Phoenix," Morissette started her career at the age of 14 when she finished as a runner-up in TV5's defunct reality-talent competition called Star Factor.

In 2013, Mirossette gained more popularity after joining Sarah Geronimo's team in the first season of ABS-CBN's The Voice of the Philippines.

Model-actor Slater Young was born in December 19, 1987, in Cebu City. His family owns a steel building manufacturing company called Hi-Speed Construction and Development in Mandaue. Prior to joining showbiz, he also worked as a civil engineer for top companies such as BigFoot, Nestlé, and S&R.

In 2015, Slater founded his own company called LiteCrete Philippines, which produces eco-friendly bricks.

He and his wife Kryz Uy have just welcomed their newborn son Scott Knoa.

Paul Jake Castillo was born on December 22, 1984, in Baltimore, Maryland in the United States, but he grew up in Cebu City.

Paul Jake started his showbiz career in 2009 as a runner-up in the reality show Pinoy Big Brother: Double Up. He was also in the cast of Be Careful with My Heart.

Paul Jake and his wife, Kaye Abad, are now based in Cebu. They got married in December 9, 2016. They now have a three-year-old son named Pio Joaquin.

She began singing in 1984, and was launched as a child actress in 1986 via the film Nakagapos na Puso with her idol Sharon Cuneta.

Also in 1986, she won the grand prize and the Best Interpreter Award at the sixth Cebu Pop Music Festival.

Her sister Shaina Magdayao was born in Quezon City.

The wife of Edie Gutierrez is a proud Cebuana, and is related to the political clan, Rama.

In fact, in 2013, she ran for congresswoman of the city's first district.

When she transferred her voter’s registration from Quezon City to Barangay Zapatera in Cebu City the previous year, she said in Bisaya, “Dako og matabang ang akong pagka-celebrity kon molansar ko." It means that being famous has it advantage when launching programs and projects.

And though she lived in the U.S., and has stayed in Manila for many decades, she never dropped her distinct accent and favorite expression, "Day."

Pilita was born in Lahug, and studied at Colegio de la Inmaculada Concepción.

She was given the Asia's Queen of Songs title after winning the grand prize at the first Tokyo Music Festival in 1972.

The mestiza beauty then said, "It's a very nice title, but I prefer it to be simple, like, 'Pilita Corrales, ang Bisaya gikan sa Cebu,'" which means, "ang Bisaya galing sa Cebu."