10 "demigods" competing at the Tokyo 2020 Olympics 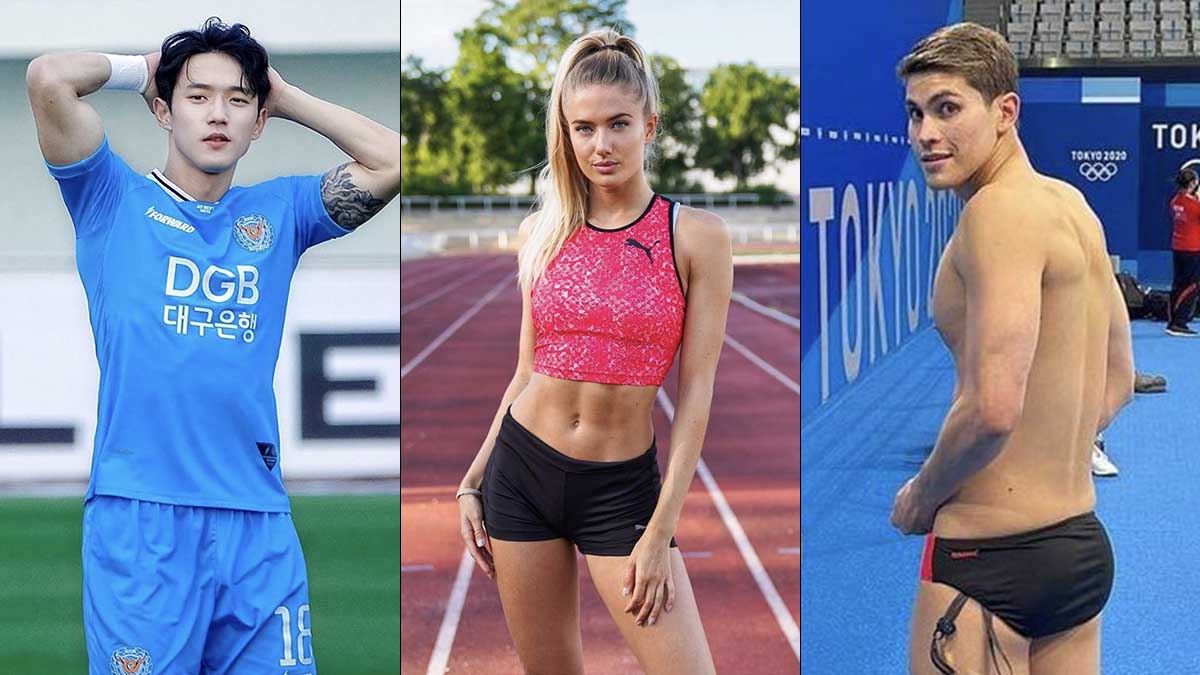 Hidilyn Diaz's historic win for the Philippines in the women's weightlifting category made more Filipinos show interest in the Olympic Games.

But aside from watching the Olympians' sporting prowess and athletic talent, their beautiful faces and ripped physique—all thanks to years of training and hard work—have caught the eye of Filipino sports fans.

He qualified for the Tokyo 2020 Olympics via universality places with a total of 828 FINA (Federation Internationale De Natation) points, as of the June 20, 2021 cut-off.

In 2019, he participated in the 18th FINA World Championships, where he set the national record in the men’s 100-meter freestyle with a time of 49.94 seconds and made the Olympic Standard Time of the event, which stands at 50.03 seconds.

In a previous interview with One Sports+, Luke shared how he trained for the upcoming competitions.

"I swim about seven times a week, six to seven, moving to eight next month. Three to four gym sessions a week, about two hours each. And then, I do spin bike sessions. And then, two yoga sessions and that's basically it." 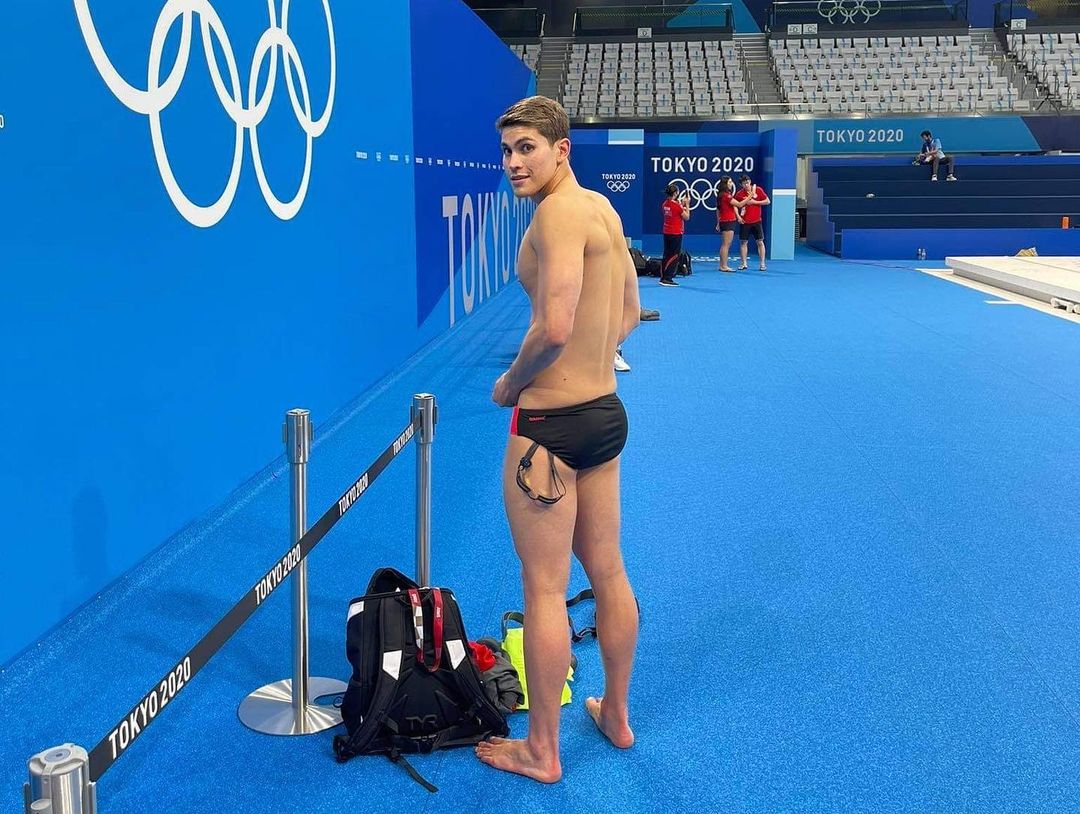 Filipino netizens fell head-over-heels in love with gymnast Arthur Nory Mariano after the 27-year-old Brazilian-Japanese athlete won the bronze medal in the floor exercise at the 2016 Summer Olympics in Rio de Janeiro, Brazil.

In 2019, he came to the Philippines for a runway show after being named the face of Bench/ Body along with American swimmer Connor Dwyer.

This year, Arthur participated in several gymnastics events. However, he ended his campaign early after failing to make the finals cut for each event. 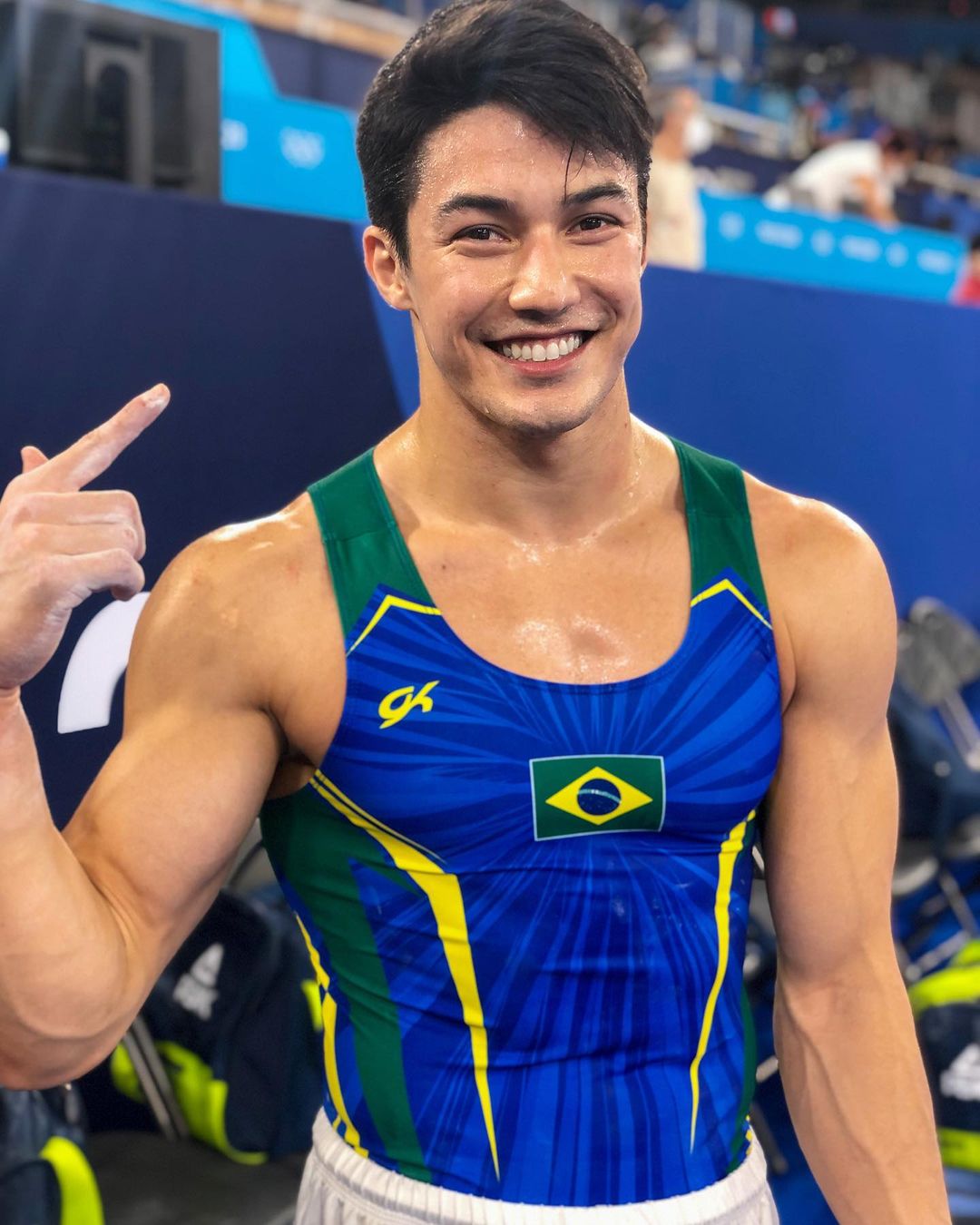 Pita Taufatofua of Team Tonga made waves after appearing shirtless and oiled up wearing his country's national dress during the Parade of Nations of the Tokyo 2020 Olympic Games opening ceremony. It was held at Olympic Stadium on July 23, 2021 in Tokyo, Japan.

The 37-year-old athlete is currently competing for a medal in the Taekwondo competition. 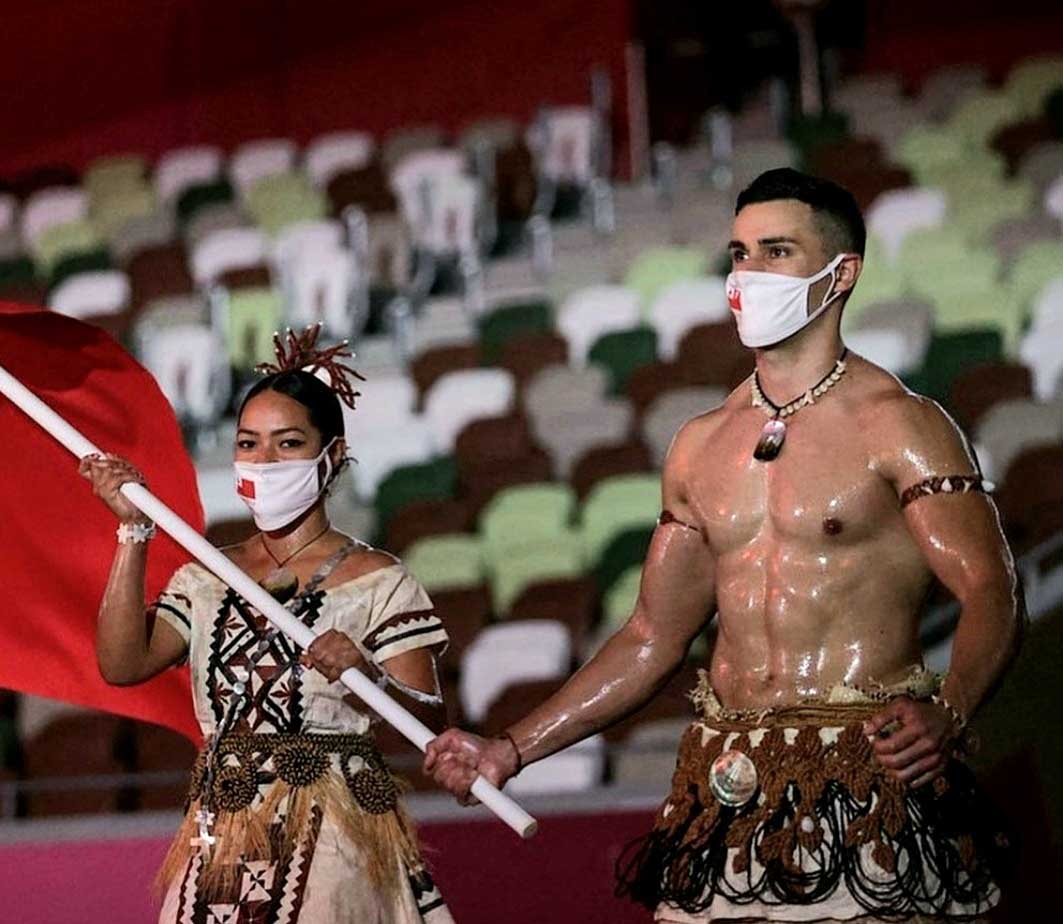 Before this, Tom has won two bronze medals: one from the 2016 Olympics in Rio de Janeiro, Brazil, and another one during the 2012 Olympics in London. 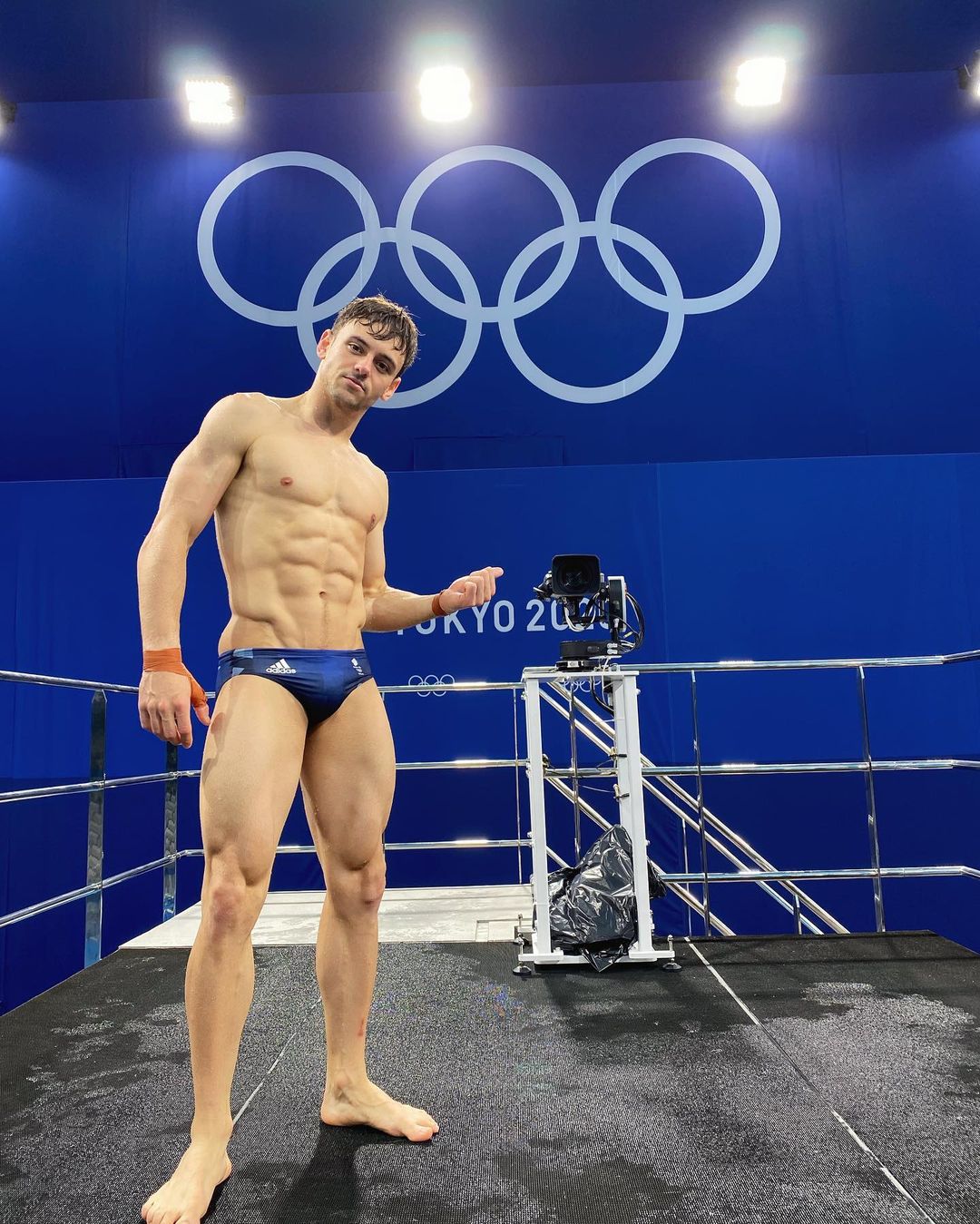 In an interview after winning at the Tokyo 2020 Olympics, Matty said he has always been a big fan of Tom and that he has inspired him to continue doing his best as a diver. The two officially became diving partners in 2018 and have won several other competitions since then.

Matty won a gold medal in his first-ever Olympics competition. 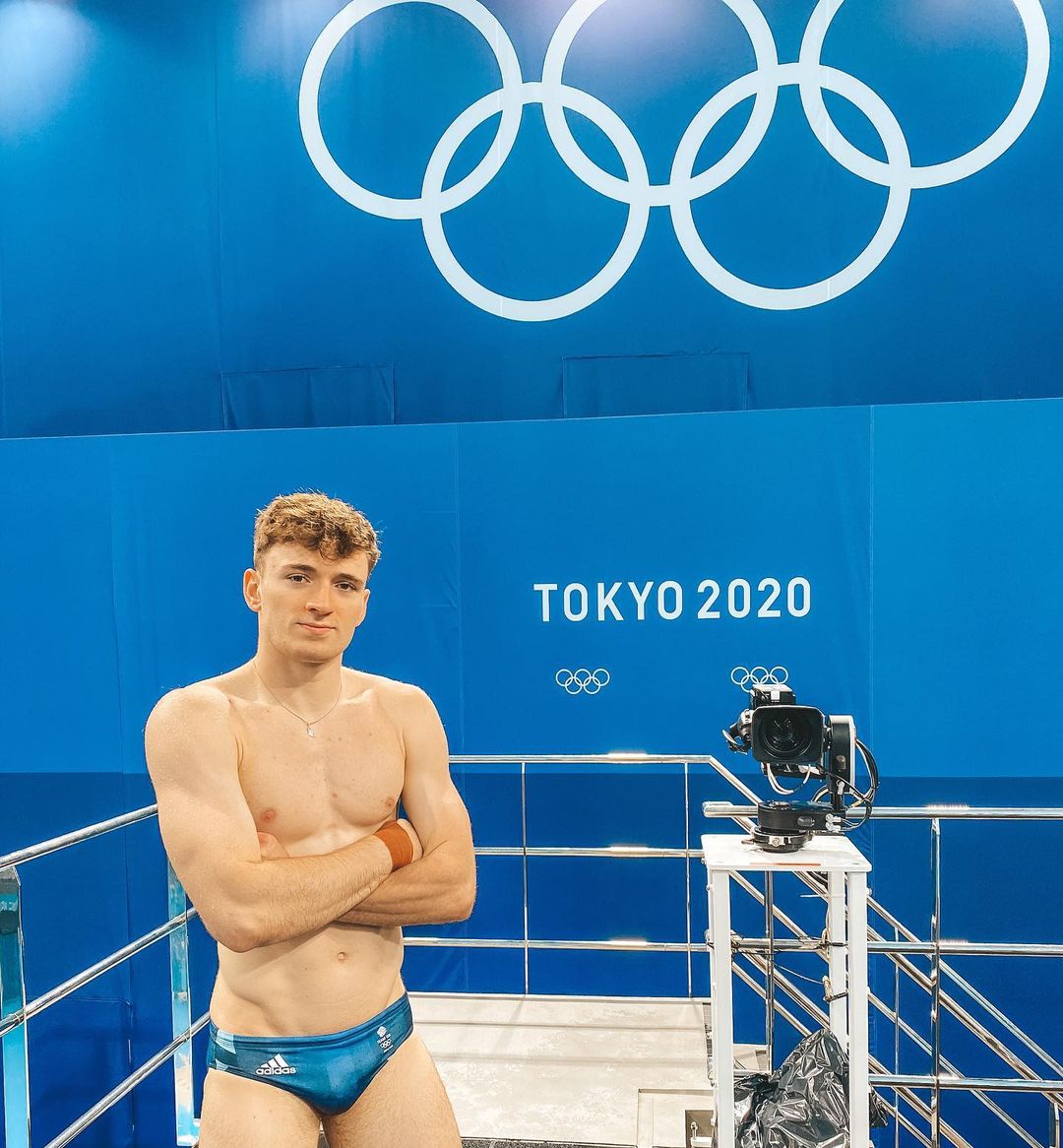 South Korean athlete Jeong Seungwon could pass off as an idol group member and even a K-drama actor with his "flower boy" looks.

The 24-year-old football player has been the midfielder of Daegu FC [Republic of Korea] since 2016.

He began playing football at the age of five, in 2002, after watching Korean footballer Park Ji-Sung score against Portugal at the 2002 World Cup. 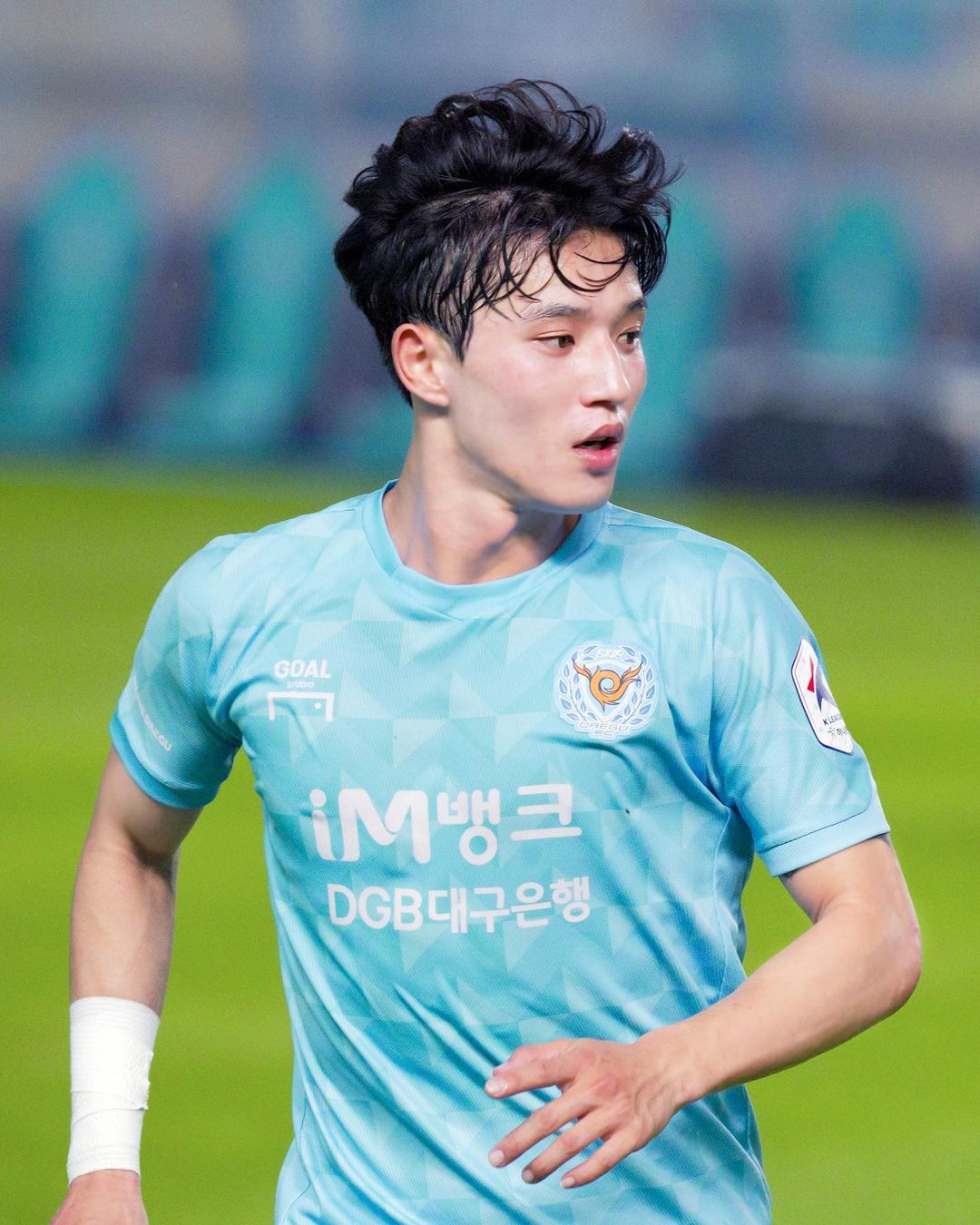 Standing at 6 feet and 5 1⁄2 inches tall, statuesque athlete Zehra Gunes from Turkey could easily pass off as a supermodel or even a beauty queen. 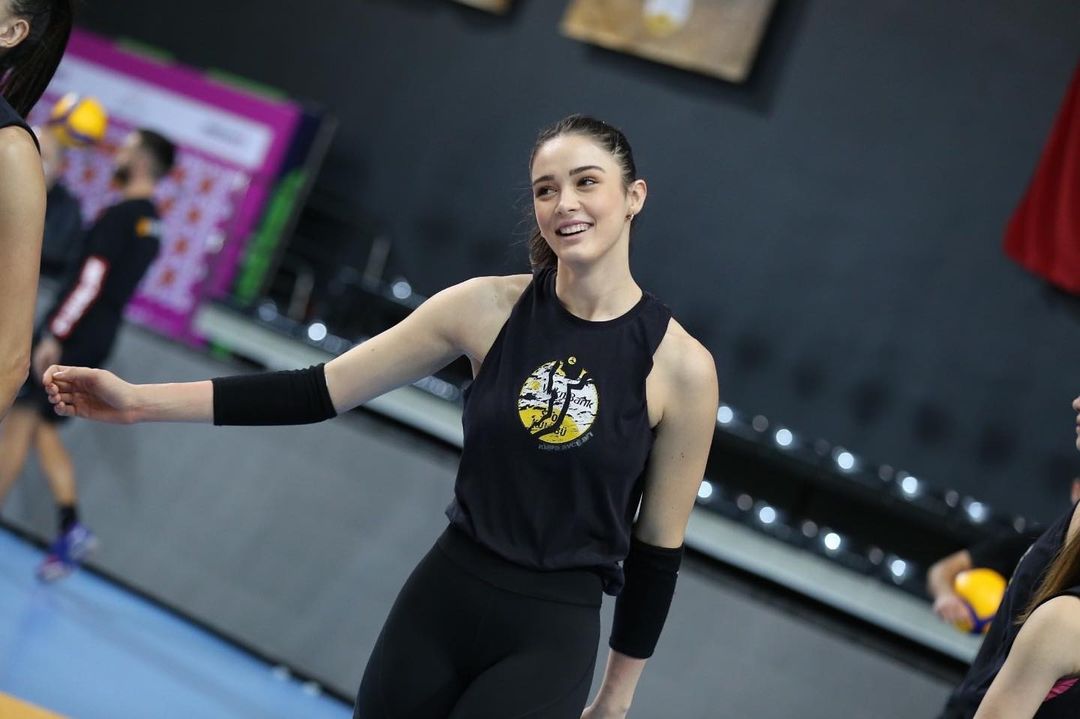 German track star Alica Schmidt has been touted as the "World's Sexiest Athlete" by her fans and websites around the world. Alica will be participating in the 4×400 meters relay at the Tokyo 2020 Olympics.

The blonde, blue-eyed bombshell has been running competitively for years. She took home a silver medal in the 2017 European Athletics Under-20 Championship in the 4×400 relay. Two years later, in 2019, she won a bronze medal at the U-23 Europeans. 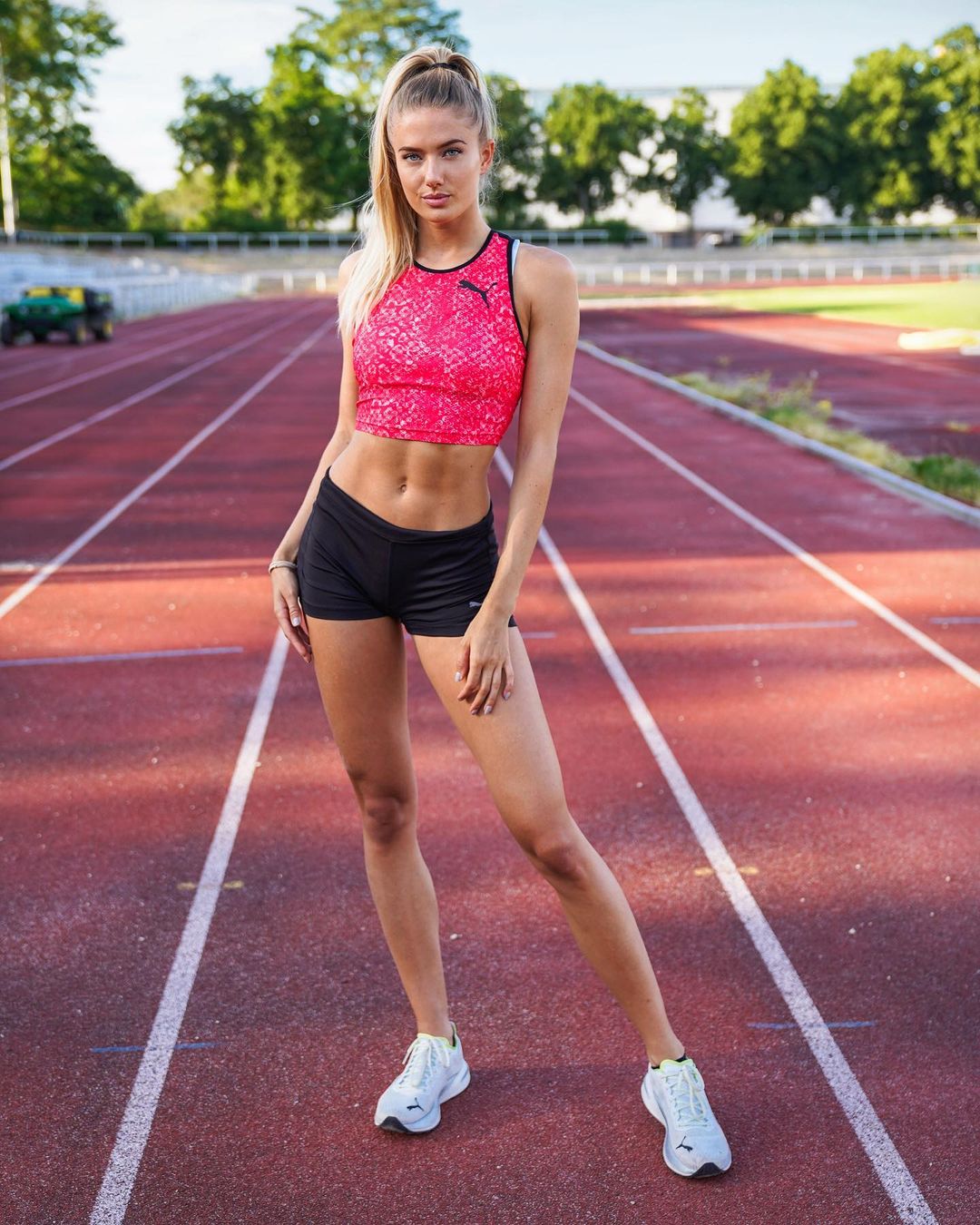 The 32-year-old athlete currently plays as the Striker of Orlando Pride and the U.S. national women's football team. She has been playing football professionally since 2010.

Tokyo 2020 is her third time at the Olympics. During the 2012 London Olympics, she helped score a gold medal for Team U.S.A.

Alex also played a big part in winning the United States' titles at the 2015 and 2019 FIFA Women's World Cups.

Alex was one of the cover girls of Sports Illustrated Swimsuit Edition in 2019. She has been married to fellow soccer player Servando Carrasco since 2015 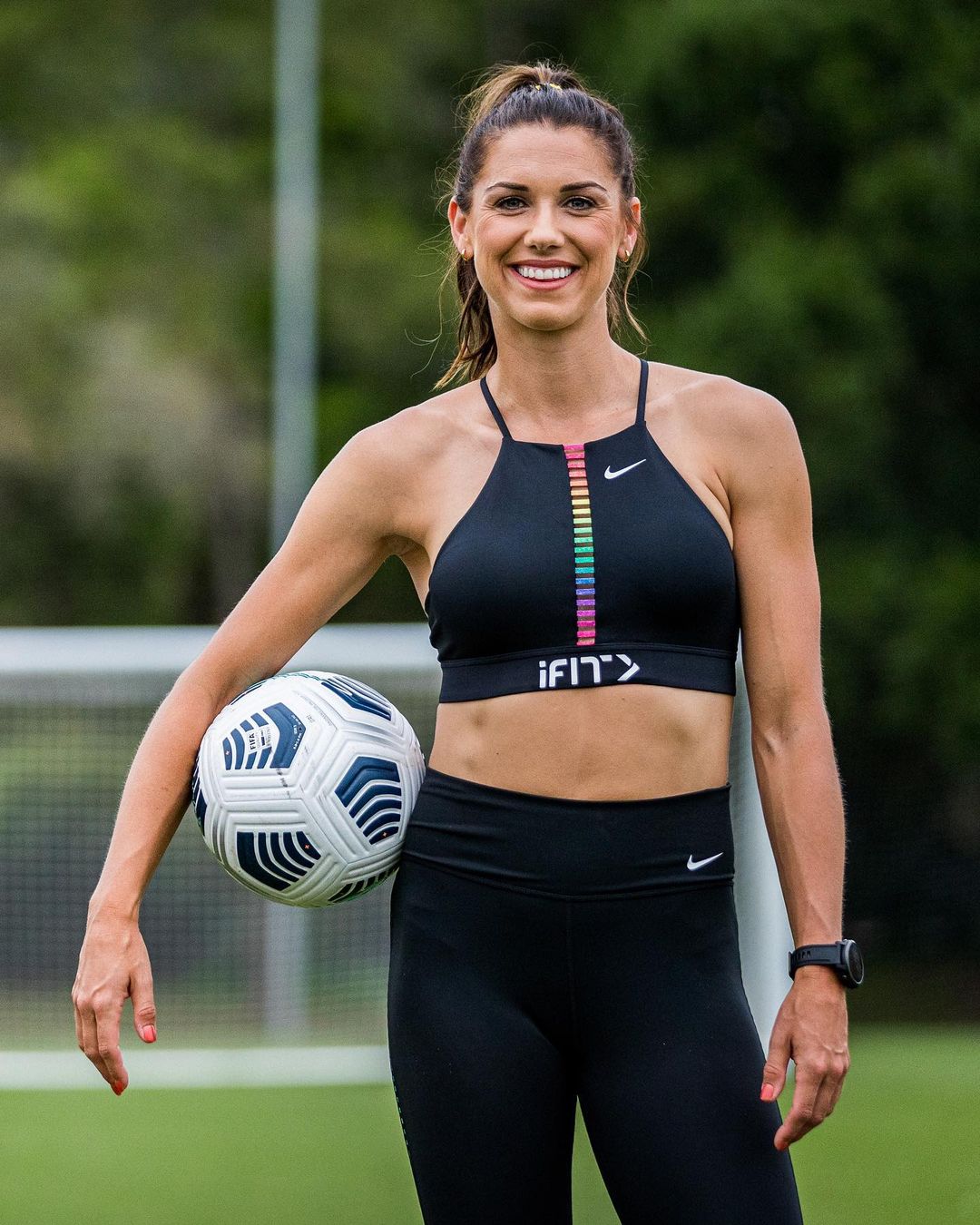 Russian athlete Darya Klishina has been named the "Most Beautiful Long Jumper" by several fans. This year, the 30-year-old athlete hopes to have a podium finish on her second try at the Olympics, following her 9th placement during the 2016 Rio Olympics.

Darya started to get involved in sports at the age of eight. She initially played volleyball until her father, a high jumper in his youth, encouraged her to try athletics. 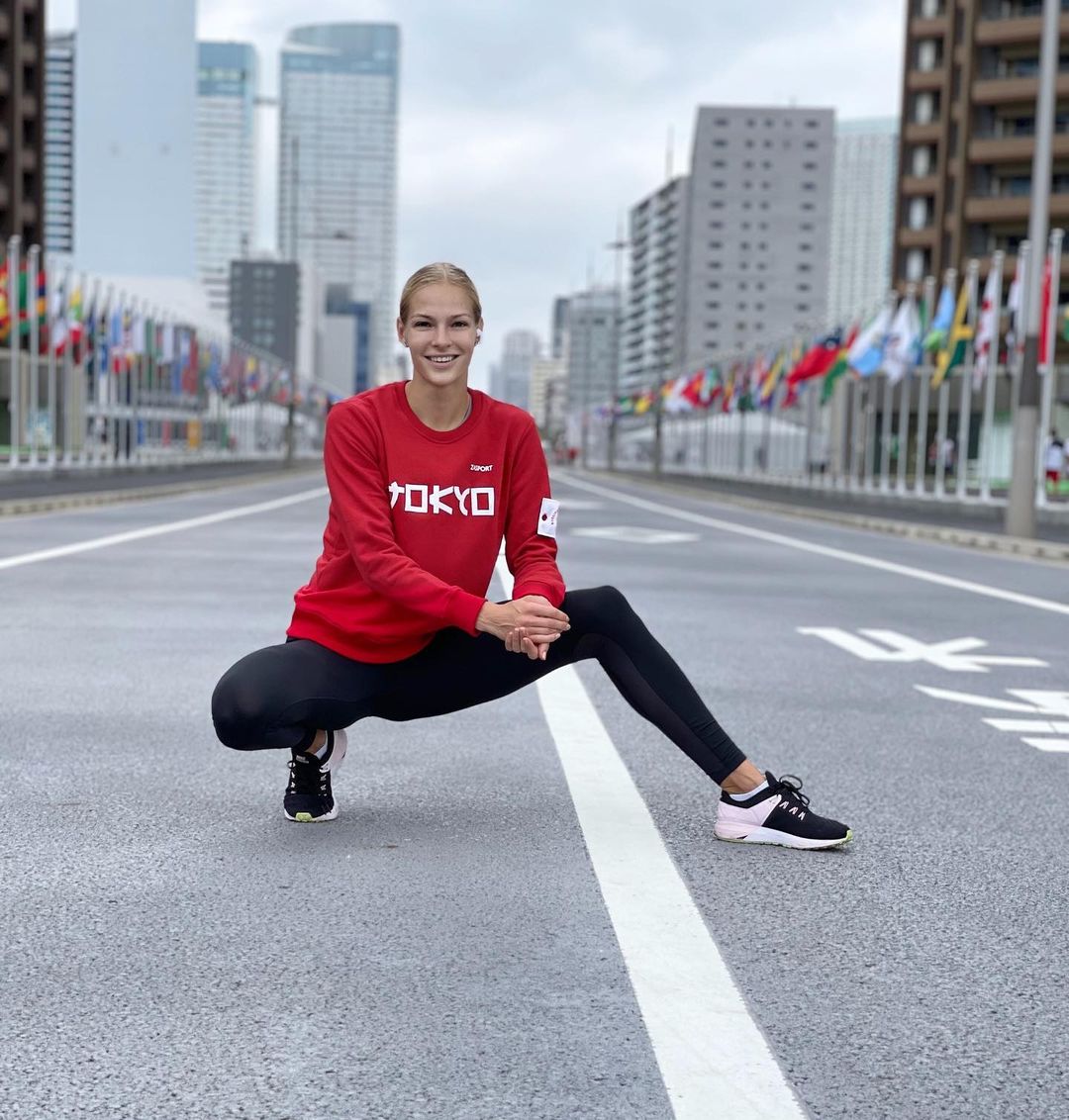