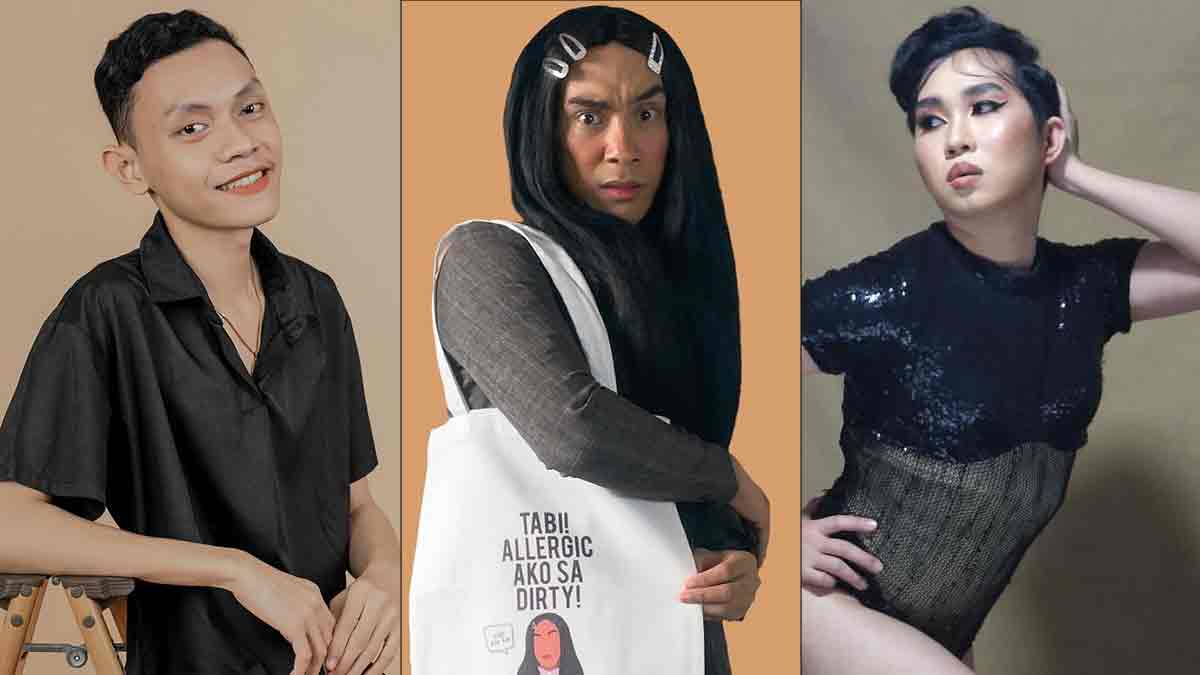 (L-R) Esnyr Ranollo, Christian Antolin, and Felix Petate a.k.a. Sassa Gurl have racked up millions of views for their funny skits and short-form videos on TikTok.
PHOTO/S: @esnyrrr / @chrisantol / @itssassagurl on Instagram

TikTok, the crazily popular video-sharing platform, has been racking up millions of views for its content creators since it was launched in 2017.

Tens of millions of Filipinos have since joined the platform, some of whom have become social-media sensations.

Aside from music and dancing videos, TikTok is known for its humorous content, some of which are the brainchild of the funniest and talented Filipino influencers.

So, if you miss your student days in the noughties, the decade from 2000 to 2009, these Tiktokers will bring the *face-to-face* experience to you.

With 9.8 million followers, Spencer is known for his comedy, trend, and lip-syncing videos. This TikTok sensation likes to harp on nostalgia, centering his content on your hyper-specific childhood memories.

? FINALLY a minute long version of this - ??Coisedmeme??

Marvin is known as the "CEO of Luh and Bhie" on TikTok. With 8 million followers, he racks up views with his video skits about student life that are both relatable and hilarious. The 26-year-old TikTok star is also a licensed pharmacist!

Famously known as Sassa Gurl, Felix tells the narrative of childhood memories and "jeje" school stories before and under the pandemic, which their 3.5 million dedicated followers seem to love. They are also known for being the hotdog meme.

With his very relevant skits showing typical Pinoy school life, Esnyr has established himself as one of TikTok's breakout stars. His skits resonated with millions of Filipino followers, 2.9 million to be exact.

Whether it's reporting for a school presentation or lining up for a flag ceremony or having a school fight or waiting for the school guard to let you out, his viral videos brought back happy memories of the good old school days.

With 1.9 million followers, Christian is known for his comedy skits and his impersonation of Marga from the hit ABS-CBN drama series Kadenang Ginto.

He also portrays the character of "Nammoka," which was inspired by Nanno from the Thai series on Netflix titled Girl From Nowhere.

Christian has mastered using the app's green-screen effect and even inserts the character he portrays in various Korean dramas, Netflix, and Hollywood films.

Christian Laurenz Andrade, aka Ychan Laurenz, is a 23-year-old civil engineering graduate from the Technological University of the Philippines.

In his interview on PEP Live Extra! last Wednesday, October 13, 2021, Ychan said the boredom brought by the COVID-9 pandemic motivated him to create funny school-related video skits, which are mostly based on personal experiences.

He currently has 1.8 million followers on TikTok.

Charlize Ruth's TikTok content consists of reenactments of various Pinoy experiences, mostly centered around the life of a young adult. She has videos ranging from acting like the terror teacher to a mom with her amigas.

Charlize currently has over 864,200 followers.

Ion is most known for creating POV skits that looked like scenes from a Wattpad story.

A known member of the LGBTQ+ community, Ion prefers the use of "ae" and "aer" neopronouns, which are gender-neutral pronouns according to the LGBTQ+ online resource of North Dakota State University.

This growing TikTok star has over 70,700 followers and 2.1 million likes.

Julie Ann sings and dances like most Tiktok content creators, but she is most known for her school scenario skit.

In one of her viral videos on TikTok, she portrayed a student who is trying to avoid her high school bestie. The video has garnered over 1.7 million views.

She currently has over 22,600 followers.