Janella Salvador gets herself a pet snake named Versace 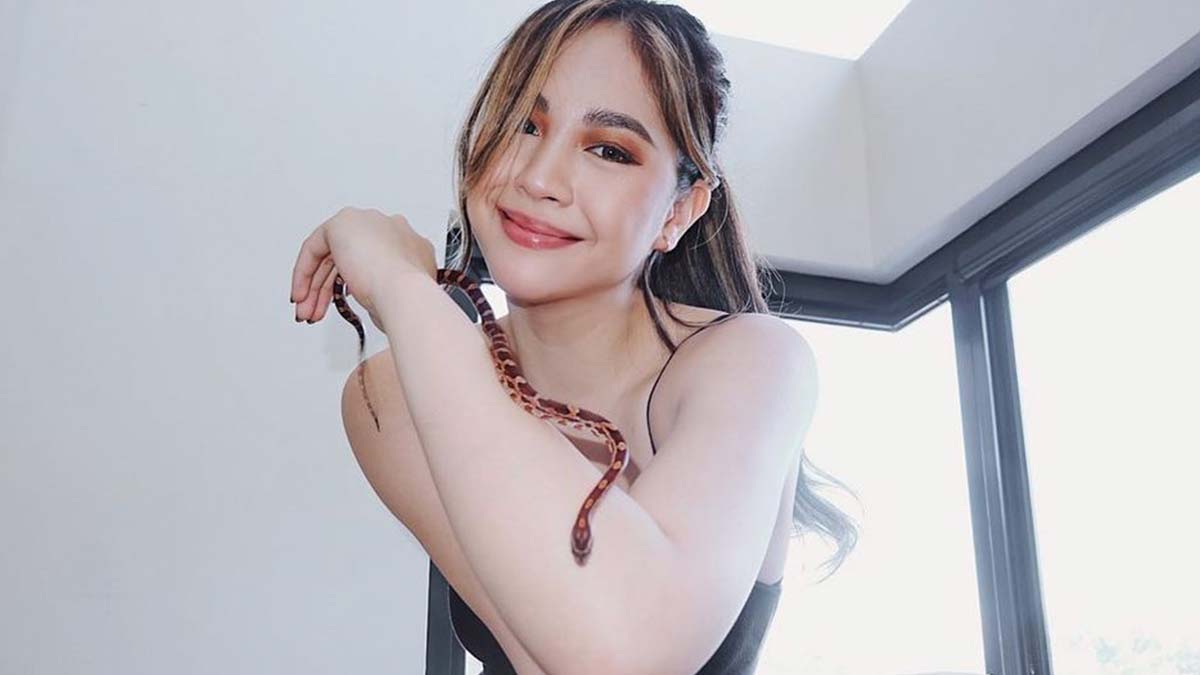 Janella Salvador is fully committed to her new role as Valentina.

The 23-year-old Kapamilya actress got herself a pet snake to prepare for her role in the ABS-CBN prime-time drama remake of Mars Ravelo's Darna.

Janella is set to play Regina Vanguardia and her alter-ego Valentina, also known as the "goddess of snakes" and the archenemy of Darna.

On Sunday, December 5, 2021, she introduced her new pet to her Instagram followers.

It seems Janella chose the name Versace because the Italian luxury brand uses the head of Medusa in its logo. In Greek mythology, Medusa is a winged female figure with living venomous snakes on her head in place of hair.

Based on the photo, Janella's pet is a corn snake.

According to SprucePets.com, corn snakes are perfect for first-time snake owners since they are "generally docile, relatively easy to care for, and [do] not get very large."

Janella's celebrity followers were thrilled to virtually meet her snake.

Iza Calzado, who is also part of the Darna: The TV Series remake, commented, "Omg here we gooooo!!! [snake emojis]."

Former FPJ's Ang Probinsyano star Yassi Pressman is excited to introduce her own pet snake to Versace. She told Janella, "Omggggg can be friends with my Banana ~ Fluffy!!!"

Other celebrities and personalities who commented on Janella's post were Debs Garcia, twins Joj and Jai Agpangan, and TV director Alco Guerrero, among many others. 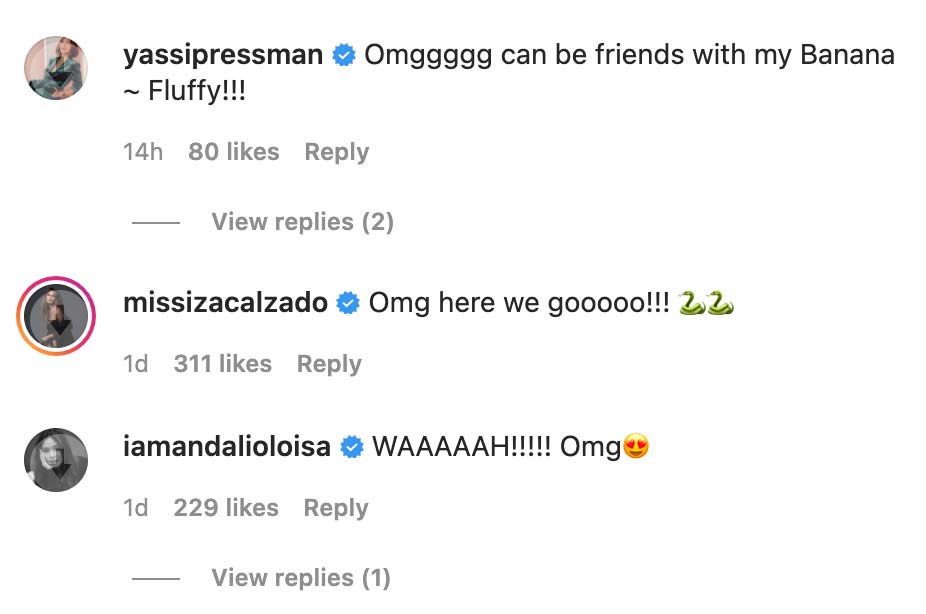 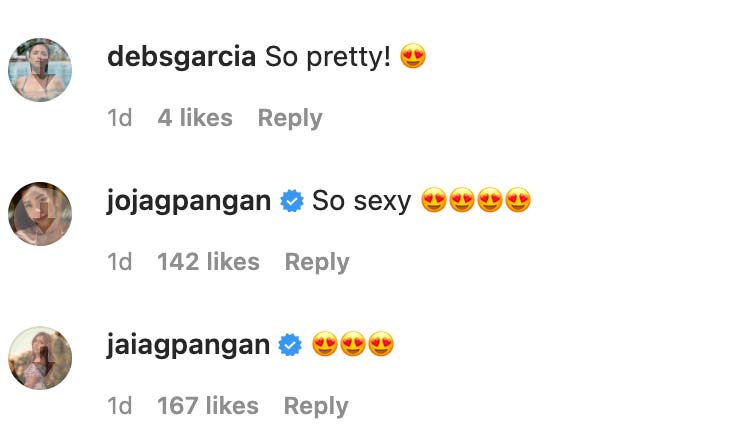