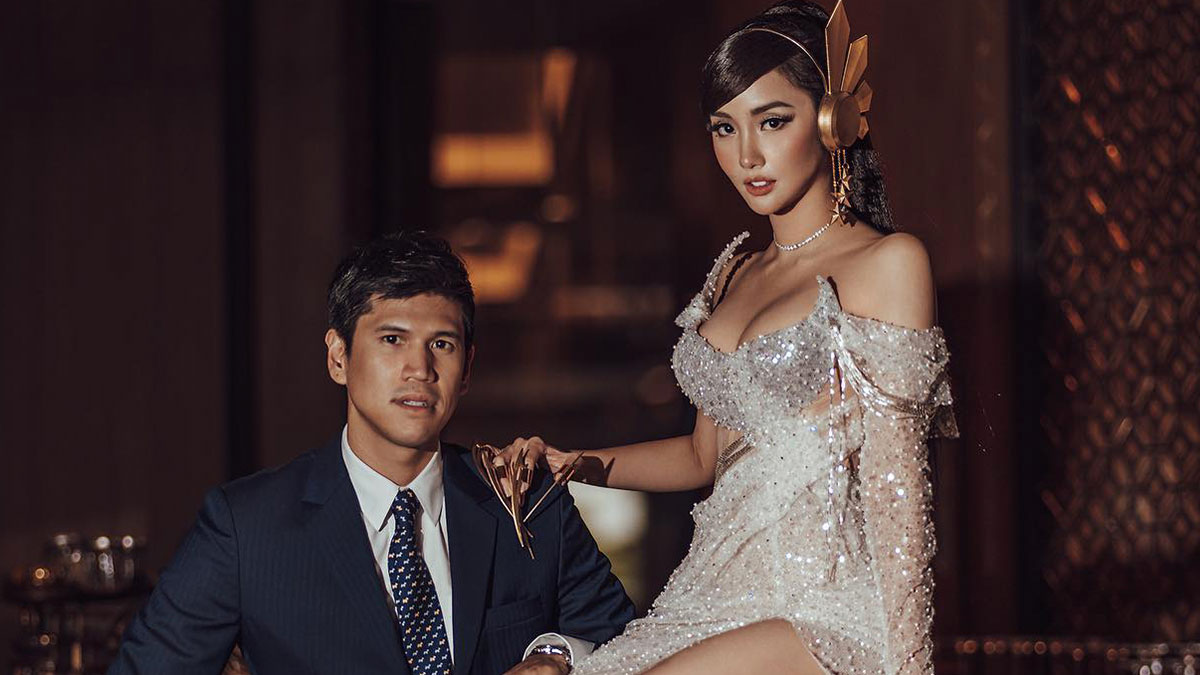 Alodia Gosiengfiao and fiancé Christopher Quimbo have six months to go before they say "I do."

Christopher finished her sentence and said, "February next year."

Alodia has previously revealed that she would like a big celebration so that all their friends and loved ones can celebrate their union with them.

But before they get married, is there anything they still want to tick off their bucket list?

Christopher answered, "Travel... all over the world!"

He continued, "We're so busy. It's so hard to find time, and we're planning a wedding so we're having a hard time.

The couple announced their engagement through a vlog on YouTube last July 23, 2022.

In the same interview, Alodia admitted to feeling nervous for Blacklist International, the Mobile Legends e-sports team managed by their company Tier One Entertainment.

Blacklist International is currently competing at the MPL Philippines Season 10, which also marks the comeback of Jonmar Villaluna aka "OhMyV33NUS" and Danerie Rosario aka "Wise," who skipped the competition's 9th season early this year for a short hiatus.

Early in the competition, Blacklist International ranked 4th among 8 e-sports teams participating in the competition. As of Friday, September 9, 2022, the group was able to retake the lead and is now ranking first among all teams.

Alodia admitted, "A little, medyo kinakabahan but it's okay. Like, I believe in them.

"I mean, they're getting their footing. I mean, it's the first time the group has been back together since season 8 so kaya nila iyan."

Even if she feels a little nervous for her talents, Alodia fully trusts that her team can win back the championship title.

"Usually, I just let them do their thing. I see them after the game. They're usually parang conserving their energy, parang they have their own synergy among the group."

She added, "Ako, chill ako. I know they're the best in their field naman. They're better players than me. So alam nila ginagawa nila.

"And of course, I trust our coach Bon Chan. Sina Dex Star, our analyst. Si Master The Basics. Everyone behind the team."