Rafael Rosell not affected by people calling him "weird" 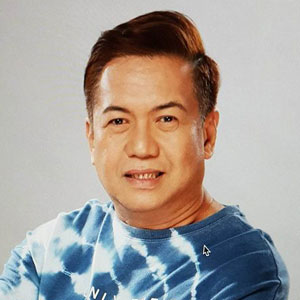 Rafael Rosell doesn't mind people calling him weird because of his lifestyle choices and spiritual beliefs: "You just have to be yourself. If you're trying to please everyone around you, bale failure lang, di ba? Dahil you end up a slave or puppet to everyone else."

Rafael Rosell is not affected at all by comments saying he's weird because of his different views about life and lifestyle.

PEP.ph (Philippine Entertainment Portal) had the chance to talk to the Kapuso actor on March 18, at the event of Nisce Skin ‘N Face in SM Megamall, where two of the clinic's facelift machines, Oxygeneo and Sygmalift, were launched.

He's not exactly vain, but his grooming routine goes beyond coming to Nisce regularly.

He says his glowing skin is partly because of his vegan diet and at least eight glasses of water a day.

RESPECT FOR ALL FORMS OF LIFE. It's been four years since he made the decision to remove meat and fish from his meals.

The actor has strong beliefs about not killing animals for food.

“I have a moment in my life almost four years ago, napansin ko na, you know, all living things para sa akin are living things talaga.

“Being a follower of the Bible, there’s a commandment that says, ‘Thou shalt not kill.’

“So I try as much as I can to practice.”

He doesn't miss eating meat, but he sometimes crave for "galunggong."

With regard to seafood, Rafael pointed out its potential health hazards.

“But I also think that Buddha, ang daming philosophers at prophets na wasn’t taken into account, because of what the government wanted us to know about our religion.

“So I don’t follow any paths, but studied the mountain.

“Or I study all the paths, but more than anything, I want to get to know the mountain."

The actor believes that one doesn't need to go to church or belong to a prayer community to be able to communicate with God.

“Pero to go to a special place where they claim that only God exists there, wala.

“I believe God exists every where kasi.

“YOU CAN'T PLEASE EVERYONE.” Over time, he has learned not to get affected by people who do not share his beliefs.

“Pero I accepted it.

“You can’t please everyone.

“You just have to be yourself.

“If you’re trying to please everyone around you, bale failure lang, di ba?

“Dahil you end up a slave or puppet to everyone else,” said the leading of GMA series Impostora.