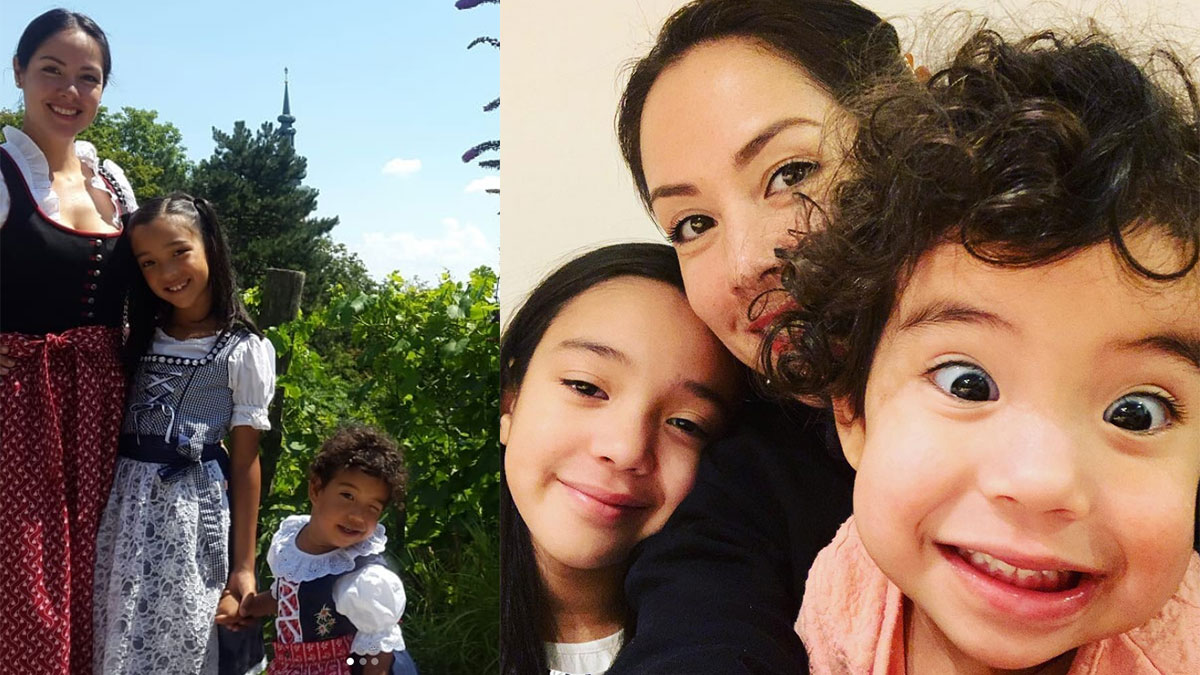 Cindy Kurleto is a hands-on mom to her two beautiful kids: Noa, 9, and Lima, 3.
PHOTO/S: @cindy_kurleto on Instagram

Cindy Kurleto will never forget her role as the fairy Cassiopea in the 2005 series, Encantadia.

Not just because her character and the show were hugely followed by teleserye fans, but mostly because it played a big part in her life as a first-time mom with her elder daughter, Noa.

Cindy recalls, "You know, my daughter, who's now nine, she loves fairies.

"The first time I showed her the picture of Cassiopea with her wings flying, she almost cried, thinking that her mom was a fairy!

Cindy's Cassiopea role in Encantadia was that of a royal fairy who ruled as queen of the kingdom.

Cassiopea was later turned into a seance asking for coins as punishment for breaking the Inang Brilyante.

Cindy left showbiz in 2007 to start her own family, and is now based abroad.

She recently visited Manila for her Myra Ultimate endorsement.

She had an exclusive interview with PEP.ph (Philippine Entertainment Portal) last March 6 at The Gallery by Chelle.

The 40-year-old actress-model described herself as a hands-on mother.

"I’m responsible for everything. They wake up every morning, I make their breakfast.

"I prepare their food. I go shopping with them. I explain their homework to them.”

Cindy understood that her own attitude as a mother has a huge part in shaping her children’s outlook about life.

"I take that very seriously because it really is up to you what kind of world your children would see.”

For Cindy, her greatest reward is seeing her children smile.

"I'm physically tired, but in my mind, I don’t get tired from mothering because I get the immediate nourishment back from their emotions. I don’t find it tiring at all.

"It gives me so much more confidence in myself as a person and as a human being than any admiration in showbiz or in the limelight could have ever given me.”

In raising her kids, Cindy never forgets to instill Filipino values to her children.

This was because of her Filipino mom, who also raised her the Filipino way.

She related, "My mom, in the '60s, came to Australia. She was one of the first thirty nurses to come to Australia and she received the plaque of appreciation from the government for that.

"The reason for that was Australia didn't have nursing staff and so they made contract with the Philippines to send nurses over and they were put in nursing homes.

"They were able to stay there for three years and in those three years my mom met my dad, and so, they got me.

"I was born there and when I was four, my dad left us so I grew up as a single child with a single parent.

"It was just my mom and me, and so, while I was in Australia, I did enjoy what I believe as a typical Filipino upbringing because it was really just her.

"The values, my mom was hard-working, disciplined, passionate, and she was a typical Filipino mom for me."

Now, Cindy is very much excited to bring her children to the Philippines in July.

"I'm gonna travel them here to show them!

"Noa has been here once, but she can’t remember. Lima was just born in 2016 so she has not been here, but I think bringing them here is coming full circle.

"I'm super excited! I’m planning it into detail. I don’t want them to have a single negative experience.

"I want them to arrive and have the best kind of experience they can get from Filipino living."

According to Cindy, changing her priorities brought out the best in her as a mother.

"But in my opinion, that's not the case. I gained so much more by changing my priorities, I was able to live a healthier lifestyle.

"With that shift in priority, I was able to not just do the best and healthiest choices for them, but also for myself.

"One thing that mothers often forget is that the more energy you put out looking after your offspring,..

"How are you supposed to love someone if you don’t love yourself first?"