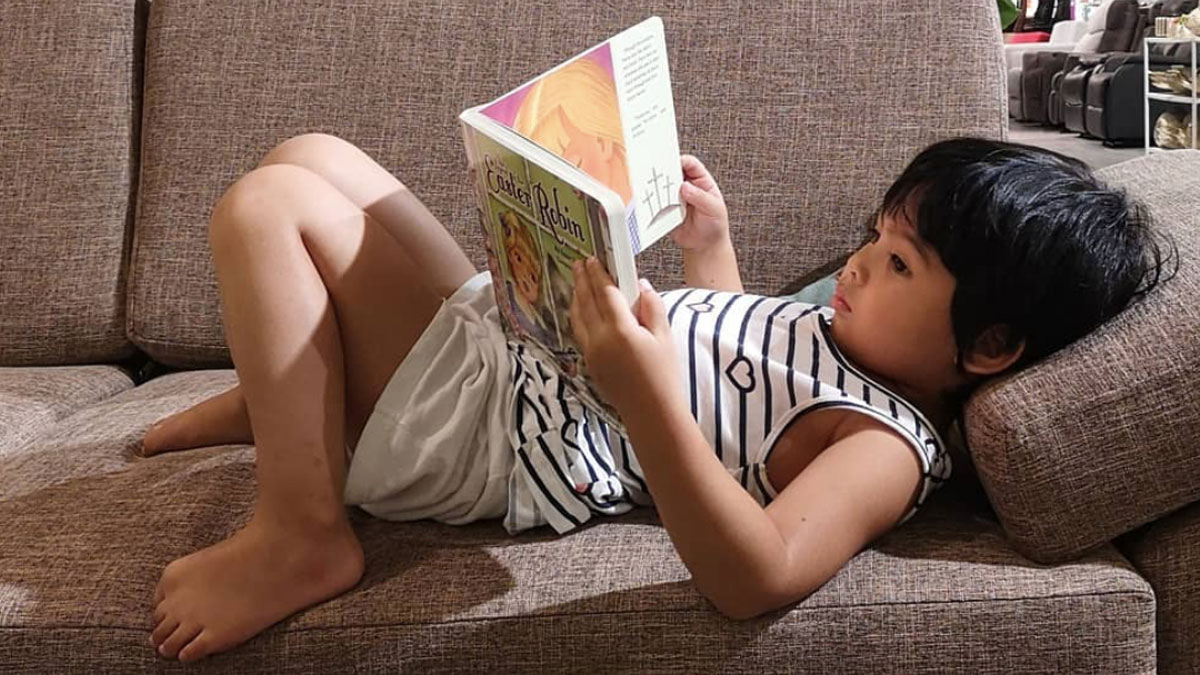 Jennica Uytigco's daughter Mori has learned how to keep herself busy without gadgets. She exclaims, "Gone are the days when she'd go on a full blown tantrum because she wants to use my phone or is too bored to wait for me while I window shop."
PHOTO/S: @jennicauytingco on Instagram

A lot of parents are guilty of this: If they want their child to behave, they give him/her a gadget.

That’s because when a child is glued to the screen, a mom or a dad can finish his/her tasks without interruptions.

But a lot of studies claimed that the temporary solution eventually becomes a bigger problem in the future.

In fact, researchers at the University of Washington learned that modern gadgets are not necessary in child development.

Did you know that for each 30-minute increase in screen time, a child is 49 percent more likely to be at risk of expressive speech delay?

Add to this, Journal of Depression and Anxiety stated that "too much gadget use introduces depression in children of certain ages."

Jennica Uytingco’s latest post revealed how lessening her tot Mori’s screen time taught the latter to play on her own, and, in the process, lessen her tantrums.

Her caption began, "I am sharing this story to encourage parents who raise gadget free children or those who try to limit the exposure of media to continue what you started.

"In the photo is my eldest, Athena Mori. She is 3 and a half years old. I was looking at glasswares that I can turn into a terrarium for @duwendeinapot at a furniture store. When I was done picking and checked the time, it took me an hour in total. I sat opposite to where Mori was and waited while my husband is waiting in line at the check out counter.

"I am in awe of how she managed to keep herself busy with no help from me or her Tatay. In her imaginative mind, she turned a simple chair into a washing machine. A candle holder became a watering can and a picture frame became a blackboard (her fingers were her pretend chalk). She came up to me to ask if we can go. I said Tatay needs to pay first.

"What she did next was open her book rest comfortably on a couch. To think she cannot even read yet! For a whole hour and a half, Mori was such a joy to be with. Gone are the days when she'd go on a full blown tantrum because she wants to use my phone or is too bored to wait for me while I window shop."

The wife of actor Alwyn Uytingco went on to stress the importance of being firm about the do’s and don’ts. If parents always give in each time a kid demands for his/her gadget, his dependence on the gadget is increased.

And pediatricians warned parents about children showing "aggression" when they can’t get online.

Jennica could relate to this.

She continued, "She finally understood that whining, screaming, crying will not get her what she wants. Napapahiya pa ko dati sa palengke, sa park, sa mall. Pinagtitinginan kami ng mga tao but here we are now. All our efforts to make her enjoy the simple things in life, our desire for her to know how to play on her own... It paid off! Worth it mga Inay.

"Kaya mo yan, be clear on what is allowed, what isn't while being calm and respectful to the child."

When parents do this, they should also lessen their use of smart phones whenever they’re in front of their kids.

The mother of two ended, “Most important of all is modelling the right attitude. You want to refrain from using your phone also when they are awake. Read a book, do hand work, chores and they will mimic this without you asking them to do so.

"I AM PROUD OF YOU MORI! Mahal na mahal kita, anak."